[Common Places] New Voices for Theology: Michael Legaspi’s The Death of Scripture and the Rise of Biblical Studies A conventional account of the history of modern biblical scholarship will often begin by looking at some of the great Medieval pashtanim—that is, the pursuers of the literal sense.  Among these is the brilliant Spanish thinker of the twelfth century, ibn Ezra who pointed out that Gen 13:7b (“At that time the Canaanites and the Perizzites dwelt in the land”) could not have been written by Moses because it presumes the vantage point of someone living in the post-conquest period.  By making such observation, Ibn Ezra had already taken the first step toward what became the revolutionary Graf-Wellhausen hypothesis of four sources represented by the sigla J, E, P, and D.  Ibn Ezra also posited two authors for the book of Isaiah, an insight that became one of the most durable findings of the modernist project.  One finds theologians of all stripes referring to “Second Isaiah.”

On this reading of the matter, modern biblical criticism is a bold adventure launched by honest and courageous persons seeking to explain various literary puzzles in the Bible.  The only reason to resist such modernist approaches would be motivated by religious fundamentalism that felt compelled to harmonize every aberrant detail.

There is much truth to such a genealogy.  It wasn’t that modern criticism (at least at first—things have become much more complicated in the last several decades) was anti-theological; rather, it wanted to ground theology on a more empirical reading of the ancient record.

But there is also much that is wrong in this commonly rehearsed account.  In his extraordinary book, Michael Legaspi provides us with a vastly different way of telling the story.  Truth be told, this is not an account of the origin of the critical project tout court.  That would take a volume several times larger than this.  Legaspi instead puts his focus on the figure of Johann David Michaelis (1717-91) and his role in establishing a place for the field of biblical studies in the newly formed University at Göttingen.

What was new to me was the complex role the theological disciplines played in the evolving German Universities.  Two issues were in play.  First, there was the growing interest in unifying the various German regions into what would eventually become a single state.  Second, there was the legacy of unresolvable theological disputes between the Reformed, Lutheran, and Pietistic sects.  (On this story, one should compare the recent book of Brad Gregory, The Unintended Reformation; there is considerable overlap on this point.)

In order to contribute to the project of German unity, it was crucial for the theological faculties in these nascent universities to bypass the disputes of earlier generations and refound their disciplines on questions that were more irenic and consensual in nature.  As Legaspi puts it (p. 36):  “Scholars, as state employees and vendors had to be managed appropriately: hired, fired, disciplined, praised, or cajoled until they fell into line with the educational ministry.  In this period, the ‘original ecclesial and corporate character of the universities was being lost.’”  In short, the critical project initiated by Michaelis was not driven by the constraints of intellectual freedom to follow the exegetical data wherever it might lead.  Rather, its main function was to suppress confessional identity and to establish a new discipline that would avoid disputed areas of theological inquiry.

For Michaelis this meant reenvisioning the Bible as a form of “classical” literature.  For this reason he was drawn to the researches of the Oxford scholar, Robert Lowth (1710-87) whose work refocused the reader’s attention on the poetic form of the prophets.  (A story told by James Kugel’s influential volume, The Idea of Biblical Poetry, on which Legaspi draws.)  Poetry in Lowth’s view (p. 108) “must be allowed to stand eminent among the other liberal arts; inasmuch as it refreshes the mind when it is fatigued, soothes it when it is agitated, relieves and reinvigorates it when it is depressed; as it elevates the thoughts to the admiration of what is beautiful.”  It was not the theology but the literary character of the Psalms which “elevates” and wins “admiration” from its readers.  Michaelis was enthralled by the lectures of Lowth.  He brought his work back to the Continent amid great fanfare.  As one scholar noted, no other biblical scholar has had such an effect on German scholarship as Lowth.  And not just scriptural scholars but also figures such as Goethe, Mendelssohn, and Herder.  “As a result,” Legaspi concludes (p. 128), “the point of contact between ‘biblical poetry’ and the individual was not identity in a community of faith united by canon but rather faculties of aesthetic judgment.”

In his last chapter, Legaspi comments on the broad success of Michaelis’ project.  Not that all his specific research proposals carried the day.  In fact, few of them did; most were overturned within a generation.  But the larger project itself, that is, the desire to find a non-confessional foundation for biblical studies, continued unabated.  Legaspi sums this up well when he writes (p. 165):  “Guided by methods and assumptions that reinforced the statism and irenicism of the Enlightenment cameralists, the new discipline of biblical studies allowed practitioners to create a post-confessional bible by reconstructing a pre-confessional Israel.”

The last few pages of the book bring the results of the study into the present day.  Here the reader hopes for more, but we will have to await another volume.  Legaspi gestures approvingly toward the thesis of James Kugel that there is an unbridgeable divide between academic and churchly exegesis.  Though I am sympathetic to much of what Kugel writes, I think that the program of Brevard Childs offers a better way forward.  But these are not questions central to Legaspi’s project so a criticism of his brief remarks on these matters would not be fair.  We’ll have to await future publications to see Legaspi’s more mature thoughts on this question.

Gary A. Anderson (PhD, Harvard University) is Hesburgh Professor of Catholic Theology at the University of Notre Dame. His interests concern the religion and literature of the Old Testament/Hebrew Bible with special interest in the reception of the Bible in early Judaism and Christianity. His most recent books are Charity: The Place of the Poor in the Biblical Tradition and Sin: A History.

Gary Anderson
Gary Anderson is Hesburgh Professor of Catholic Theology at the University of Notre Dame. He has an MDiv from Duke University and PhD from Harvard University. His most recent books are Charity: The Place of the Poor in the Biblical Tradition and Sin: A History.
Next Post
Remnantal Revelation: Why Non-Christian Religions Exist 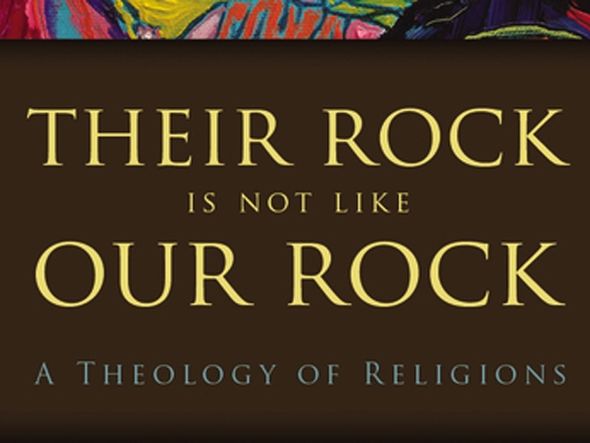 Remnantal Revelation: Why Non-Christian Religions Exist Out of what are non-Christian religions fashioned? From where did other religions come, and why do they exist? These que...
Your form could not be submitted. Please check errors and resubmit.