Over the years, there has been something of an identity crisis in the disciplines of biblical studies and theology. Where universities once were the anchor for theological thought, these disciplines are now often marginalized and confused as to meaning and purpose.

The Bible and the University addresses this crisis by offering a series of essays, which consider:

Today, Dallas Willard shares a struggle common to the West generally and academy specifically, the struggle of "knowledge"—who has it, who doesn't, and what it is. As he outlines below, this "struggle" has been especially acute between "the Christian religion and alternative sources of knowledge that arise out of the Renaissance and early modern science and its developments."

Read his excerpt and engage this book yourself to see how the Bible and university can coexist. Also, check out the Scripture & Hermeneutics Pack (Just $150 | Retail Value $300).

The Bible, the University and the God Who Hides

Human beings stand in their world condemned to act, and to act on the basis of whatever ideas, images, beliefs, impulses, desires and emotions they may have in the moment of action. We have no choice about that. We may have some choice about what ideas, beliefs, impulses, etc. will be available to us in future situations where we must act. That will largely depend upon what is given to us from the world we come into and what we are prepared to do now. But whatever world we come into, the human problem is to find in knowledge a solid basis for action. This problem cannot be solved by individuals on their own. Each one may contribute to the solution, and none can be totally passive. But the standing sources of knowledge and wisdom available in and through our social world are indispensable to the individual as well as to groups. The university is such a ‘standing source.’ What individuals could do on their own, starting from nothing, in the area of mathematics or anthropology, for example, would amount to very little. What they can do by accessing the knowledge and practice already acquired, and available in various forms in their social world, is very great, and a potential source of much good that is otherwise impossible. This applies to all areas of knowledge, but especially to the area of practical wisdom: How to live? That is where the Bible comes in. Or should.

It is of the nature of human knowledge, in whatever field, to grow transgenerationally and to deposit its gains in various ways that make accessible to any subsequent generation the learning of the past. But knowledge is indeed power, and reputation for knowledge gives authority and the right to act and direct others, individually or through policy. This leads to struggles between individuals and groups to control knowledge: to possess it, keep it away from others, to sell it at a price, to defend its status as knowledge and to attack the claims of others who advocate alternative sources of knowledge. If one thinks only for a minute one realizes how common these struggles are today on the national and international, political, social and moral, scenes. Consider, for example, the issues surrounding nuclear technology, ‘alternative medicine,’ gay ‘marriage’ – not the mention the primary question of what God wants of us.

In the history of the Western world there is no more continuous and momentous struggle over knowledge – who has it and who does not, and what it is – than that between the institutions of the Christian religion and alternative sources of knowledge that arise out of the Renaissance and early modern science and its developments. As the centuries rolled by, these alternative sources of knowledge progressively developed a freestanding intellectual class and took over the institutions of education. The progressive secularization of those institutions culminated, during the late nineteenth and twentieth centuries, in the rejection of religion and its institutions as sources of knowledge about reality and life, and, very largely, as sources of wisdom to guide life. As a part of this process the Christian Bible lost its long held position in Western culture at the center of higher education, as the fundamental avenue to knowledge of ultimate reality and
of what is good and right. But the Bible did not go away. It is still here. And, for all the sound and fury, nothing has replaced it as a source of knowledge about life. There is nothing that remotely compares to the biblical figures, stories and teachings as a presence that frames our thought and practice. One has only to look at the facts of street-level culture – TV and cinema, art and magazines – to see that this is so. Yet, the institutional authority concerning what counts as knowledge in our world, the university system with its professional off-shoots, does not accept the Bible as a source of knowledge about life and reality. What happened? Did someone discover that it is not such a source?

I want to say immediately that this was not discovered by anyone. Many things were discovered in the course of the historical process referred to, and many things that had been claimed to be known by religious leaders and institutions were found out to be false or ill-founded. We gained a great deal of knowledge about the Bible and the church as historical realities. But what really happened to put the Bible in its present position with reference to higher education can be roughly described as follows: A broad-based cultural development occurred, beginning in the 1600s and onward, that created a set of secular myths. These became dogma (things unquestionable and unquestioned by those ‘in the know’) in circles of higher education during the first 60 years of the twentieth century – a period in which, not incidentally, higher education was institutionalizing itself as a freestanding profession, with sub-professions for each academic division.

A favorite mode of secular myth-making is telling a story which supposedly lets you in on the secret of how something came about, in a way that leaves you to think some previously unquestioned teaching is false. This strategy was perfected in the nineteenth century by such thinkers as Nietzsche, a master of retrospective ‘debunking.’ (Recall his story, told in The Genealogy of Morals as well as other works, of how resentful slave-priests inverted the healthy moral values of classical Greece and Rome to make sickly, repressive, Judeo-Christian values supreme.) But one also sees this mode of ‘explanation’ very clearly in the story – repeatedly presented on Public Television during Christmas and Easter as established truth, or at least an academically ‘respectable’ position – that the Apostle Paul is responsible for inventing and transmitting the views about Christ that became orthodox Christian teaching. The Da Vinci Code is entirely nested in a set of secular myths about religion, the church, and the non-resurrection of Christ that are accepted as authoritative by those ‘in the know’ and lie unquestioned in the mind of people whose view of truth is shaped by bestsellers and movies.2 These myths are usually accompanied by powerful images of a pure and brave individual standing against corrupt and oppressive institutions.

The Bible and the University

Jeremy Bouma
Jeremy Bouma (Th.M.) has pastored on Capitol Hill and with the Evangelical Covenant Church in Michigan. He founded THEOKLESIA, which connects the 21st century Church to the vintage Christian faith; holds a Master of Theology in historical theology; and makes the vintage faith relevant at jeremybouma.com.
Next Post
Sanders, Childs, Bakhtin and the Canonical Approach to Biblical Interpretation 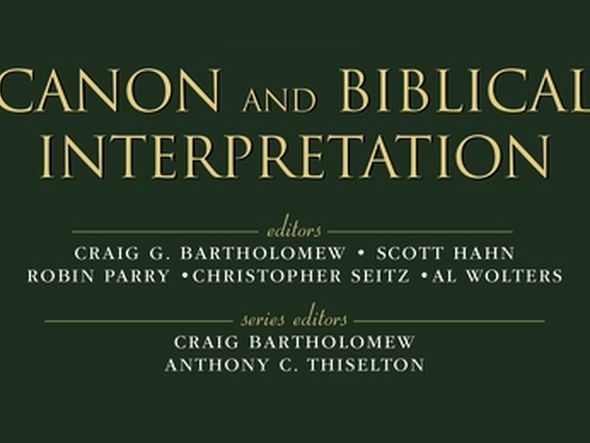 Sanders, Childs, Bakhtin and the Canonical Approach to Biblical Interpretation The controversial status of the so-called canonical approach to biblical interpretation is almost as old as the Christia...
Your form could not be submitted. Please check errors and resubmit.