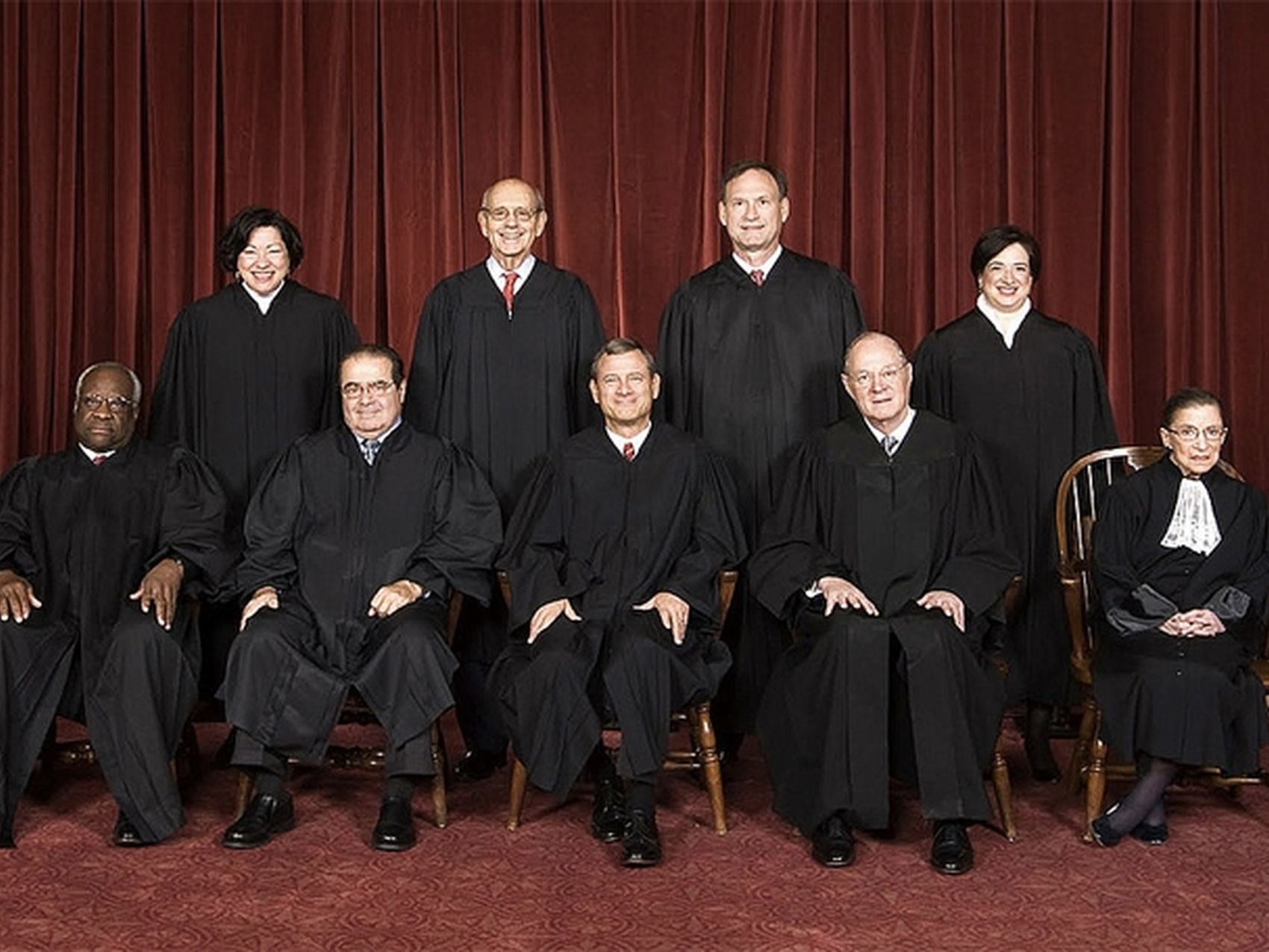 This week, the Supreme Court heard oral arguments on whether the U.S. Constitution requires the redefinition of marriage to include same-sex couples. It was an historic day. While no side can predict how the Court will rule, all evidence suggests the justices remain deeply divided on the issue of same-sex marriage.

Below are the top ten most important questions that Supreme Court justices asked lawyers from each side of the cae. We’ve provided brief answers to these questions in hopes of helping Christians think through marriage’s importance to the common good. [Note: These questions are summarized and not exact quotations from the justices.]

Michael Lindsay, the president of Gordon College, spoke this morning to the Q Ideas conference here in Boston. He, and the college he leads, are under severe attack for holding to orthodox Christian teaching on LGBT. Gordon is Evangelical, but very far from a fundamentalist stronghold. Yet they are seen by many people — many powerful people — as a bastion of bigotry...

Andrew Sullivan was next on the stage, and engaged in a conversation with Q leader Gabe Lyons. Andrew — who is far less frantic, and far more serene, than I’ve ever seen him; leaving the Internet was plainly good for his health — was visibly moved by Lindsay’s remarks.

“It’s inimical to me that any religious entity or organization should be compelled by government to compromise any jot or tittle of their doctrine,” Andrew said.

James Crossley on Jesus and the Cynics

At the recent God, Religion and Politics: Election 2015 seminar, there was a non-polemical discussion between Michael Sandford and Justin Meggitt about Jesus and the Cynics after Meggitt’s paper, ‘Jesus, Insurrection and the Politics of Prefiguration’. One striking thing about this was that a discussion about Jesus and the Cynics could actually be non-polemical as this topic must have been one of the most polemical in recent historical Jesus scholarship. In fact, I recall Sandford giving a paper a few years back on how the Jesus movement along with various other groups interacted with socio-economic issues. These different perspectives included Essenes and/or DSS, prophets, bandits etc. and…Cynics. Sandford never made any strict connections (as far as I remember) but rather showed the sorts of ideological engagements that were taking place, as well as placing an emphasis on eschatological traditions which were sometimes seen as inherently antithetical on both sides of the debate. Nevertheless, there was a heated reaction from the some members of the audience about the use of Cynics in Jesus studies (bandits also provoked a reaction, but that’s for another time).

RA Torrey on Christ's Fullness, and Our Fullness in Him

We begin today the study of another of Paul’s wonderful letters to the churches. It was written at about the same time as the letter to the Ephesians and send by the same messenger, Tychicus (ch. 4:7, cf. Eph 6:21). It contains many of the same truths that are contained in the letter to the Ephesians, but those truths are looked at from another point of view. Its agreements with and differences from the Epistle to the Ephesians are alike interesting and significant. These agreements and differences are well set forth by Bishop Moule in a scholarly yet popular way in the Introduction to the Epistle to the Colossians in the Cambridge Bible for Schools and Colleges.

The one great distinctive doctrine of this epistle is that Christ Jesus, the Son of God, is “the first born of all creation,” the source and head not only of the church but of the whole created universe, the heavens and earth and all they contain, including the thrones and dominations and principalities and powers and the invisible angelic world. Its great theme is the fullness that there is in Christ and our fullness in Him.

Prior to the war, Christians were 10 percent of Syria’s population, but faced with such carnage, scores have fled. The roots of the faith in the country reach back to the age of the apostles, but today Jeanbart warns ominously, “We could disappear.”

Despite it all, Jeanbart vows he will “never stop fighting” to keep the Church alive. (The Melkite Greek church is an Eastern Catholic Church in full communion with the Holy See.)

Jeanbart sat down for an exclusive interview with Crux on April 25 during a tour of the United States sponsored by Aid to the Church in Need, a Catholic group supporting persecuted Christians...

The following are excerpts from that conversation.