Hebrew and You with Lee M. Fields: Darkness and Dawn (Joel 2:2) 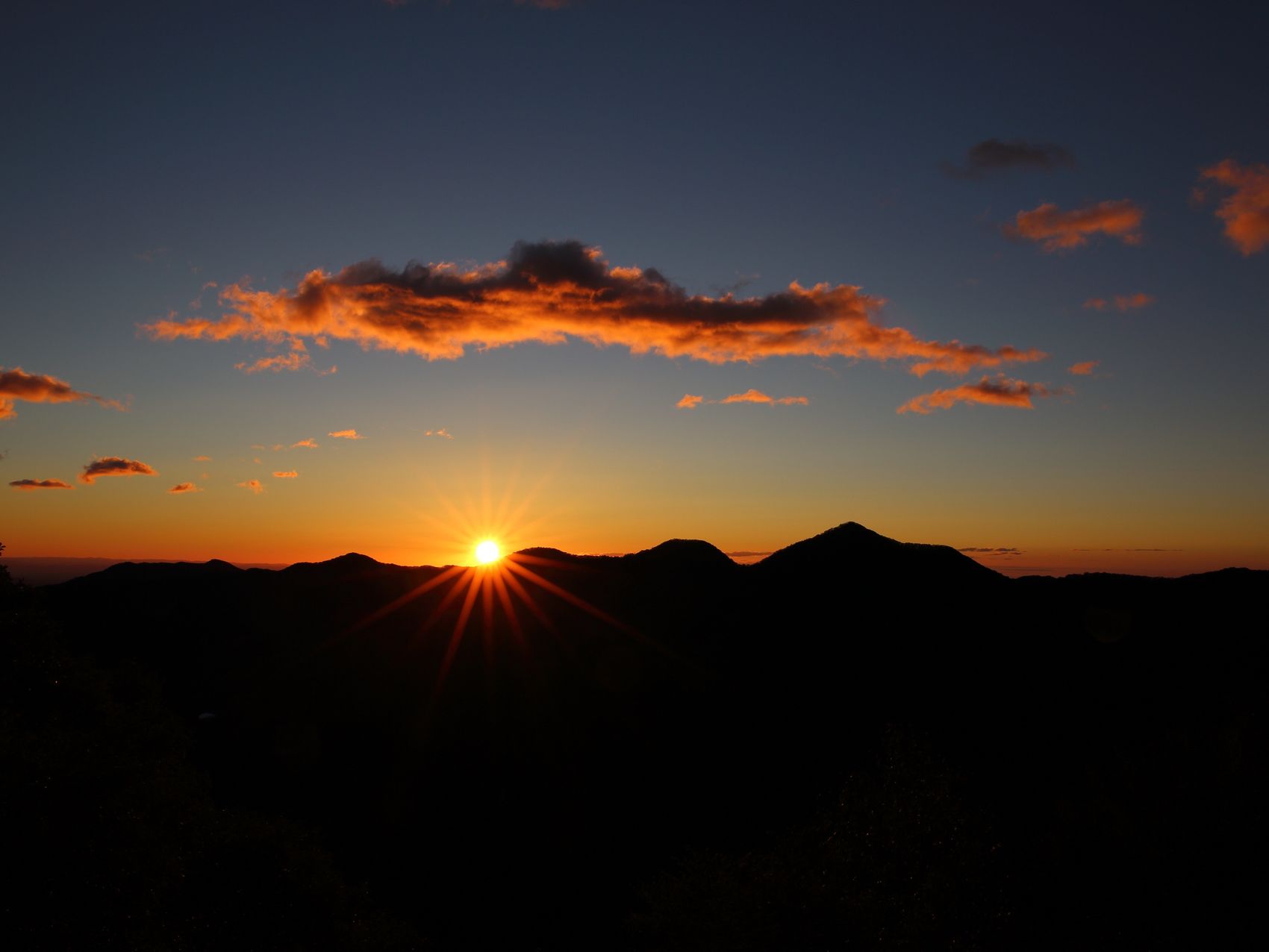 Joel was apparently closely associated with the temple in Jerusalem (Joel 2:17, 32; 3:1, 16); if so, he was a prophet to Judah in the pre-exilic period. In ch. 1 Joel describes the terrible devastation of the crops due to natural causes that the Lord had brought about and the resulting plight of the people (cf. Lev 26:19–20; Deut 28:23–24). In ch. 2, the Lord warns of a future calamity, either further natural invaders or invading human armies (Joel 2:3–11).

In Joel 2:2, the ESV (so also NRSV, NET, JPS1917) differs from the NIV (so also NASB, KJV [morning], NLT, and supported by the Septuagint) in the bolded type. The Hebrew form is כְּשַׁחַר (kešaḥar), comprised of the prefixed preposition כּ (k) followed by the noun with Masoretic pointing שַׁחַר (šaḥar), “like dawn.”

Many scholars have recognized that the four elements in the first line all are connected by the inhibition of light. That makes the use of the word “dawn,” the encroachment of light, surprising.

In the OT, dawn (šaḥar) is found 22 times (24 according to Even Shoshan, Concordance to the Old Testament). The beginning of the day typically marks the initializing of some important sequence of events: the time of the discovery of the secret, violent rape/murder leading to violent retaliation (Jdg 19:25); the occasion for Saul to begin actions as the king of Israel (1 Sam 9:26); the beginning of the workday of a major rebuilding the city wall (Neh 4:21); the commencement of the impact in the world from the righteous deeds of the faithful, exilic community (Isa 58:8); the beginning of a flight from destruction (Gen 19:15); the initializing of the victory over Jericho (Jos 6:15). Most of these involve both favorable outcomes for those aligned with the Lord and negative for the enemies.

The alternative translation, as in the ESV above, involves simply changing the Masoretic vowel points to כִּשְׁחֹר (kišeḥōr), in which šeḥōr means “black.” The Biblia Hebraica Stuttgartensia (BHS), suggests this, and so does Athalya Brenner, Colour Terms in the Old Testament (vol. 21, Sheffield: JSOT Press, 1982), 95. The Biblia Hebraica Quinta (BHQ) apparatus, however, correctly points out that this emendation has no ancient support, and is purely conjecture by the BHS editors. This word šeḥōr only occurs six or seven times in the OT (the verb “to become šeḥōr” occurs once at Job 30:30), but it is the common word for the color. The metaphorical meaning of black is not directly clear in these few passages (cf. Zech 6:2, 6), but is seen more directly in later literature, (Rev 6:5, 12; Sirach 25:17, the latter with the verb form used to describe the countenance of an evil woman). The contrast between light and darkness as goodness and evil is common in Scripture and beyond (see in the Dead Sea Scrolls “the sons of light” versus “the sons of darkness” in 1QS col. I, 9–11, and a similar contrast made by Jesus in John 12:35–36; and Luke 16:8, and many other places).

Both translations can make sense. In the first alternative, though the approach of dawn is usually a positive image, in Joel 2:2, the image is negative, one of punishment for the Lord’s wicked nation. The effect on the meaning of the verse would be that the invading hoard is approaching as surely as dawn pushes away the shadow of night from the hills. In the second alternative, the image of “black” is negative, and does seem to continue the concept of gloom in the first line. The effect on the meaning would be that the invading hoard is itself an evil instrument of judgment.

What Do You Think?

1. The Masoretic vowel points were placed in the text much later, but they often preserve older traditions of pronouncing the text, and therefore ought to be respected (see Fields, Hebrew for the Rest of Us, 19–20, 39–41). Is there sufficient evidence to preserve the original Masoretic pronunciation or to deviate from it?

2. Which translation pattern seems best in the context of Joel 2:2?

3. One of the guidelines (not fast rules!) of textual criticism is that the more difficult reading is to be preferred, since scribes tend to make intentional changes in order to clarify meaning, rather than to obscure it. (For a simplified introduction to textual criticism, you may find helpful Hebrew for the Rest of Us, 41–43.) Knowing that the BHS is based on conjecture, how does this guideline affect your view of the best translation?

4. And finally, a brief devotional thought: if we understand the reading “dawn” and take the invaders as the Lord’s punishment of his unrepentant people, the punishment can be viewed as having a positive effect precisely because it brings light to those who turn to it and to the Lord who brings it. While I do not believe that there is a one-to-one correspondence between a circumstance and one’s behavior (Matt 5:45) without an inspired prophet, still we learn that we must watch that our hearts be soft before the Lord (Isa 42:3; Matt 12:20).

Photo by kazuend on Unsplash.

Lee Fields
Lee M. Fields writes about the biblical Hebrew language, exegesis, Hebrew translation, and related topics. He is a trained Hebrew scholar with a PhD from Hebrew Union College and is Professor of Bible and Theology at Mid-Atlantic Christian University. He is author of Hebrew for the Rest of Us and co-editor of Devotions on the Hebrew Bible.
Featured Product 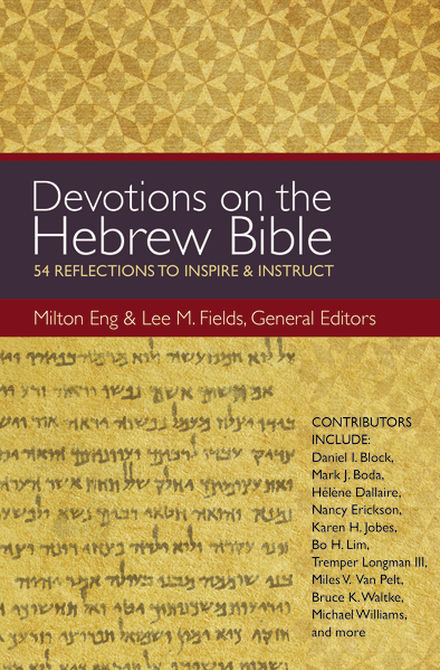 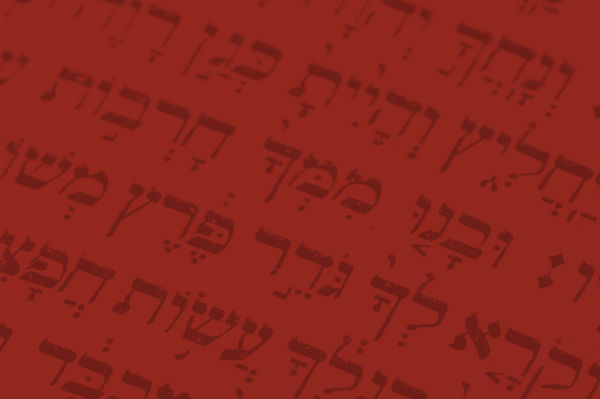 Hebrew for the Rest of Us Instructor: Dr. Lee M. Fields
The Hebrew for the Rest of Us course provides a guide for English-only readers to understand the language of the Old Testament enough to work with the Old Testament in more detail and to understand the secondary literature on the Bible that uses Hebrew directly.
Course Details
View Course
Next Post
What Really Happened at Jericho 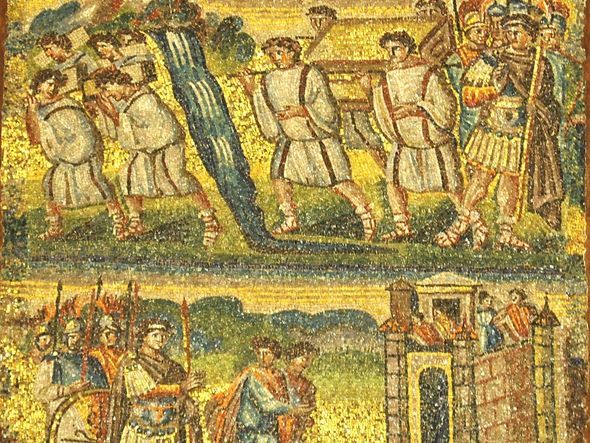 What Really Happened at Jericho This post is adapted from Lissa Wray Beal’s commentary on Joshua in The Story of God Bible Commentary and her video lect...
Related Posts
Of Heroes and Hearsay - Hebrew and You with Lee M. Fields Recently I heard on a Christian radio station a one-minute devotion on Gideon. The speaker began by pointing out the popularity of various comic book superheroes. Then he transitions into Sc...
Lee Fields April 23, 2018
Your form could not be submitted. Please check errors and resubmit.