Murder, defined as unlawful and premeditated killing of another person, is commonly deemed to be wrong. There are some, however, who believe all killing is unlawful and therefore wrong, and some Bible-believing people base this on the KJV translation of Exod 20:13, “Thou shalt not kill.” This creates a tension within the OT, however, since the Israelites are commanded to kill, whether it be enemy nations or perpetrators of certain crimes. Other Modern translations render the command, “You shall not murder” (NIV, NASB, ESV, NRSV, etc.). This alleviates the tension, but might it lead to other confusion instead?

The commandment in Exod 20:13 is only two Hebrew words: לֹא תִּרְצָח (lōʾ tirṣāḥ). The negative particle לֹא is the general negative making the prohibition permanent (see the March 2015 column, No “Yes,” But Two Nos: Zechariah 1:4). The question is: What is the range of meaning of the word תִּרְצָח?

Distribution of the Root רצח

Recall that Hebrew has seven basic stems that can be grouped in to five categories, two pairs of the seven being simply active and passive voices of a stem: Qal, Niphal, Piel+Pual, Hiphil+Hophal, and Hithpael. The meanings of the root is the various stems often follows patterns, but is often unpredictable. Therefore, when studying a verb, each of these stem categories must be treated as a separate vocabulary item.

The root רצח appears as the verb 47 times in the Hebrew Bible. Here is the distribution of רצח in the various stems:

Stems of רצח in the Hebrew Bible The vast number of occurrences are in the Qal stem, and since our passage is as well, it is those 40 that will claim most of our attention. We will include also the Niphal, since it functions as the passive of the Qal.

In the Qal, 32/40 are the active Participle. Twenty of the occurrences are in Num 35, the chapter on the law of the cities of refuge. Of these twenty, 18 are the Participle used as a substantive referring to the person who commits this act. These laws are treated again more briefly in Deut 4:42; 19; Josh 20–21.

The range of meaning is as follows:

To these we add the following:

Here are some observations:

So, what is this commandment prohibiting? It is probably prohibiting both murder and manslaughter. It is not prohibiting authorized execution of people guilty of certain crimes.

Conscientious objectors deserve respect, but I do not think Christians must become pacifists, in order to obey NT teachings. Retribution is a function of government established by God (Rom 13:1–7). Even accidental killing, though, is a serious matter. Each life is precious to God. Distinct from the role of government is the role of the individual. Jesus’ teaching as recorded in Matt 5:21–26 brings us to the realization that how we treat and even think about others is serious as well.

(Image:"Cain after murder of Abel." Licensed under Public Domain via Wikimedia Commons)

Lee Fields
Lee M. Fields writes about the biblical Hebrew language, exegesis, Hebrew translation, and related topics. He is a trained Hebrew scholar with a PhD from Hebrew Union College and is Professor of Bible and Theology at Mid-Atlantic Christian University. He is author of Hebrew for the Rest of Us and co-editor of Devotions on the Hebrew Bible.
Next Post
The Avalanche of Sin – Spotlight on WBC: Genesis, $9.99 Each for a Limited Time 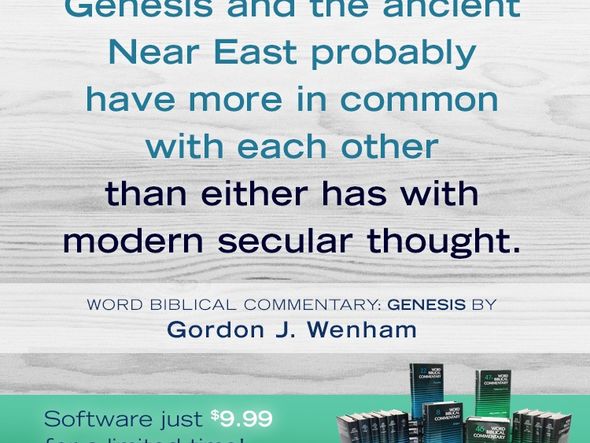 The Avalanche of Sin – Spotlight on WBC: Genesis, $9.99 Each for a Limited Time Did you know that for a short time, all Word Biblical Commentary volumes are on sale at Logos, Accordance, Olive Tree, a...
Your form could not be submitted. Please check errors and resubmit.