Thinking the holy for Christians, and specifically for reformational Christians, appears a difficult task. It remains needed, however, for the prophetic and apostolic witness to Jesus Christ insists on the importance of holiness from start to finish.

Many view holiness as accidental or expendable or even as a legalistic and conformist posture opposed to the freedom of the gospel. But Sanctification is one of the gifts of the gospel of Jesus Christ. In today's excerpt from Sanctification, author Michael Allen explains why holiness deserves such consideration and how it requires a steady focus on the holiness of God. 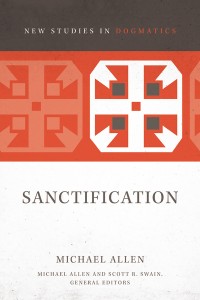 As Moses would tell you, you have to approach the holy in the proper way. The burning bush demands a specific posture and mode of spiritual preparation. The present book addresses holiness from a particular angle, not by approaching holiness in general as some sort of phenomenological or cultural ideal or experience, but by reflecting upon holiness in the sphere of the gospel, that is, holiness in the wake of the economy of the triune God’s life-bestowing grace. We will be working through the question of what is “evangelical holiness.” That matchless seventeenth century theologian John Owen regularly spoke of evangelical holiness in his attempt to veer away from the dangers of moralism and antinomianism alike.1 Doing so means relocating talk of the holy by framing it in light of the gospel; it means addressing the holy not directly but only indirectly, in light of the story of the gospel of Jesus.

Holiness deserves thoughtful consideration. We are called to be holy. The demand means that it cannot be sidestepped or ignored. Yet there are many factors militating against careful ref lection on holiness. Any initiative focused on holiness does well to be cognizant of these challenges— as well as the force and allure of them. Historically, much that has gone under the name of holiness has, in fact, been mere cultural preference: the ills of colonialism or bigotry continue to linger as a threat for holiness run amok. Culturally, holiness has sometimes gone hand in hand with arrogance or elitism. Christians press into the nature of and calling to be holy with great peril unless they are cognizant of the dangers of confusing their preferences and practices with those of God Almighty. Thinking the holy can seem narrow-minded, legalistic, and presumptive.

Holiness is also a difficult topic for those who live in the churches marked by the Protestant Reformation. From the earliest days of the first generation of Reformers, the charge of moral laxity, or antinomianism, emerged from the lips of their detractors. Salvation in Christ alone was said to be completely external and, thus, nothing more than a legal fiction that left sinners undisturbed and no better off than before, morally speaking. Some responses to these charges risked compromising the Reformers’ emphases on Christ, grace, and faith—emphases that were so dear to the Reformation itself. Therefore, we must note that reformational Christians remain aware of the dangers of either describing grace in a way that never connects the centrality of Christ with the conformity of the sinner unto Christ’s image, or of doing so only by somehow failing to hold fast to the reformational principles: solus Christus! Sola gratia! sola fide! Thinking the holy can seem like a pipe dream, or it can be approached only by endorsing a neonomianism, a higher life, or an addition to the apparently insufficient work of Jesus Christ.

Thinking the holy for Christians, and specifically for reformational Christians, appears a difficult task. It remains needed, however, for the prophetic and apostolic witness to Jesus Christ insists on the importance of holiness from start to finish. God is holy. The world is meant to be made holy. Sin ruins the holy. The holy is promised anew. Christ is holy and makes holy by his Spirit. The economy of the gospel demands that we confess not only that Christ brings life, blessing, and, fundamentally, God to us, but that in so doing he brings holiness along the way. And the triune God not only delivers holiness according to the Scriptures, but God does so with respect for all life—people, persons, natures, practices, habits, and acts.

My approach to evangelical holiness sits rather uneasily alongside typical reflections on holiness and Christian morality. The considerable literature that has emerged in those areas focuses upon matters of communal and political formation, psychological and therapeutic development, and missional and evangelistic callings. Thankfully such intellectual excursions do not always happen apart from any prompting and directing by biblical and specifically christological material. When the literature turns christological, it presses into the shape of the incarnational ministry of the Son: his life, teaching, and passion. When ethical material does listen to christological prompting, however, it is primarily in the past tense and focuses on the finished work of Christ. By contrast, some of the matters that are most central to my account—Christ’s pre-and post-incarnate existence—languish on the margins of ethical reflection.

My suggestion is that an evangelical account of the holy requires a steady focus upon the holiness of God, that is, the holiness of the inner triune life, so that its communication to creatures can be registered as truly gracious, that is, miraculous and free. In addition, to appreciate the christological context of the holy and of the ethical life requires attention
not only to the past tense of the gospel but also to its present and future tenses, which are the continuing ministry of the risen Christ by his Spirit and its promised completion in glory. In other words, while my focus upon evangelical holiness does center our reflections on the person and work of Jesus Christ, this center exceeds our myopic disciplinary or imaginative reductions.

Perhaps an example can be used to clarify these differences. One particularly powerful recent attempt to set forward a distinctly Christian approach to ethics has been offered by Stanley Hauerwas and a number of his students. Hauerwas has always been perceptive to the ways in which political entanglements can affect the parameters of Christian discipleship and ecclesiastical witness. In particular, Hauerwas registered the impressive influence of liberal political philosophy upon ethics in the mid-twentieth century. Religion was located in the private sphere, and a uniquely Christian witness in various facets of life was thus problematized. He has offered lengthy analyses of the work of political philosophers, such as John Rawls and Richard Rorty, in seeking to untangle the liberal legacy from the inside out.

A number of philosophical resources have been employed by Hauerwas to help register the failures of modern liberalism and then to suggest a path forward. Ludwig Wittgenstein’s epistemology and philosophy of language proved influential to Hauerwas’s early work, serving Hauerwas as an analytic tool to note the communal shape of learning, reasoning, and valuing the true, the good, and the beautiful. Recent essays show that this Wittgensteinian influence has continued to shape Hauerwas’s thought for decades now. A while later, the contributions of Alasdair MacIntyre were added, in particular his notable work After Virtue. MacIntyre provided a genealogy of why ethics was in such a hard place in late modernity and what sort of tradition would be necessary to render it viable again. In his memoir, Hannah’s Child, Hauerwas identifies the seismic influence of MacIntyre’s book:

I like to think that this book changed the world. At least it changed the world in which I worked . . . Without the kind of philosophical work that MacIntyre represents, theology threatens to be an esoteric discipline available only to those on the inside. Alasdair (and Aristotle) provided me with the conceptual tools necessary to show that knowledge of God and what it means to be human are inseparable.

In many ways, Hauerwas’s work has always functioned to connect ethical issues with deep philosophical resources. In his memoir he notes that this has been his real contribution. But philosophy has been a tool for doctrinal development. In particular, the Wittgensteinian grammar of knowing and the MacIntyrian approach to formation have f lowered into an ecclesiastical ethics in Hauerwas’s work. His book titles can be instructive in this regard. He has sought to think about Christian witness After Christendom. In the wake of that system, which he regards as so seductive and insidious for a variety of reasons, he proposes a way forward where the holy and the good are pursued In Good Company, that is, in The Peaceable Kingdom that is now present in the church.

What can we make of such a contribution to thinking about the holy?

To learn more of what Michael Allen has to say about Sanctification, buy your copy today on Amazon, Barnes & Noble, or Christian Book.

Professors: Do you think this might be a book to consider for your theology class? Request a free exam copy here.

Next Post
Bible Interpretation: 4 Challenges and How to Overcome Them 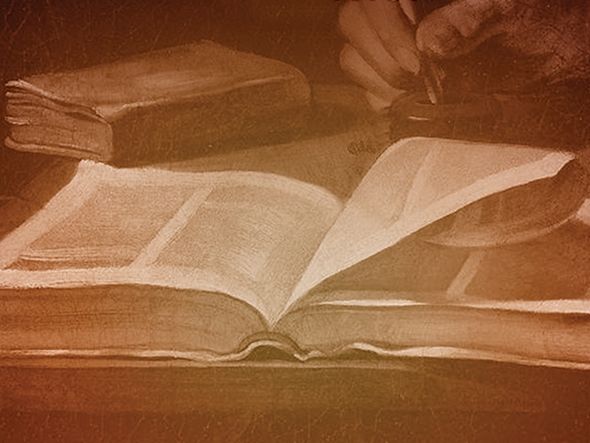 Bible Interpretation: 4 Challenges and How to Overcome Them You probably already know that the Bible was originally written to someone else who: lived a long time ago, in another ...
Your form could not be submitted. Please check errors and resubmit.