How Do Paul’s Thessalonian Letters Connect to God’s Larger Story? 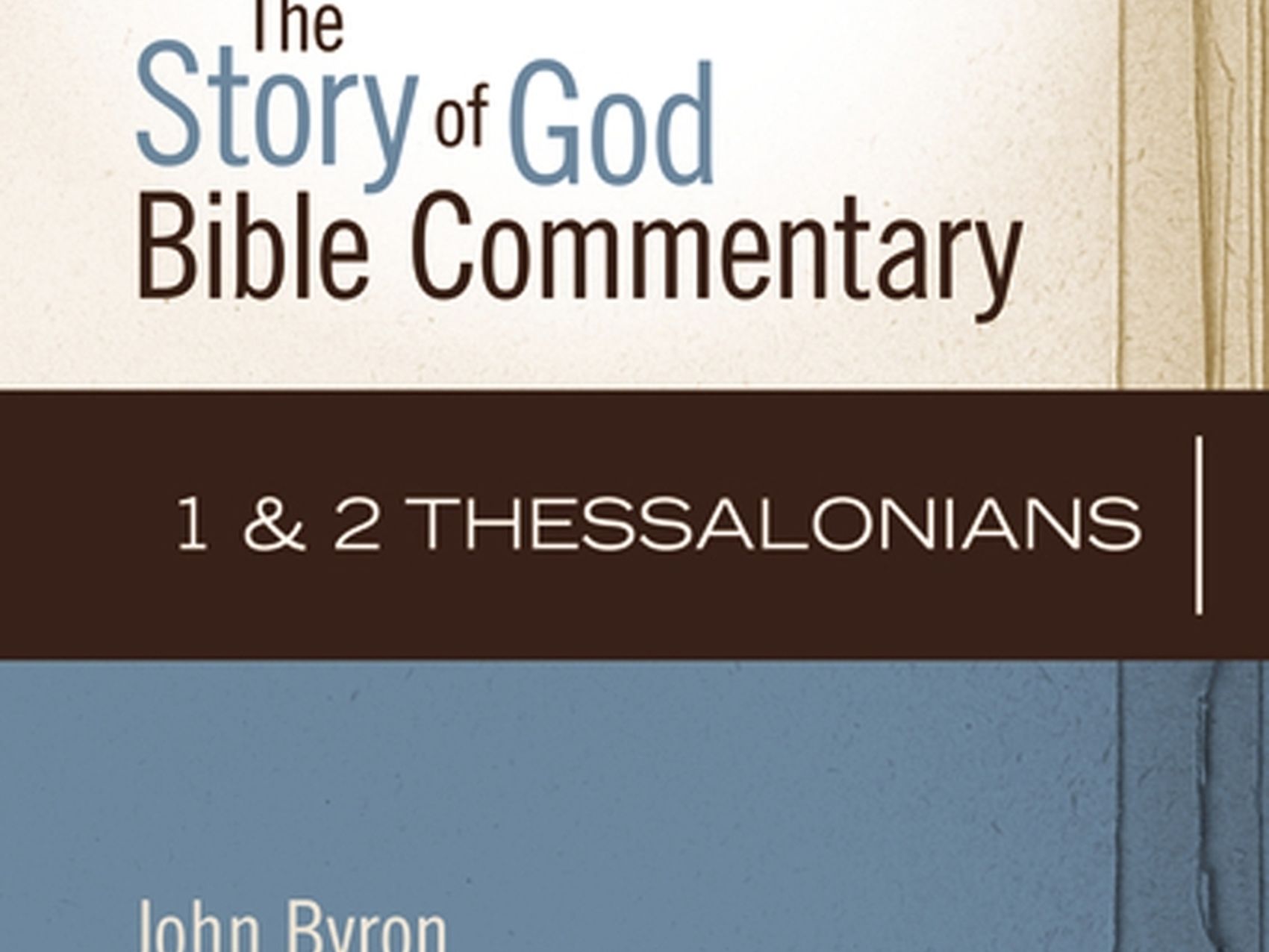 It isn’t too difficult to see how heavy-hitting books such as Romans and the Corinthians fit within God’s larger Story, given their theological motifs of law vs. grace, Jew vs. Gentile, circumcision vs. uncircumcision.

For books like 1 & 2 Thessalonians it’s a different story. How are they part of God’s larger Story—an ancient story that begins with Israel and has expanded to include the church?

Revealing that is part of John Byron’s goal in his new commentary on these oft overlooked letters that’s part of the unique, innovative The Story of God Commentary series.

What I love about this commentary series is how it deliberately connects each passage to God’s larger narrative movement. It helps students of Scripture do three things:

Like the other series contributors, Byron contends that when we examine Paul’s letters to the Thessalonians, we discover the Story of God:

To illustrate, I’ve chosen two passages: 1 Thess 4:14-15 and 2 Thess 1:5-10. Not only do they show how Byron examines these important letters, they also help us understand how Paul’s letters to this community of Jesus followers connect to God’s larger story.

The first funeral I performed was for a thirty-three-year-old man who died of cancer. One of the texts I used to help comfort his grieving parents and young wife was this hopeful one.

Byron begins exploring the hope of this text by situating it within God’s larger story and commentary on the common human experience of death throughout Scripture.

“The Story of Israel begins with a story of death.” (151) It begins by recounting how death stole its way into creation. The rest of the story bears witness to the reality that “Death is an enemy of us all and a respecter of no one (Ps 90:3-11).” (151) It portrays death as “hungry” and “trapping its victims.” (152) And through Qoheleth “the realization that this is our destiny can cause one to question if all of life is pointless.” (152)

The future of the Christian is grounded in God’s defeat of death through Christ and in the hope of resurrection, which finds some of its earliest expressions in the Story of Israel (Dan 12:1-4)… (152)

This larger Story undergirds and contextualizes Paul's pastoral address to the Thessalonians' trauma, comforting and supporting them during their time of suffering.

Byron recounts a story author Elie Wiesel shares in Night about an executed child who stole a loaf of bread. Wiesel remembered hearing a man cry out “Where is God now?” A voice within answered, “Where is he? Here he is. He is hanging on this gallows.” (Night, 62)

During times of suffering and evil we wonder where God is and if God cares. The children of Israel wondered the same thing, Byron says:

They looked at the other nations and the peoples around them and questioned why the wicked prospered while the righteous suffered. (230)

Byron ticks of characters within Israel's drama, and their response to their own suffering:

Yet along side this cloud of witnesses to suffering “there is also a realization that God will not be idle forever and that one day he will repay those who commit evil.” (230) Byron lists Psalms 73 and 94, here, to illustrate such repayment.

Byron explains that this narrative context acts as a well from which “Paul draws on as he tries to encourage a group of people who seem to be suffering even more than the last time he wrote to them.” (230)

If you are looking for a way to connect the important theological and existential themes of the Thessalonians to the Bible's wider narrative, as well as to the needs of your people, then add this commentary to your library.

Because as Byron reveals, “Paul’s letters, although written to a group of people nearly two thousand years ago, provide hope and encouragement for today. Modern readers of these letters discover that the Story of God continues on and that we are not alone.” (10)

Jeremy Bouma
Jeremy Bouma (Th.M.) has pastored on Capitol Hill and with the Evangelical Covenant Church in Michigan. He founded THEOKLESIA, which connects the 21st century Church to the vintage Christian faith; holds a Master of Theology in historical theology; and makes the vintage faith relevant at jeremybouma.com.
Next Post
Who is tormented? (Rev 14:11) — Mondays with Mounce 236
Who is tormented? (Rev 14:11) — Mondays with Mounce 236 The third angel cries, “If anyone worships the beast and its image and (καί) receives a mark on his forehead or on his h...
Your form could not be submitted. Please check errors and resubmit.