Grasping the Mind of St. John 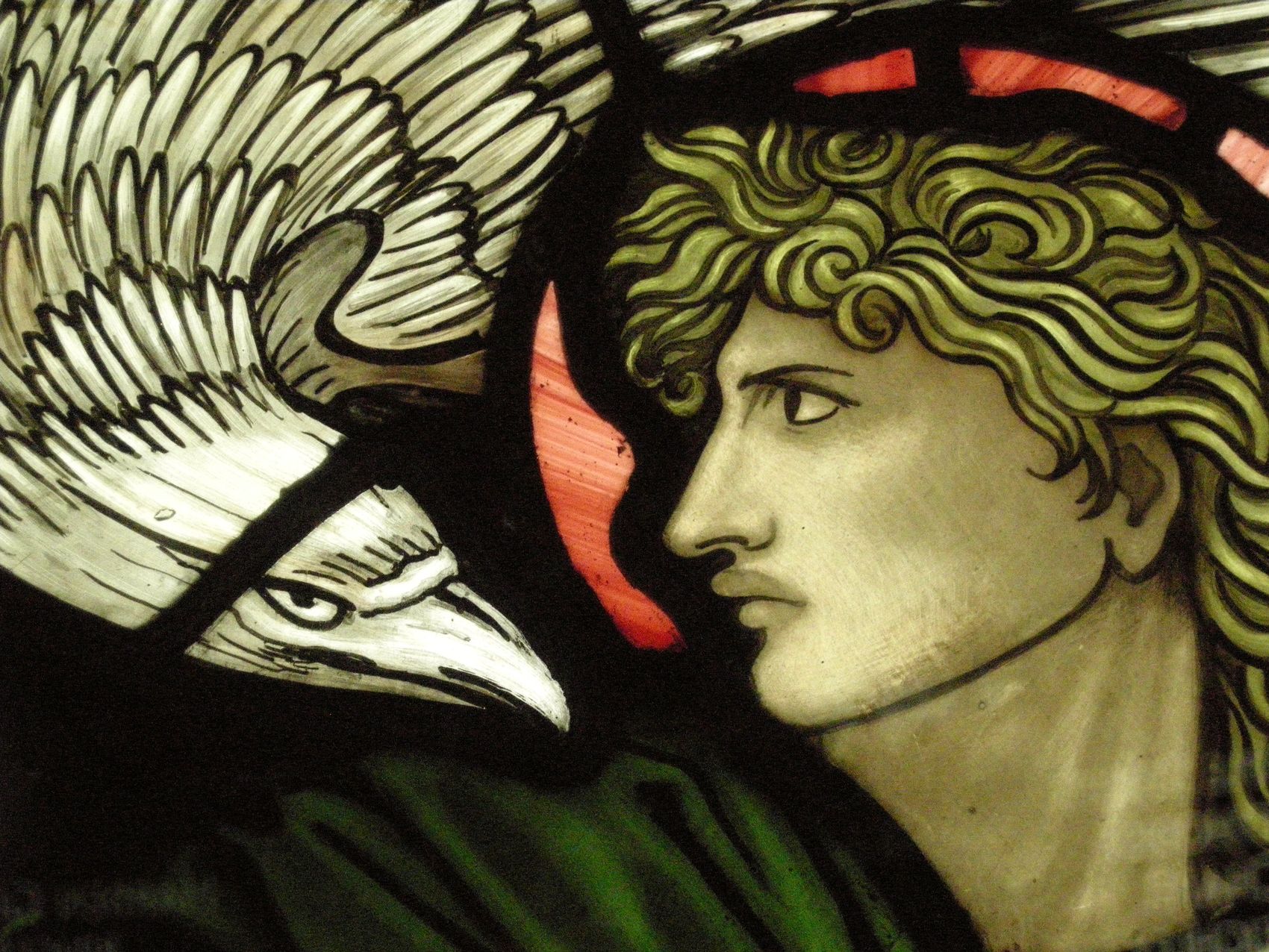 This selection from A Theology of John's Gospel and Letters by Andreas J. Köstenberger introduces the Johannine worldview, preparing the way for a closer and more robust investigation of the Gospel of John.

Worldview, Cosmology, and the “Johannine Dualism”

In this postmodern age, worldview has been recognized as critical in interpretation. Not only does every interpreter approach a given document with a set of presuppositions, every document itself reflects a worldview that underlies its message. For this reason it is important, as a prolegomenon to the exploration of major Johannine theological themes below, to discuss the Johannine “way of seeing things” (John’s Weltanschauung). This topic has variously been called John’s “cosmology” (his view of the world) or, more specifically, his “dualism” (a way of looking at the world in terms of polar opposites).

In the previous century, discussions of John’s “dualism” were typically controlled by a history-of-religions paradigm, which primarily studied Christianity in relation to the beliefs held by other contemporary religious systems. It was frequently argued that John’s “dualism” reflected the thought world of Gnosticism, which, in turn, was rooted in Greek philosophical and religious thought such as that of Plato, Plutarch, or Philo. This outlook distinguished between the visible, material world, of which the human body was a part, and the invisible, immaterial sphere of existence (including the human soul), and held that the former was inferior to the latter.

Subsequent to the discovery of the Qumran documents, many have explored possible affinities between the thought worlds represented by the Dead Sea community and John’s gospel. In the Qumran documents, mention is made of two spirits, the “spirit of truth” and the “spirit of error,” warring against each another (1QS 3:13 – 4:26). Both of these spirits were created by God. A cosmic battle is raging between the “children of light,” who are devoted to keeping the law as interpreted by the Teacher of Righteousness, and the “children of darkness,” who have corrupted proper observance of the law (1QM).

As the following discussion will show, however, while surface similarities exist, any Johannine “dualism” (or, perhaps better, pairs of contrasts) differs sharply from alleged Greek or Qumran parallels. To begin with, as will be seen below, John’s “dualism” is not merely vertical (distinguishing between the world “above” and the world “below”) but also horizontal in nature (oriented toward salvation history and eschatologically focused on God’s decisive intervention in human history in the person of Jesus Christ). John speaks of the preexistent, divine Word being made “flesh” in Jesus (John 1:14), and Jesus’ humanity is affirmed alongside his deity. God and Satan are not cast as polar opposites, and Jesus’ victory is never in doubt (1:5; 16:33).

More recently, John’s series of contrasts has been subjected to sociological investigation, and many have argued that his outlook is sectarian.10 John’s language juxtaposing “light” and “darkness,” “truth” and “falsehood,” and other stark alternatives was judged to reflect an “us against them” mentality on the part of a “Johannine community” that defined itself against the world around it and loved its own members while hating those outside. However, this understanding is rendered untenable by the improper application of social science models; by the fact that alleged Qumran parallels are more formal than substantive and most likely reflect differing appropriations of creation language; and by the pronounced emphasis on God’s love for the world and John’s trinitarian mission theology.

Miroslav Volf, in particular, has provided a penetrating critique of the argument that John’s gospel reflects a sectarian outlook. While rightly noting that the classification of any document as “sectarian” is to a significant extent a matter of definition, Volf shows that John’s positing of what Volf calls “oppositional dualities” has the primary intended effect of not only “affirming the positive pole of these dualities” but also of “negating the negative.” Volf shows, first, that a sectarian reading of John and his attitude toward outsiders (the “world”) engages in a selective reading of the evidence, unduly ignoring references to God’s love for the world (John 3:16), to Jesus’ giving his life for the world (1:29; 6:51), and to Jesus’ and his followers’ mission to the world (17:18; 20:21).

Second, such a reading also insufficiently appreciates the fact that God is not only the Creator but also the Redeemer of creation. This means that it is precisely the aim of God’s redemptive activity to overcome “oppositional dualities” — whether darkness and light, below and above, falsehood and truth — through the incarnation of the Word (John 1:14) and the sacrifice of the Lamb of God (1:29). As a result, oppositional dualities are, at least in part, transformed into non-oppositional ones, and duality between God and the world is transformed into fellowship between Jesus and his disciples. This, in turn, sets the stage for the final consummation of human history at which the kingdom of the world will have become the kingdom of God and of his Messiah (Rev 12:10).

In the end, therefore, as Volf perceptively points out, the exact opposite dynamic of duality is shown to be powerfully at work in John’s gospel, and dual opposites presuppose reconciliation on a deeper level:

An increase in tension is exactly what we should expect, especially if redemption is to happen through the death of the Lamb. The apparent obliteration of good by evil is the way in which evil is overcome by the enactment of divine goodness. The very opposite of dualism is at work here. God, who is love, loves the estranged world to the point of assuming flesh in order to suffer death at the hands of the world. In this way God not only opens the road for the world’s return but attracts it back. God loves first and enacts this love on the cross so that human beings may love God and God’s creatures in return (cf. 1 John 3:8 – 10).

With these broad, programmatic considerations, the ground is prepared for a closer investigation of the Johannine material. A Theology of John's Gospel and Letters: The Word, the Christ, the Son of God by Andreas J. Köstenberger

Or buy today at Olive Tree

Next Post
[Common Places] Engaging with Kate Sonderegger: The One and the Many 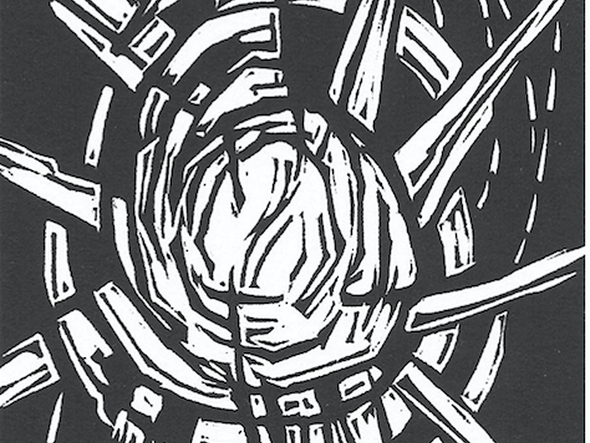 [Common Places] Engaging with Kate Sonderegger: The One and the Many The arrival of a new contribution to a multi-volume systematic theology marks a major moment in the discipline. All the ...
Your form could not be submitted. Please check errors and resubmit.