Consider this: God chose to reveal and incarnate Himself to humanity through the specific languages of Hebrew, Aramaic, and Greek as much as He revealed and incarnated Himself in first century Judea under Roman occupation.

This aspect of God’s revealing act is an overlooked yet important facet of Scripture, one Bruce Waltke exposes and expounds upon in an inspiring insight selected from Gary Pratico’s and Miles Van Pelt’s Basics of Biblical Hebrew Grammar.

Here is what Waltke concludes in the excerpt below:

The logic of this Christian theology, that God revealed himself through the Scripture, inescapably led me to the conclusion that the authenticity of that knowledge rested on a precise understanding of the biblical languages.

Shortly after I began the study of Hebrew, over forty years ago now, I became motivated to comprehend the biblical languages when I realized that most of my knowledge of God was derived from Holy Scripture, and the accuracy of that knowledge was contingent upon the correctness with which I handled its languages. God incarnated himself in those languages, not only in the body of Jesus Christ to whom they point. Instructively, in the closing letters of Paul, the apostle to the Gentiles, and of Peter, the apostle to the Jews, just prior to their deaths, they both wed their Christian teachings with the God-breathed Old Testament. In his letter with the famous closing line, “I have fought the good fight, I have finished the race, I have kept the faith” (2 Tim 4:7), Paul wrote:

But as for you, continue in what you have learned and have become convinced of, because you know those from whom you learned it, and how from infancy you have known the holy Scriptures, which are able to make you wise for salvation through faith in Christ Jesus. All Scripture is God-breathed and is useful for teaching, rebuking, correcting and training in righteousness, so that the man of God may be thoroughly equipped for every good work (2 Tim 3:14-17).

Likewise Peter, immediately after writing, “I think it is right to refresh your memory as long as I live in the tent of this body, because I know that I will soon put it aside, as our Lord Jesus Christ has made clear to me,” added:

And I will make every effort to see that after my departure you will always be able to remember these things. We did not follow cleverly invented stories when we told you about the power and coming of our Lord Jesus Christ, but we were eyewitnesses of his majesty...And we have the word of the prophets made more certain, and you will do well to pay attention to it, as to a light, shining in a dark place, until the day dawns and the morning star rises in your hearts. Above all, you must understand no prophecy of Scripture came about by the prophet’s own interpretation. For prophecy never had its origin in the will of man, but men spoke from God, as they were carried along by the Holy Spirit (2 Pet 1:12-21).

The logic of this Christian theology, that God revealed himself through the Scripture, inescapably led me to the conclusion that the authenticity of that knowledge rested on a precise understanding of the biblical languages. That conviction led me to earn my first doctorate in Greek and New Testament and the second in the Ancient Near Eastern languages and literatures with a major in Old Testament. From the beginning of my formal theological education it remained my purpose, by God's grace, to be in God’s house an article of gold and silver, not of wood and clay, for noble purposes, not ignoble, so as to be “an instrument for noble purposes, made holy, useful to the Master and prepared to do any good work” (2 Tim 2:20-21). I must confess that I find it difficult to engage theological presentations that have not been purged through the fire of careful exegesis.

Q: Do you agree with Waltke's conclusion?

Jeremy Bouma
Jeremy Bouma (Th.M.) has pastored on Capitol Hill and with the Evangelical Covenant Church in Michigan. He founded THEOKLESIA, which connects the 21st century Church to the vintage Christian faith; holds a Master of Theology in historical theology; and makes the vintage faith relevant at jeremybouma.com.
Next Post
Biblical Hebrew Award Winners, 2013-2014. Plus an Invitation to Instructors. 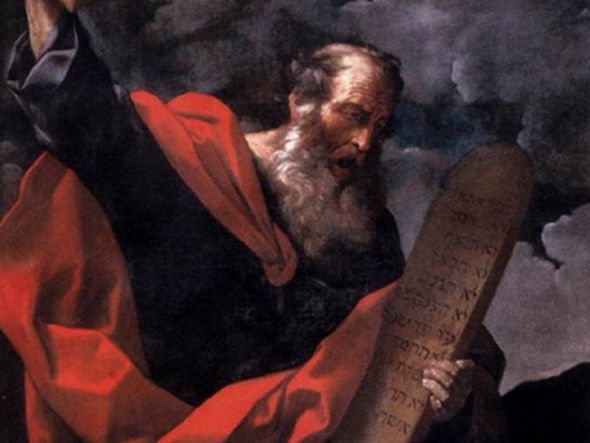 Biblical Hebrew Award Winners, 2013-2014. Plus an Invitation to Instructors. (Photo: Moses with the Tablets of the Law, painted by Guido Reni c. 1624.) Did you know Zondervan Academic partners with...
Your form could not be submitted. Please check errors and resubmit.