Leader, Face Your Shadow for the Sake of Your Ministry — An Excerpt from "The Emotionally Healthy Leader" Every leader has one, yet few leaders want to explore it, deal with it, confront it.

While leaders read countless books and attend conferences on improving their external leadership and management styles, executive skills, and productivity, few seem interested in confronting the “inner labyrinth” of who they are.

Pastor Peter Scazzero, author of the new book The Emotionally Healthy Leader calls this our shadow:

Your shadow is the accumulation of untamed emotions, less-than pure motives and thoughts that, while largely unconscious, strongly influence and shape your behaviors. It is the damaged but mostly hidden version of who you are.

In the excerpt below, Scazzero explores this often unaddressed aspect of leadership, especially ministry leadership. He helpfully explains how our shadow-self manifests at all levels of ministry.

No matter what level of leadership you’re serving at, read this except and engage Scazzero’s book to become an emotionally healthy leader.

Most leaders search out books on leadership to discover new tools, ideas, or skills. We are charged with the task of knowing what to do next, knowing why it is important, and then bringing the necessary resources to bear to make it happen. Yet the first and most difficult task we face as leaders is to lead ourselves. Why? Because it requires confronting parts of who we are that we prefer to neglect, forget, or deny. Here is how author and educator Parker Palmer describes this experience:

Everything in us cries out against it. That is why we externalize everything — it is far easier to deal with the exterior world. It is easier to spend your life manipulating an institution than dealing with your own soul. We make institutions sound complicated and hard and rigorous, but they are simplicity itself compared with our inner labyrinths.

What Is the Shadow?

Everyone has a shadow. So what is it?

Your shadow is the accumulation of untamed emotions, less-than pure motives and thoughts that, while largely unconscious, strongly influence and shape your behaviors. It is the damaged but mostly hidden version of who you are.

The shadow may erupt in various forms. Sometimes it reveals itself in sinful behaviors, such as judgmental perfectionism, outbursts of anger, jealousy, resentment, lust, greed, or bitterness. Or it may reveal itself more subtly through a need to rescue others and be liked by people, a need to be noticed, an inability to stop working, a tendency toward isolation, or rigidity. Aspects of the shadow may be sinful, but they may also simply be weaknesses or wounds. They tend to appear in the ways we try to protect ourselves from feeling vulnerable or exposed. This means that the shadow is not simply another word for sin. If that makes you think the shadow is hard to pin down, you’re right.

So how does the shadow reveal itself in leadership? Here are a few examples:

These are all general examples, so allow me to share a recent personal example of my own shadow in action. Fair warning, it’s not a pretty picture.

Geri and I were sitting down for one of our occasional two-person staff meetings. I had an agenda of four to five items, the first of which was to get input from Geri on a revised mission statement for our organization, Emotionally Healthy Spirituality. I had been pondering the statement and soliciting input from different people for over three months. I thought I would pass it by Geri briefly to get her opinion. We were sitting on separate couches facing each other as I handed her the revised mission statement.

A jolt of tension ran through my body, but I tried to hide my annoyance.

“This is a three-minute item,” I said tersely. “Actually, I am looking for you to say that this is fantastic, not to suggest a total revision.”

After pausing for a moment, she said, “I think I would change this to . . .” Then she stopped.

The tension between us was palpable.

“Pete, what’s going on inside you right now?” Geri asked. “What are you feeling?”

I knew this was not going to be good.

“And where is this coming from?” she continued. “I’ve seen you do this with other people in meetings. And it’s not good. I mean, you are writing a book, you know, called The Emotionally Healthy Leader.”

Geri was calm. I was not. Part of me wanted to attack her, defend myself, or scream. A heavy silence filled the air. I closed my eyes and took a deep breath. A part of my shadow was exposed, and I could see it — again. I had not crossed the line into sin — yet. But I was seriously considering it. I took a breath and thought about her question. I sent an SOS to the Holy Spirit asking for power and self-control.

“Geri, right now I am anxious, impatient, frustrated,” I finally said. “I just wanted to spend a few minutes on this and hear you say, ‘This is awesome,’ or, ‘Perhaps change one word.’ I didn’t want any more. So my question really wasn’t honest or clear.”

“Where does that come from?” Geri asked.

Jeremy Bouma
Jeremy Bouma (Th.M.) has pastored on Capitol Hill and with the Evangelical Covenant Church in Michigan. He founded THEOKLESIA, which connects the 21st century Church to the vintage Christian faith; holds a Master of Theology in historical theology; and makes the vintage faith relevant at jeremybouma.com.
Next Post
Zondervan Mourns the Death of Verlyn D. Verbrugge, Editor, Writer, Pastor, and New Testament Scholar 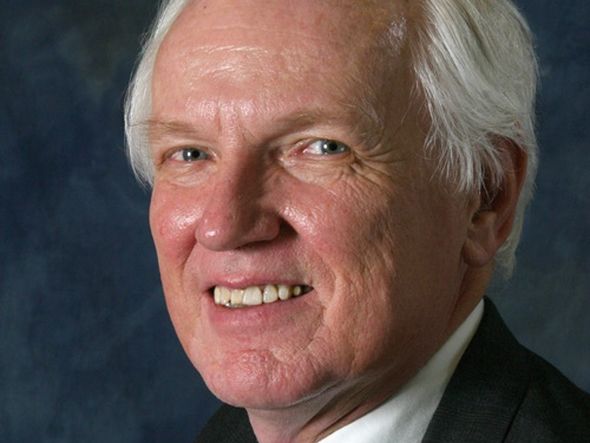