At the 66th annual meeting of the Evangelical Theological Society, Zondervan held a special event celebrating the 50th anniversary of the commissioning of the NIV. That evening , Doug Moo, current chair of the Committee on Bible Translation (CBT), gave an impassioned presentation and reflection on not only the impact of the NIV, but also the relationship between evangelicals and Bible translations. We shared a link to the BibleGateway live-blog, as well as some highlights of Moo's insights.

While most of us couldn't attend the event and listen to Moo's presentation, fortunately it was packaged as a small booklet and PDF download, called "We Still Don't Get It: Evangelicals and Bible Translation Fifty Years After James Barr."

Not only is it a fascinating glimpse into the translation philosophy of the CBT, which stewards the NIV, it's also a challenging, insightful read with regards to lingustics, modern translating, and the evangelical relationship with Scripture.

We've excerpted part of this presentation and booklet below. It covers developments in modern translating and an important linguistic principal: "linguistics is not a prescriptive but a descriptive enterprise." (3)

Read it and then download and read the full essay, here.

The NIV carries the DNA of another hallmark of the evangelical movement five decades ago: the growing academic sophistication of evangelical biblical scholars. one area of particular significance for the NIV and, of course, all Bible translations is linguistics. James Barr’s The Semantics of Biblical Language served as a key initial conduit from modern linguistics research to biblical studies. Barr’s book was published in 1961 and so, with a little arithmetic liberty, we may celebrate the golden anniversary of a new sophistication in biblical linguistics along with the 50th anniversary of the NIV. It is the confluence of these two that will be the focus of this paper. While the 1960s-era documents that set the parameters of the new translation we call the NIV make no explicit reference to modern linguistic theory, their translation guidelines clearly betray the influence of this movement. In God’s providence, the NIV was conceived at just the time when those principles were being brought into the realm of biblical studies. of course, translations both before and after the NIV are also built on the foundation of these linguistic principles. Indeed, they have been communicated to decades of students in our basic exegesis classes. The problem, however, is that we have not consistently honored these insights in discourse about translation. In 2011, Stanley Porter claimed that “ ... Barr’s insights are still, I believe, widely ignored in much language-related biblical research.” I would extend his criticism to translation. Specifically, I highlight three basic and generally agreed- upon linguistic principles that have too often been ignored in modern Bible translation. First, linguistics is not a prescriptive but a descriptive enterprise; second, meaning resides not at the level of individual words but at the level of collocations of words in clauses, sentences, and ultimately discourses; and third, the meaning of individual words is expressed not in a single word gloss but in a semantic field.

In Lewis Carroll’s Through the Looking Glass, Humpty Dumpty proclaims, “When I use a word ... it means just what I choose it to mean — neither more nor less.” ah, if only it were so! If I were the english language dictator, I would decree that we resurrect the second-person number distinctions from the elizabethan period, bring the archaic word “unto” back into circulation so that I could more effectively translate the Greek preposition eis, and create a gender-neutral third-person pronoun that could refer to human beings. Unfortunately—or fortunately, depending on your perspective—language does not work like that. no one person or committee of persons prescribes what words will mean or how they will be used in combination. The users of a language determine meaning and usage. Linguists study a given language at a certain point in time with the hope of describing just what is going on. as John Lyons puts it in his standard book on modern linguistics: “The linguist’s first task is to describe the way people actually speak (or write) their language, not to prescribe how they ought to speak or write.” rules of usage are simply generalized summaries of usage that never apply to all users of the language and that change over time. We who work in the biblical languages know this well. HALOT, BDAG, Waltke-O’Connor, and Dan Wallace describe what is going on in biblical Hebrew and Greek. and when we want to go further, we access resources such as the TLG database to provide us with a window into the way the broad spectrum of speakers and writers actually use their language.

Translators, of course, make use of just these tools, trying their best to understand what, for instance, the prophet Isaiah might have meant by almah in the eighth-century BC or what the combination pistis Iesou Christou could have meant for Paul the apostle in the first century AD. But it is insufficiently appreciated how important the descriptive principle in modern linguistics is for the other side of the translators’ task: putting the meaning of the Greek and Hebrew into english.

Translators must work with the language as it is; wishing it were otherwise is vain, and forcing into our translations english meanings and constructions that are no longer current is a betrayal of our mission. Humpty Dumpty may choose to invest words with whatever meaning he chooses. But translators who try to impose a meaning on an english word that it no longer has in common speech run the risk of failing to communicate with the audience. We who translate the Bible run a particular risk here. We are so immersed in the forms of the biblical languages that we can forget that those forms may not, in fact, be good english. I doubt that CBT coined the word, but we often warn ourselves about the danger of translating not into english but into “biblisch”: that is, a form of english so indebted to biblical idiom that it sounds unnatural in the ears of the typical modern speaker of english. “daughter of Zion” is a good example. People familiar with the Bible can probably unpack the phrase accurately enough; but the average english-speaker would surely be wondering who the offspring of the city of Zion might be.

Jeremy Bouma
Jeremy Bouma (Th.M.) has pastored on Capitol Hill and with the Evangelical Covenant Church in Michigan. He founded THEOKLESIA, which connects the 21st century Church to the vintage Christian faith; holds a Master of Theology in historical theology; and makes the vintage faith relevant at jeremybouma.com.
Next Post
Pauline Studies: A Festschrift in Honor of Doug Moo 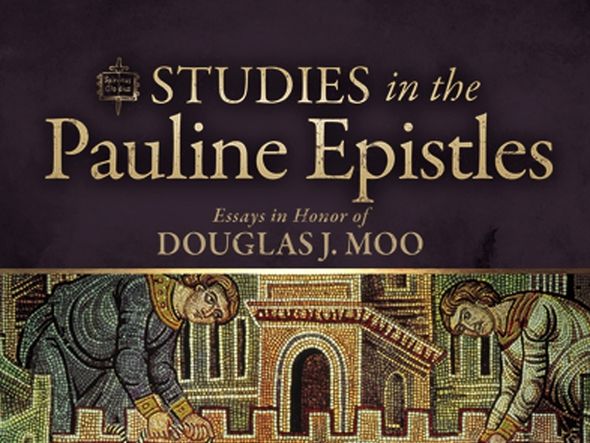