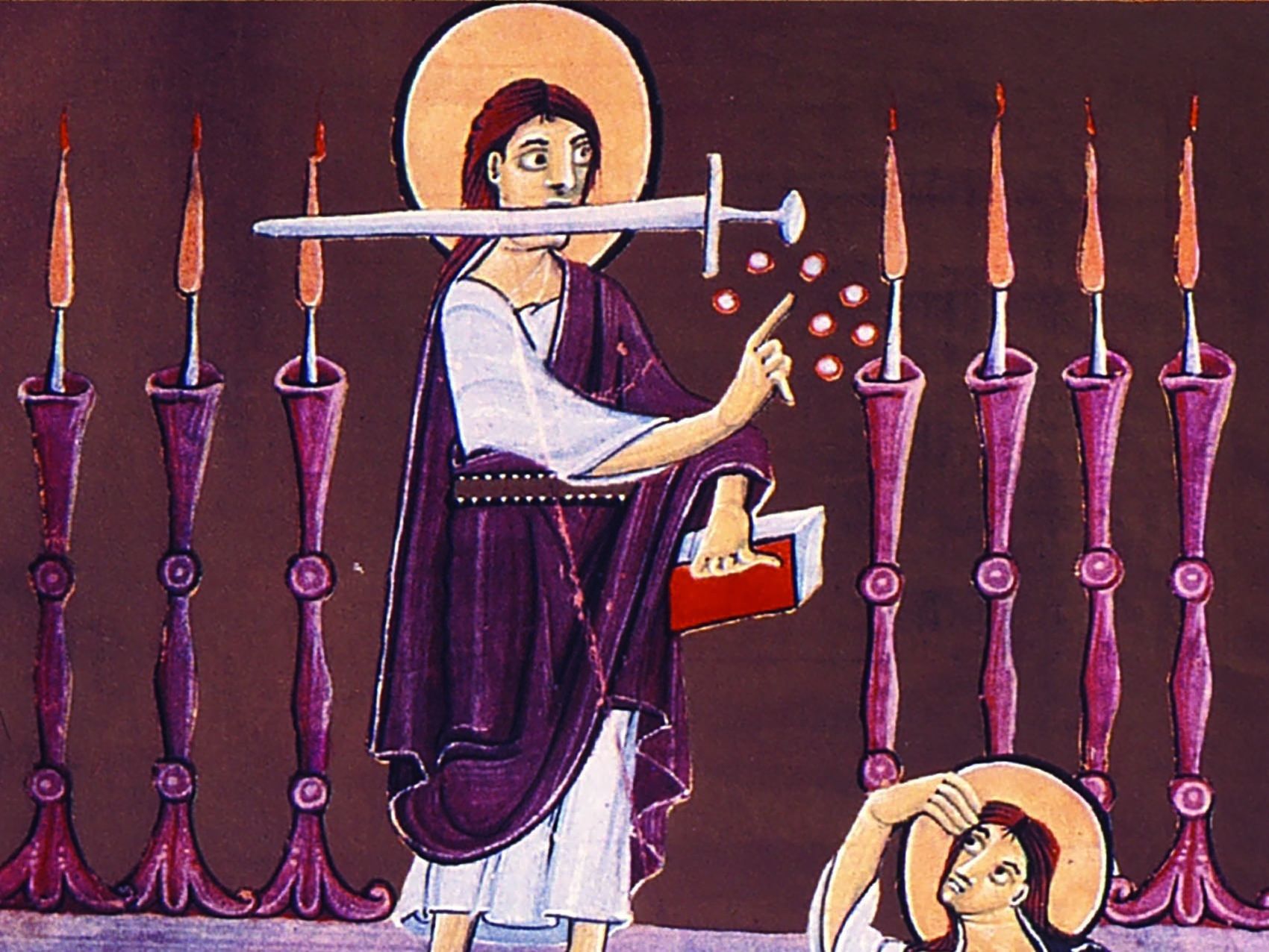 Reading Revelation in Context: John's Apocalypse and Second Temple Judaism offers a welcome series of accessible studies that illustrate both the importance and the possibility of throwing light on what has been and continues to be one of the most influential writings in the New Testament on Christian and even contemporary culture: the book of Revelation.

The book of Revelation has a long history of being celebrated as a key source for knowing the final course of history and of being discredited for its potential to provoke extreme forms of religiosity. Although the book styles itself as an apocalypse, that is, as a disclosure “of Jesus Christ” (Rev 1:1), it is frequently regarded as one of the most baffling and difficult early Christian writings to interpret. And yet, the epistolary forms that frame the work (chs. 1–3 and 22:21) suggest that it was written to be sufficiently transparent to audiences of Christ believers among a series of churches in Asia Minor. Thus, in order to communicate, the book demanded a high level of engagement among its hearers and readers, who were expected to receive it with knowing discernment and to adhere to its exhortations (1:3; chs. 2–3; 13:9; 14:12; 18:4; 22:18–19). A significant factor in understanding the apocalypse would have been knowing something about the symbolic imagery on which it drew and how that imagery functioned in its new literary context. Despite offering some interpretive guidance for some of the images (e.g., 1:20; 13:18; 17:9–14), the symbols remain essentially multivalent in character and resist being reduced into exclusionary single meanings that result from one-to- one decoding. Instead, through “participatory imagination,” late first-century AD audiences in Asia Minor were invited to position themselves within or in relation to the book’s symbolism.

Many of the symbols and images in Revelation are reminiscent of, if not directly drawn from, sources that John, the named author, regarded as sacred, whether in the Hebrew Bible or literature from the Second Temple period. While not any one of these sources is ever formally quoted through introductory formulae such as “it is written,” “as it says,” or “thus,” almost every verse of the text employs language that alludes to one or more of them. Scholars have, in particular, observed in Revelation the presence of tradition associated with Daniel, Isaiah, Ezekiel, Jeremiah, Exodus, and Zechariah, while significant influence and/or parallels have also been noted, for example, with parts of 1 Enoch (Book of Watchers, Book of Parables, Animal Apocalypse, Epistle of Enoch), 4 Ezra, Joseph and Aseneth, Apocalypse of Zephaniah, and a range of texts among the Dead Sea Scrolls. Finally, words and phrases recall writings found in other parts of the New Testament (the Synoptic Gospels, Gospel of John, and the Pauline Epistles). Some of the connections with sources outside the New Testament and what they mean are amply and beautifully illustrated by the essays in this volume.

Alongside its heavy, though creative, reliance on symbolism found in Second Temple Jewish tradition, Revelation preserves one of the most developed “high” christologies among New Testament compositions: Jesus, whom the text designates as “the Lamb” no less than 28 times, shares the throne of God (5:6, 13; 7:9–10, 17; 22:1, 3). In addition, as the Lamb he is not only the exclusive center for redemption for those who are faithful but is also, in his suffering, the single paradigm after which believers pattern themselves (6:9–11; 14:4–5).

Why, we may ask, is it important at all to think about how Revelation is related to other Second Temple writings? At least two reasons come to mind. First, for all the book’s emphasis on the exalted Jesus’ close relationship to God, it is in many ways no less Jewish in character. Curiously, in two places, the text complains about those who regard themselves as “Jews and are not” (2:9; 3:9), implying in some sense the writer’s claim to identify with a truer form of Judaism. More importantly, Revelation is so completely informed by the contemporary world of Jewish thought that it is impossible to imagine its message apart from it. Thus, even toward the time of its composition near the end of the first century AD, the book shows little sign—though written in Asia Minor (well away from Judea) and participating in socioreligious conflict with the Roman Empire—of disconnecting from Jewish tradition. Indeed, it demonstrates how much emerging Christian identity in the diaspora could be and was deeply entrenched within Jewish roots from which it could not be separated without losing something essential.

Second, exploring Revelation’s connection to Judaism reveals how much the text positioned itself within the discourse of Jewish apocalyptic thought and related traditions that circulated in the first-century Mediterranean world. Though often adopting language that seeks to disclose what is to happen in an imminent eschatological future (1:1, 19; 2:16; 3:11; 4:1; 22:6–7, 12, 20), the book, like foregoing and contemporary apocalyptic literature, also reflects a keen interest in presenting a revealed past and a revealed present. In Revelation, the recent (2:12) and remote past (cf. 13:8) is unmasked as a time of head-on conflict between the worship of God and allegiance to powers thought to be behind the Roman Empire, while the present is divulged as a time when followers of the Lamb are being called to uncompromising faithfulness in the face of economically attractive, yet false and delusional alternatives (chs. 2–3, 13–14, 18). How individual churches addressed in the messages to them in chapters 2 and 3 responded to the text’s combination of praise and criticism attributed to Christ is not known. However, it cannot be doubted that in a world order thought to undermine the integrity of faith, the writer hoped and, indeed, expected that they would be able to translate the risen Jesus’ words into sustained and uncompromising expressions of faithfulness. As with Jewish apocalypses, the program of religious loyalty in Revelation combined with resistance to evil compromise, while convinced that the future shall involve a radical transformation that is already at work in the present (cf. 3:8). The intimate connection forged between Christ the Lamb and his followers demonstrates something of how the symbols and motifs the book has adopted from ancient Jewish texts function: they are not merely metaphors or images that point to a reality beyond, but rather are seen in themselves as innate to the very world God’s people inhabit. Sacred tradition, whatever its source, springs to life in the text.

The various forms of intertextuality and comparisons offered in the present volume do more than paint a landscape that serves as background to a communiqué that is actually and exclusively about Christ. Instead, the landscape is itself intrinsic to the story; it is theater stage that participates in the motion and world of the actors. The conversation is lively and breathes energy into efforts to read Revelation in context. Those who pick up this book shall, I think, not be disappointed. 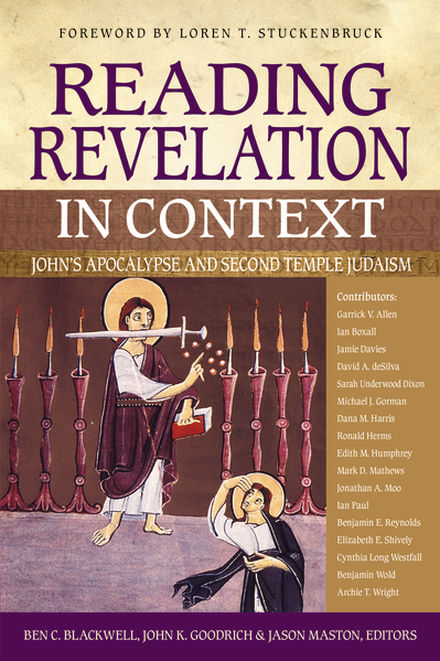 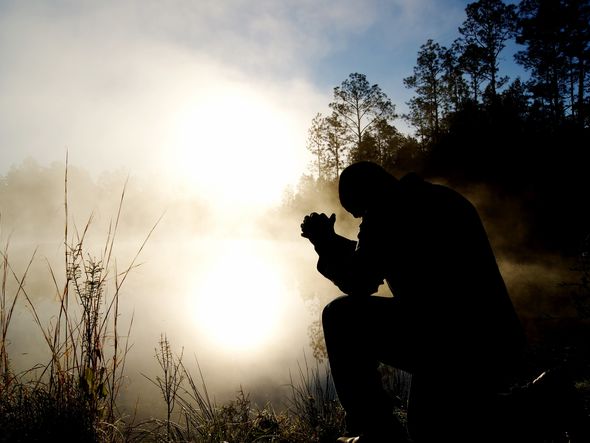 Are you being saved while you are persevering? (1 Cor 15:2) - Mondays with Mounce If you have studied theology very long, you know that the doctrine of salvation has three parts. It was an accomplished ...
Your form could not be submitted. Please check errors and resubmit.