Should We Capitalize Divine Pronouns? — Mondays with Mounce 305

I am often asked why the ESV and NIV don’t capitalize “divine pronouns,” pronouns referring to God. For example, “For we are His workmanship, created in Christ Jesus for good works” (Eph 2:10, NASB).

There seem to be at least four reasons why not.

1. The originals did not mark divine pronouns. Hebrew letters are all the same height (אבגד), and the original Greek manuscripts would have been all capitals (ΑΒΓΔ), or what is called majuscules (uncials are a form of majuscules). Capitalizing what we believe to be divine pronouns adds an extra layer of interpretation on the translation, something translators shy away from (some more than others).

2. Capitalizing divine pronouns is a recent and sporadic practice. You don’t find it in the KJV (1611), the ASV (1901), or the RSV (1952). It appears that the first translation to do so was the NASB (1971, 1995). I do not have a copy of the original 1960 version of the NASB but I assume the 1971 is following the same style. (Can someone confirm this for me?) The NKJV (1982) also capitalizes divine pronouns. The HCSB (1999) did capitalize divine pronouns, but the practice was stopped in the CSB revision (2017). In other words, there is no real historical precedent for why this practice should be followed.

The Facebook group on translations has pointed out that some relatively unknown translations do capitalize divine pronouns: Francis Kenrick (1860s); Concordant Version (1927); Francis Spencer (1937); and as you might expect, the Amplified Bible (1954). But none of these determine precedence.

3. No English style guide says to capitalize divine pronouns. While the Chicago Manual of Style does not tell me how to respect God, its style (and others like them) are important to follow.

4. Why is capitalization a sign of respect? We capitalize proper names and specific places and things not out of respect but for the sake of clarity of identification. It seems to me to be artificial to assign “respect” to a style guide. Why not all caps? Wouldn’t that be even more respectful? Italics? Bold and italic? Red ink? You get the point.

It is interesting that “heaven” and “hell” are generally not capitalized by most publishers’ style guides when the rule says that the names of people (“bill” vs.”Bill”), specific places (“north” vs. “North Pole”) and things (e.g., “bridge” vs. “Brooklyn Bridge”) should be capitalized (see www.scribendi.com).

For me the primary argument is that the original Hebrew and Greek did not distinguish pronouns referring to God from other words, and so it would be improper for us to add an additional layer of interpretation onto the text.

Bill Mounce
Bill is the founder and President of BiblicalTraining.org, serves on the Committee for Bible Translation (which is responsible for the NIV translation of the Bible), and has written the best-selling biblical Greek textbook, Basics of Biblical Greek, and many other Greek resources. He blogs regularly on Greek and issues of spiritual growth. Learn more about Bill's Greek resources at BillMounce.com.
Next Post
5 Disputed Books in the Old Testament 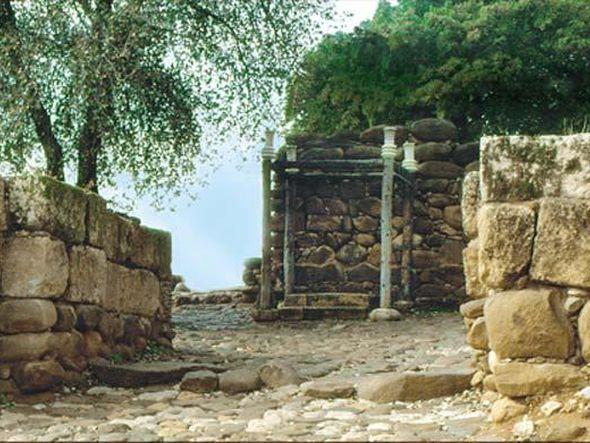 5 Disputed Books in the Old Testament The church hasn’t always agreed on the value of certain canonized books. Martin Luther famously wanted Hebrews, James, J...
Your form could not be submitted. Please check errors and resubmit.