The Avalanche of Sin – Spotlight on WBC: Genesis, $9.99 Each for a Limited Time 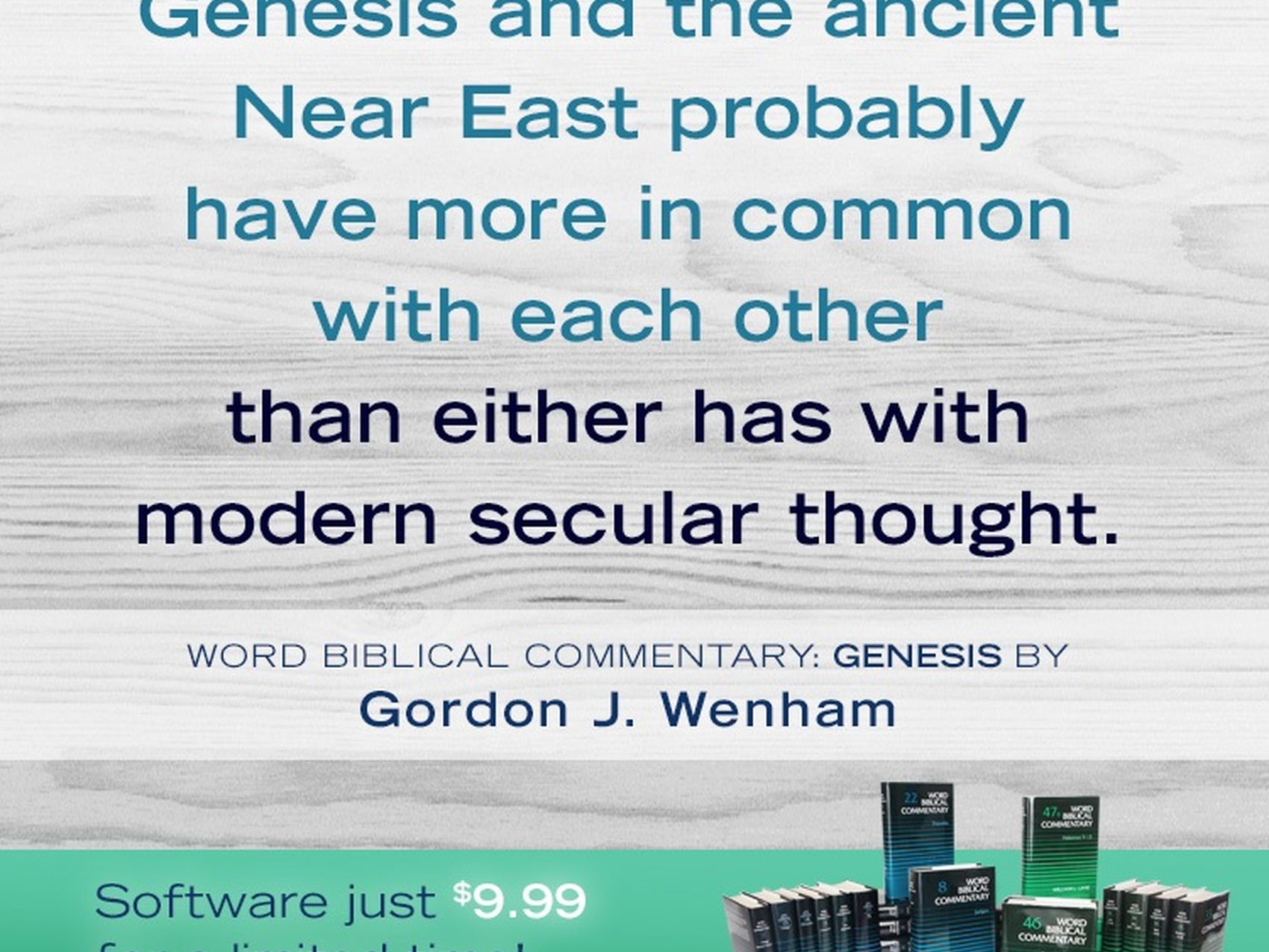 This includes Gordon J. Wenham's classic volumes on Genesis. Read an excerpt from Genesis 1-15 below, and then buy it now to save roughly 70% off the original price!

The ancient [Near Eastern] background to Gen 1—11 shows it to be concerned with rather different issues from those that tend to preoccupy modern readers. It is affirming the unity of God in the face of polytheism, his justice rather than his caprice, his power as opposed to his impotence, his concern for mankind rather than his exploitation. And whereas Mesopotamia clung to the wisdom of primeval man, Genesis records his sinful disobedience.

Because as Christians we tend to assume these points in our theology, we often fail to recognize the striking originality of the message of Gen 1—11 and concentrate on subsidiary points that may well be of less moment. But an examination of the wider context of Gen 1—11 within the book itself, and the structure of these chapters, does, I believe, emphasize the centrality of these [following] themes in the opening chapters…

The opening chapters of Genesis describe an avalanche of sin that gradually engulfs mankind, leading first to his near-annihilation in the flood, and second, to man’s dispersal over the face of the earth in despair of achieving international cooperation. Gen 3 describes how man’s first sin led to alienation between husband and wife and expulsion from the presence of God in Eden. Chap. 4 tells how Cain murdered his brother Abel and how Cain’s descendants further degraded mankind by their barbaric behavior. Chap. 6, the sexual union of women with the sons of God, is the last straw; the ultimate boundary between deity and the human family is breached, and the first creation returns to the watery chaos that characterized the earth before the separation of land and sea.

Noah, in many respects a second Adam, head of the new humanity and recipient of the renewed commission to fill the earth and subdue it, makes a more promising start… Yet he succumbs to wine, and his son Ham acts most dishonorably toward his father Noah, attracting to himself and his descendants a curse that was to be reflected in their future history. For from Ham descended Israel’s arch-foes, such as Egypt, Assyria, and the Canaanites (9:24-27; 10:6-20). Finally, the tower of Babel demonstrates the folly of the most illustrious civilization and religious system of the day. Their attempt to reach up to heaven is the acme of folly and prompts mankind’s dispersal over the face of the globe. Without the blessing of God the situation of humanity is without hope: that seems to be the chief thrust of the opening chapters of Genesis.

But the promises first made to Abraham in 12:1-3 begin to repair that hopeless situation…

Buy Genesis as part of the WBC bundle at WORDsearch