The Trinitarian Formula in 1 John 5:7–8 - Mondays with Mounce 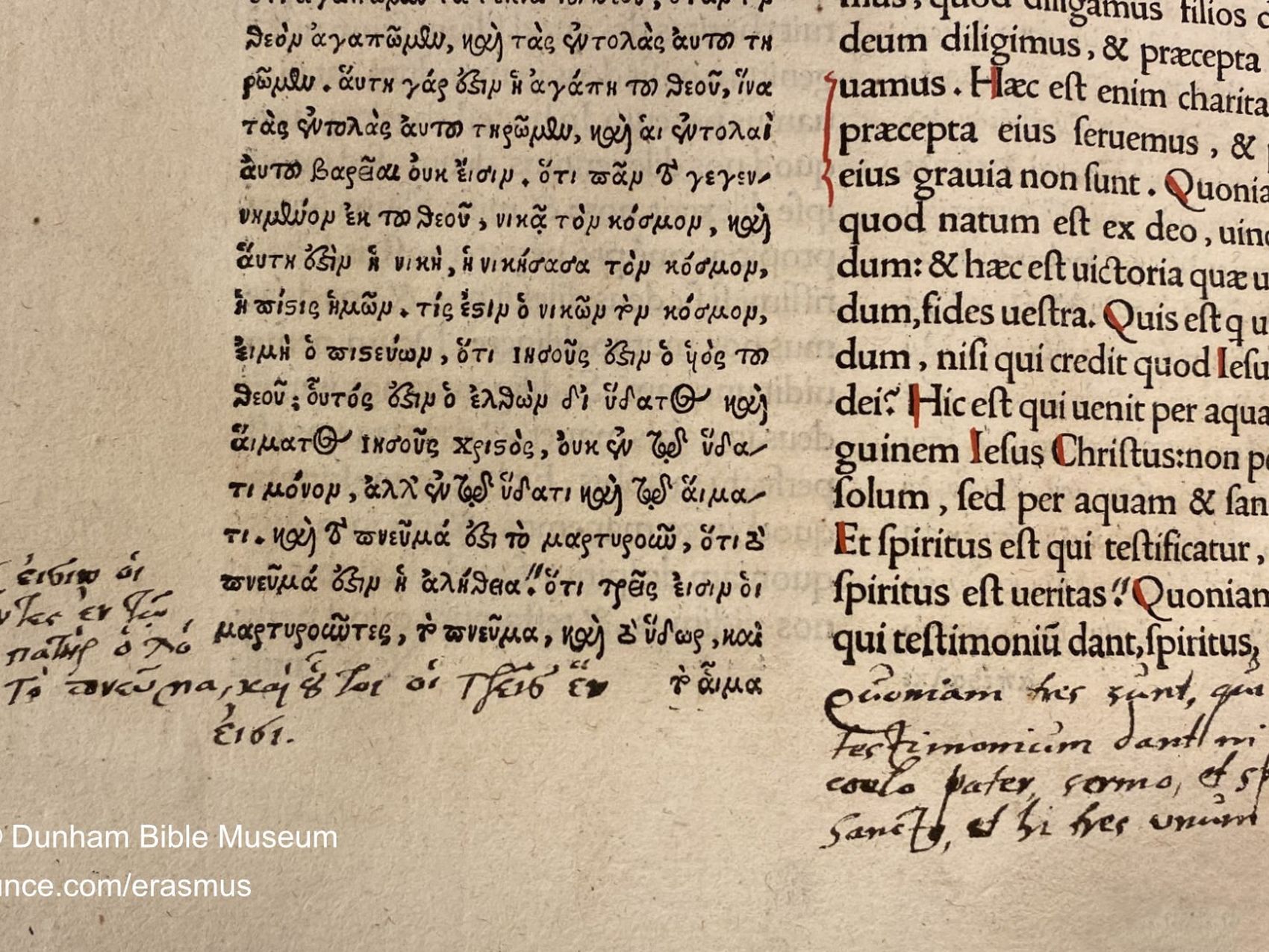 One of the ongoing attacks on modern translations has to do with the Trinitarian formula in 1 John 5:7–8. The accusation is that modern translators are dropping out the divinity of Christ from the Bible. I’ve now actually seen the factual evidence of why this is not true.

It is one of those charges that no matter how many times it is refuted — and it is easy to refute — the charges continue to circulate. I was in the manuscript library at Houston Baptist University this past weekend, the Dunham Bible Museum, and I was actually able to hold a second and third edition of Erasmus’ Greek text, page through it, and take pictures (without flash).

I checked out the longer ending of Mark (16:9–20), the pericope of the Woman Caught in Adultery (John 7:53–8:11, which is the worst name for a pericope in the Bible since the man was caught as well), and then went to 1 John 5 to check out the Comma Johanneum, as it is called. The words in italics below were added centuries after John wrote the epistle. The words are in the footnotes of the NIV, NASB, CSB, NET, and NLT (surprisingly not in the ESV or NRSV) but present in the KJV.

So how did these words get into the Bible? Erasmus clearly states that they were not original, but due to church pressure he added them from a suspected forged Greek manuscript in his third edition of the Greek New Testament. This edition was basically the basis for the KJV.

And this takes me back to the Dunham Bible Museum. As you can see from the picture above, somebody wrote the formula into the margin of the second edition, and it was moved into the text of the third edition (see below).

Modern Bibles do not leave the verse out; a few of the Greek texts behind the King James added them in. If it is wrong to subtract from God’s Word (and it is), so also it is wrong to add to God’s word. If we are going to criticize Bible translations, let’s do it accurately, with grace, knowing that all major Bible translations will lead you to the cross, and none will lead you to heresy.

*Both images are copyright, Dunham Bible Museum, used with permission.

Basics of Biblical Greek 1 Instructor: Dr. William D. Mounce
Part of a two-course series, Basics of Biblical Greek 1 will introduce you to the vocabulary and grammar of New Testament Greek, so you can begin studying the New Testament in its original language.
Course Details
View Course
Next Post
Two Helpful Techniques in Translating Greek (Heb 11:6) - Mondays with Mounce 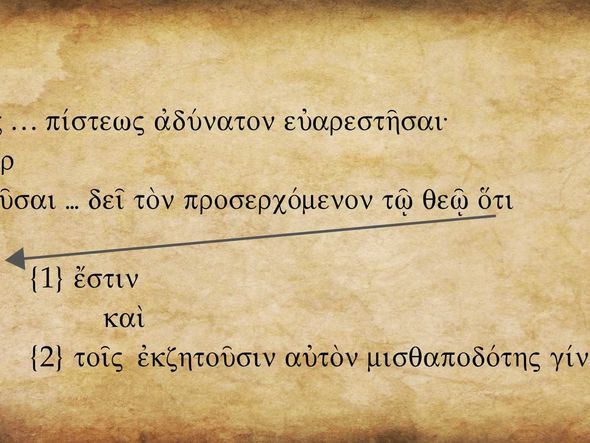 Two Helpful Techniques in Translating Greek (Heb 11:6) - Mondays with Mounce Note: you can watch this blog on YouTube The other day I asked about the two-fold requirement in Heb 11:6, and it is a...
Your form could not be submitted. Please check errors and resubmit.