Our faith is not founded upon empty words, nor are we carried away by speculation or tricked by false arguments. On the contrary, we put our faith in words spoken by the power of God, spoken by the Word himself at God’s command. God wished to win men and women back from disobedience, not through forced slavery, but by an appeal to human free will for freedom. The Word spoke first of all through the prophets, but because the language of their message was hard to understand, the Father sent the Word in person, commanding him to show himself openly so that the world could see him and be saved.

We know that by taking a body from the Virgin he refashioned our fallen nature. We know that his manhood was of the same clay as our own; if this were not the case, we could hardly be expected to imitate him. If he were a different substance than I, he would not have ordered me to do as he did, because by my nature I am so weak. A demand like this could not be reconciled with his goodness and justice.

No, he wanted us to know that he was just like us, so he worked, he was hungry and thirsty, and he slept. He endured his passion without protest; he submitted to death and revealed his resurrection. He offered his own manhood as the firstfruits of our race to keep us from losing heart when suffering comes our way, and to make us look forward to receiving the same reward as he did, since we know that we possess the same humanity. 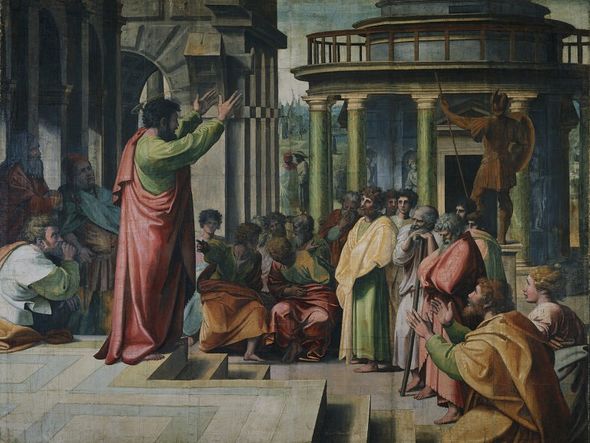 Extracurricular Activities 12.13.15—Pauline Studies Shift, Donald Bloesh's Soteriology, & Sexual Assault McKnight Examines Major Shift in Pauline Studies: New Perspective on Paul vs. Apocalyptic Paul Since 1977 there has been...
Your form could not be submitted. Please check errors and resubmit.