Which Doctrine Has Seen A Revival of Interest? The One Barth Placed Front and Center

“The doctrine of the Trinity stands front and center of the Christian faith and its articulation.” (13)

Jason S. Sexton makes this declaration at the beginning of his introduction to a new resource on the Trinity releasing September 2, Two Views of the Doctrine of the Trinity. Karl Barth agreed:

Barth was so convinced of the centrality of the Trinity that he placed the doctrine at the front of his Church Dogmatics, guiding and directing his behemoth dogmatic endeavor.

While this doctrine is central to the historic Christian faith, Sexton notes “before long the doctrine became settled, receiving little extensive engagement beyond the patristic era, with few exceptions in the medieval and scholastic periods…” (13)

That is, until now.

In recent years there’s been something of a trinitarian revival. “Exploration into the structure of this doctrine, while relatively reserved during most of the twentieth century, came with increased fervency in the last thirty years.” (13)

Most of this exploration has happened in dense monographs and lecture halls in faraway British lands. Sexton and the contributors wanted to offer a resource to ordinary believers to clarify the positions and help them better understand how the doctrine of the Trinity matters to the rest of Christian belief and practice.

Here is an overview of the background behind the discussion and the approach of this new, important book:

Background to the Discussion: Classical and Relational Views

It is widely acknowledged that the recent resurgence in trinitarian interest was largely led by Barth, setting the backdrop and catalyzing much trinitarian engagement over the past sixty years.

“Yet the second half of the twentieth century,” Sexton reveals, “saw a different kind of trinitarian theology developing, giving way to what we will refer to broadly as the relational doctrine of the Trinity.” (14)

Some may recognize the more common, yet unfortunate, term “social Trinity.” This volume uses the more appropriate label “relational Trinity.” Sexton explains why: “This provides helpful distance between certain relational or ‘social’ models that usually have been based deeply in anthropological or socio-political concerns.” (14)

Jürgen Moltmann was largely responsible in spearheading the movement to identify and link God with world affairs, finding resonance with liberation theologian Leonard Boff and feminist theologian Catherine Mowry LaCugna. Others have followed in the general footsteps of relational trinitarianism, extending and taking it in new directions: Wolfhart Pannenberg, Hans Urs Von Balthasar, Thomas Torrance, Millard Erickson, and Cornelius Plantinga, among others.

As one would expect, classical trinitarians have reacted and responded to their innovations. They have held onto such traditional features as “divine simplicity, transcendence, ineffability, rejection of the hard East/West bifurcation, and nervousness toward any relational ontology.” (15) Such classicists include Khaled Anatolios, Karen Kilby, George Hunsinger, Kevin Vanhoozer, and Fred Sanders.

The Approach in this Discussion: Method, Doctrine, Implications

Sexton contends the way forward for trinitarian theology must reckon with both the classical and relational views. “Each view provides viable options equally vying for the church’s attention as it seeks to hold forth the essence of the Christian faith as the hope of the world.” (16)

This volume introduces readers to the two views by assembling a cast of leading theologians: Stephen M. Holmes, a Baptist theologian, is convinced recent innovations hardly resemble the tradition; Paul D. Molnar, a Roman Catholic theologian, illustrates the abandonment of the immanent Trinity by contemporary theologians; Thomas H. McCall is a Wesleyan evangelical who employs analytic philosophy to engage the doctrine's problematic features; and Paul S. Fides, a mainline Baptist, incorporates pastoral experiences into the development of the doctrine.

Each essay addresses three important facets of the discussion:

Barth insisted the doctrinal content of the “Three-in-onesness of God” should “be made decisive and dominant for the whole of dogmatics.” (CD, I/1, 348) Sexton’s edited volume will help evangelicals and the wider Christian tradition follow Barth’s lead.

Next week we'll continue the discussion by reviewing the two positions which have come to mark trinitarian theology in recent decades. Until then, pre-order Two Views of the Doctrine of the Trinity.

Jeremy Bouma (Th.M.) has pastored on Capitol Hill & with the Evangelical Covenant Church in MI. He founded THEOKLESIA, a content curator dedicated to helping the 21st century Church rediscover the historic Christian faith; holds a Master of Theology in historical theology; and makes the vintage faith relevant at www.jeremybouma.com.

Jeremy Bouma
Jeremy Bouma (Th.M.) has pastored on Capitol Hill and with the Evangelical Covenant Church in Michigan. He founded THEOKLESIA, which connects the 21st century Church to the vintage Christian faith; holds a Master of Theology in historical theology; and makes the vintage faith relevant at jeremybouma.com.
Next Post
Theology Award Winners, 2013-2014. Plus an Invitation to Instructors. 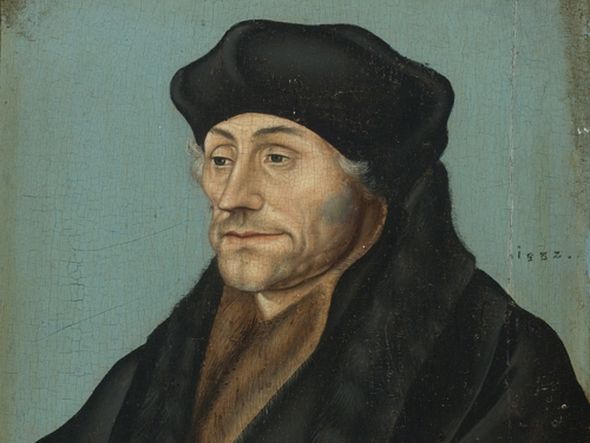 Theology Award Winners, 2013-2014. Plus an Invitation to Instructors. (Photo: Portrait of Erasmus of Rotterdam, painted by Lucas Cranach the Elder) Did you know Zondervan Academic partners w...
Your form could not be submitted. Please check errors and resubmit.