Who Were the Galatians?

If someone was to ask you who Paul wrote his epistle to the Galatians to, how would you respond? If you’re like most people, you’d probably answer that it was written to the church at Galatia, and—technically—you’d be right.

But did you know that there’s actually quite a bit of discussion around whether Paul’s letter was written to those in northern or southern Galatia? Does knowing who Paul was writing to affect how we read it? Not necessarily, but it does change the way we look at the book of Galatians in regards to Acts.

In his online course on Galatians, Thomas R. Schreiner helps us understand a little better about who Paul was writing to. The following post is taken from Schreiner’s course.

Who were the recipients of Paul’s epistle to the Galatians?

For instance, did Paul’s confrontation with Peter (Gal 2:11–14) take place before the apostolic council of Acts 15 (according to most who support the south Galatian theory), or after that meeting (according to the north Galatian theory)? In this context, it does affect interpretation to some extent. Does Paul omit mentioning any of his visits to Jerusalem in the letter to the Galatians ? (More on this below.) How do we correlate the Pauline visits to Jerusalem with his visits as they are recorded in Acts? The issue is of some importance because we have a historical faith and believe that the events of biblical history are significant.

Galatia became a Roman province in 25 BC, and the province included people from many ethnic groups, including the “Celts” or “Galatians,” who had migrated to Asia Minor by 278 BC. In Paul’s day, the province was a large area that touched the Black Sea in the north and the Mediterranean in the south. As time passed, however, the province changed. “Vespasian detached almost all of Pisidia from Galatia in AD 74 and about AD 137 Lycaonia Galatica was removed and added to an enlarged province of Cilicia. In AD 297 southern Galatia was united with surrounding regions to form a new province of Pisidia with Antioch as its capital.”[2]

Hence, commentators in early church history naturally thought Galatians was written to the province as it existed in later Roman history, and therefore, virtually all scholars believed that Galatians was written to the ethnic Galatians in the northern part of the province. But the work of William Ramsey and others in the twentieth century has provoked scholars to reexamine the destination of the letter, for scholars are now apprised of the dimensions of the Galatian region during Paul’s day. Therefore, the identity of the recipients of the letter has been debated intensely in the last century.

Support for the North Galatian Theory

Support for the South Galatian Theory

Though I favor a south Galatian destination, the supporting arguments are not clear enough to remove doubt. We are reminded here of the tentativeness of the historical task since we lack enough information to reach a secure conclusion. If Paul wrote to south Galatia, then he likely wrote to the churches evangelized in Acts 13–14. Here I focus on some of the remaining arguments supporting a south Galatian destination, but I note some of the weaknesses of these arguments as well.

What about the argument over circumcision?

We have seen above that the most serious objection to the southern theory is that Acts 15:1–35 and Gal 2:1–10 are remarkably similar. At both meetings circumcision was debated and the apostles decided that circumcision was not required for the salvation of Gentiles. Is it possible that the same meeting took place on two occasions? Many defenders of the south Galatian hypothesis respond by emphasizing that the meeting in Gal 2:1–10 was of a different nature than the council in Acts 15. The former was a private meeting, while the latter was a public discussion. In Acts we see official deliberations and a formal decision, while in Galatians we see an informal and private judgment. Further, south Galatian proponents claim that Paul would have informed the Galatians what the council decided if the events of Acts 15 had already transpired. Why would he refrain from informing the Galatians about such an important decision?

We must admit that untangling the knots in deciphering the destination of Galatians is difficult. It is possible that Acts 15:1–35 and Gal 2:1–10 record the same meeting from different perspectives. The debate over circumcision may have lasted several days or even longer, and we see a compressed summary of what occurred in both Galatians and Acts. Furthermore, it’s possible to hold to a south Galatian destination and to argue that Gal 2:1–10 and Acts 15:1–35 refer to the same event. One could argue that Paul did not record every visit to Jerusalem but only included visits in which he had significant private discussions with the apostles. Hence, he may not have included visits to Jerusalem where he was with the apostles in public settings. We notice in Galatians that he limits his description to a private meeting with Peter and James (Gal 1:18–19), and to his private meeting with James, John, and Peter (2:1–10).

It is possible that the substance of what was decided by the apostolic council of Acts 15 is summarized in a compressed form in Gal 2:6. Paul does not cite an official document but declares that nothing was added to his gospel, showing that the apostles agreed with his theology. Paul, in other words, relayed the events of the meeting from his perspective.

Identifying the recipients of Galatians is important for Pauline chronology and history, but it is not determinative for the interpretation of the letter, and the meaning of the letter does not change dramatically whether we opt for a north or south Galatian hypothesis.

This post is adapted from Thomas Schreiner's Galatians online course. To learn more about the Galatians, sign up for the course today.

Thomas Schreiner
(PhD, Fuller Theological Seminary) is the James Buchanan Harrison Professor of New Testament Interpretation and Professor of Biblical Theology and Associate Dean of the School of Theology at The Southern Baptist Theological Seminary in Louisville. Among his many books, he has recently published Faith Alone: The Doctrine of Justification in Zondervan Academic’s The Five Solas series.
Featured Product 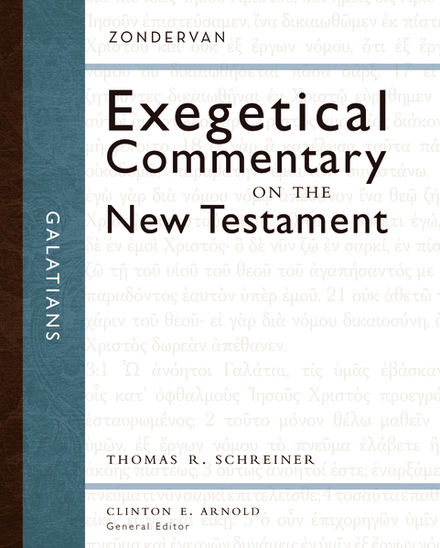 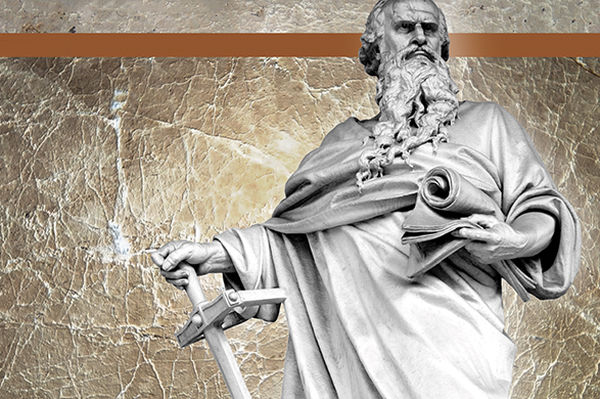