Church tradition from the earliest days of Christianity has ascribed these letters to John, commonly believed to be the apostle John—one of Jesus’ chosen twelve, the son of Zebedee, and “the disciple whom Jesus loved” of John’s gospel.

But there’s a problem. Neither the text of the gospel nor that of the letters bears John’s name, or any name. Second and Third John are from the pen of “the elder,” who is not identified. The letters and gospel are anonymous to us, but the Christians who originally received them undoubtedly knew the identity of the author, and it is likely on the ancient testimony of those believers that the letters have been ascribed to John.

But John was a common name at the time, and early in Christian history some came to doubt if “the elder” was the same man as the author of 1 John and John’s gospel. Modern scholarship has complicated the issue even further with most New Testament scholars rejecting the identity of the beloved disciple as the apostle John and conjecturing as many as five different author or redactors for the gospel and letters.

2 early sources that claim John as the author: Polycarp and Papias

The earliest ascription of authorship to John comes from Polycarp, bishop of Smyrna (d. AD 156), and from Papias, a contemporary of Polycarp, whose writings survive only as quotations in the later writings of Irenaeus and Eusebius.

The witness of Polycarp

Both Polycarp and Papias lived in the greater vicinity of Ephesus in western Asia Minor, the location to which the apostle John is said to have fled at about the time when the Romans destroyed the temple in Jerusalem (AD 70), taking Mary the mother of Jesus with him. There he presumably lived for the rest of his long life, on into the reign of Trajan, the Roman emperor who ruled the empire from AD 98 to 117.

Irenaeus (AD 175–195), bishop of Lyon, was born in Asia Minor and as a child personally knew Polycarp, who is said to have been appointed bishop of Smyrna by eyewitnesses of the Lord Jesus. Irenaeus says that John, the disciple of the Lord who was with Jesus in the upper room, wrote the gospel of John while living in Ephesus (Haer. 3.1.2).

Even though such sources are subject to the same historical scrutiny as other ancient documents, this is a remarkable chain of historical witnesses—from Irenaeus, to Polycarp, to John himself—enjoyed by no other New Testament book.

The witness of Papias

The witness of Papias is more complicated and has been the subject of more debate, for his writings are preserved only in those of Eusebius, whose interpretation of Papias’s words raised the possibility of two men named John, one authoring the gospel and another, the elder John, the letters and the book of Revelation.

Papias mentions John twice, once as a “disciple of the Lord” and again as an “elder.” But Eusebius overlooked the fact that even when Papias refers to Peter and James, he doesn’t at first call them “apostles” but “elders,” suggesting that the two titles were not mutually exclusive in Papias.

But ever since the fourth century when Eusebius wrote, there has been debate in the church about the authorship of the three letters attributed in the New Testament to John.

Although the issue of authorship will not likely ever be known with certainty, the author of these letters clearly claims to be a bearer of the apostolic teaching about Jesus that was based on eyewitness testimony about his public ministry, death, and resurrection.

The relationship between the three letters and between them and the gospel indicates that the same author likely wrote all three letters, and he was also either the author of the gospel or a close associate. These letters insist that this apostolic testimony trumps any reinterpretation of Jesus by those who were not commissioned by him and who were far removed from personal knowledge of him.

The Gospels telling that story were written some decades later and so are concerned, first, with the events of Jesus’ lifetime recorded but, second, with what was happening in the churches to which each gospel was addressed and which shaped their content. Thus, it is appropriate to consider what was happening in the churches that were the original recipients of John’s gospel, most likely the last gospel to be written.

The New Testament letters are different from these narrative accounts of the life of Jesus because each letter addressed pressing issues of the moment rather than recounting events from a previous time period. The authors of the letters are addressing real questions, issues, and circumstances that are pressing at that moment of time.

Consequently, they allow us to distinguish three periods of the first century and place the events and the origin of the books within each period:

The gospel and letters of John were written within this last period, when the church at large faced huge issues, such as organized persecution of Christians by the Roman government, heresy infiltrating the church (especially from the various Greek philosophies), and a crisis of church leadership, especially as the apostles died and the Lord had not returned.

John’s letters reflect the second and third issues: heresy and a crisis of leadership. False teachers had emerged from the elder’s own church(es), and their beliefs were challenging his apostolic leadership. If the elder was John son of Zebedee, he was likely elderly and the last living apostle. As the church stood on the brink of an uncertain future in the midst of a transition to church leaders who were not apostles, there was no more critical issue than where the truth about Jesus Christ was to be found. The elder argues that Christian leadership is essentially conservative, preserving and passing to the next generation the teaching of the apostles whom the Lord himself had chosen. Innovation in Christian belief and practice had to be bounded by apostolic orthodoxy. This is relevant in every generation of the church until the Lord returns.

This post has been adapted from Karen H. Jobes’ commentary on 1, 2, & 3 John in the Zondervan Exegetical Commentary on the New Testament.

For an in-depth, verse-by-verse study of 1, 2, and 3 John, see Karen H. Jobes’ newly-released video lecture series. Order the DVD, watch the videos on Vimeo or Amazon Prime Video, or stream the lectures on MasterLectures right now with a 14-day FREE trial. 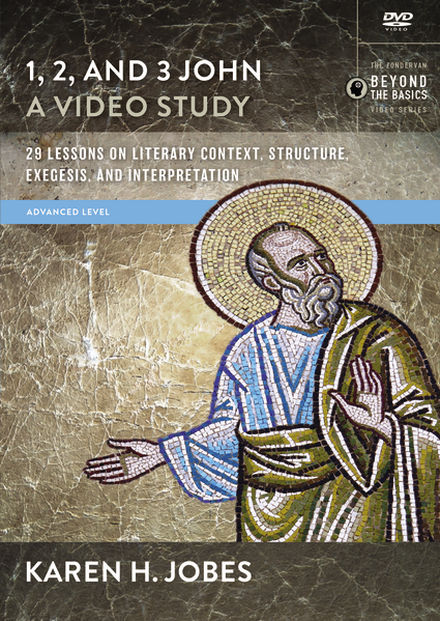 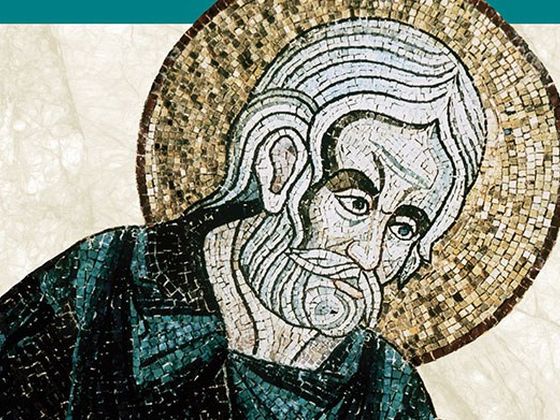 Who Wrote the Gospel of John? The Gospel of John provides no explicit internal evidence concerning its author. John, the disciple, is nowhere identified by name. But the Fourth Gospel might provide us with clues conceal...
ZA Blog March 23, 2018
Your form could not be submitted. Please check errors and resubmit.