The first word of 1 Peter is the author’s name, Petros, and he identifies himself as an apostle of Jesus Christ.

There is little question that the letter purports to be from the person we know as Simon, who was called “Rock” by the Lord Jesus.

Who is the Apostle Peter?

For most readers of the New Testament, Peter needs little introduction. We know him as the outspoken and even brash disciple of Jesus who, along with James and John, was part of the Lord’s inner circle. He is famous for his bold declaration of Jesus’s identity, telling Jesus, “You are the Messiah, the Son of the living God.”

Jesus called him into the leadership of God’s people:

“Blessed are you, Simon son of Jonah, for this was not revealed to you by flesh and blood, but by my Father in heaven. And I tell you that you are Peter, and on this rock I will build my church, and the gates of Hades will not overcome it. I will give you the keys of the kingdom of heaven; whatever you bind on earth will be bound in heaven, and whatever you loose on earth will be loosed in heaven.” (Matthew 16:17–19)

Jesus began to explain to his disciples that he must go to Jerusalem and suffer many things at the hands of the elders, the chief priests and the teachers of the law, and that he must be killed and on the third day be raised to life. Peter took him aside and began to rebuke him. “Never, Lord!” he said. “This shall never happen to you!” (Matthew 16:21–22)

Peter is also notorious for having three times denied knowing Jesus on the night the Lord was betrayed. However, the Lord reaffirmed Peter’s call to serve God’s people with another incident involving three responses: he invited Peter to declare his love three times and followed up each response with a command that Peter care for the Lord’s sheep:

When they had finished eating, Jesus said to Simon Peter, “Simon son of John, do you love me more than these?”

Again Jesus said, “Simon son of John, do you love me?”

He answered, “Yes, Lord, you know that I love you.”

The third time he said to him, “Simon son of John, do you love me?”

Peter was hurt because Jesus asked him the third time, “Do you love me?” He said, “Lord, you know all things; you know that I love you.”

In Acts 2, we learn of Peter’s leadership as he preaches on the Day of Pentecost, when the Holy Spirit was poured out upon some 120 disciples of Jesus who were gathered in prayer after the Lord’s ascension.

The first several chapters of the book of Acts depict Peter as a leader of the church in Jerusalem. For example, after his powerful Pentecost sermon, Peter performs wonders in Jerusalem, continues to preach, faces persecution, and exercises discipline within the budding Christian community. After a vision in Joppa he meets with a Gentile named Cornelius and then returns to Jerusalem to convey the importance of mission to the Gentiles. However, Peter disappears in the second half of the book of Acts as the ministry of Saul of Tarsus takes center stage.

What happened to Peter?

Church history and legend offer answers to some questions concerning the ongoing ministry and fate of the apostles. One such source, The Acts of Peter, claims that Peter encountered the risen Lord Jesus on a road outside of Rome. In this meeting Peter asks the Lord, “Where are you going?” Jesus indicates that he is going to Rome to be crucified again, a reference to the martyrdom of his followers there. Peter then finds the courage to return to Rome. Upon his return Peter is arrested and crucified—opting to hang upside down on the cross because he deemed himself unworthy to die in the same manner as his Lord. This is why, in some ancient art, Peter is depicted along with an upside-down cross. Peter’s martyrdom (as well as the apostle Paul’s) is thought to have occurred under Emperor Nero. First Peter 5:13 may support the tradition that Peter ended his days in Rome, since it mentions that he is in “Babylon,” which is likely a reference to Rome.

Peter, like Paul, refers to himself as an apostle, which means that his authority proceeds directly from the Lord Jesus. Indeed, in a vision that also involves another set of three interactions with Jesus, the Lord invites Peter into mission to the Gentiles. Acts 10:1–11:18 recounts Peter’s evangelistic encounter with Cornelius and his household, followed by Peter’s response to the criticism by Jewish believers who had been made aware of his table fellowship with Gentiles. Jesus called Peter as apostle to minister to both Jews and Gentiles, as he does with this letter, in which he depends heavily upon the Jewish Scriptures.

Contemporary scholarship has called into question Peter’s authorship of 1 Peter, suggesting that an unknown Christian wrote in Peter’s name in the late first- or the early second-century AD. Some scholars even hypothesize the existence of a “Petrine circle,” out of which came 1 and 2 Peter. There are a range of issues that cast a shadow of doubt over Petrine authorship, but there are three main arguments:

The major commentaries on 1 Peter lack consensus concerning these doubts of Peter’s authorship. For example, on the claim that Peter’s Greek is too sophisticated for a Galilean fisherman, Karen Jobes notes that “the quality of the Greek is a somewhat subjective judgment.” Jobes concludes that “the author of 1 Peter may well have been a Semitic speaker for whom Greek was a second language.” Other scholars suggest that Peter used a secretary (called an amanuensis), who was more proficient in Greek.

Regarding claims of Peter’s dependence upon Pauline or deutero-Pauline writings, there is no clear evidence that Peter depended upon Pauline literature; they may simply have both shared common Christian tradition. Paul J. Achtemeier, after an extensive comparison of the two authors, concludes, “The notion of the dependence of 1 Peter on Pauline theology, to say nothing of literary dependence on the Pauline corpus, seems often to have been exaggerated.”

As for the claims related to the historical situation, state-sanctioned persecutions occurred under emperors Nero (AD 54–68), Domitian (AD 81–96), and Trajan (AD 98–117). However, most scholars acknowledge that Peter’s readers are not facing official, empire-wide persecution, but rather local, unorganized, and sporadic oppression. Consequently, the references to suffering in the letter give no firm indication of its date, and do not contribute definitively to the debate over Petrine authorship.

Why the Apostle Peter is the author of 1 Peter

After weighing the arguments, one need not reject Petrine authorship of 1 Peter.

If Peter is genuinely the author of 1 Peter, then the most likely date of composition is sometime before AD 64, the date of his supposed martyrdom under Emperor Nero. Related to the question of date is the tradition that Peter spent time in Rome, the city where he likely penned the letter (as well as 2 Peter, although there are also objections to Petrine authorship of that writing).

At the close of the letter, Peter sends greetings from “Babylon”: “She who is in Babylon, chosen together with you, sends you her greetings, and so does my son Mark.”

“Since Peter had Mark as his companion when he wrote this Epistle, it is very probable that he was at Babylon; and this was in accordance with his vocation, for we know that he was appointed an apostle especially to the Jews. He therefore visited chiefly those parts of the world where there was the greatest number of that nation.”

Nevertheless, Calvin appears to have been attracted to this opinion because of ecclesiastical politics; he, like other leaders of the Protestant Reformation, wanted to invalidate claims associating Peter with the papacy in Rome.

Against Calvin’s reasoning is the fact that the ancient city of Babylon had few inhabitants in the middle of the first-century AD and consisted of little more than ruins. Contemporary scholars are in general agreement that “Babylon” is a cipher for Rome.

Many contemporary scholars have noted features of the letter that suggest that the apostle Peter is the actual author. For example, Larry R. Helyer discusses passages that evoke moments in Peter’s life, such as Jesus’s washing of the disciples’ feet and how that might be reflected in 1 Peter 5:5–6.15. Helyer concludes:

“By the time Eusebius writes his magnum opus… Peter’s post-NT career is summarized as follows: ‘Peter appears to have preached through Pontus, Galatia, Bithynia, Cappadocia and Asia, to the Jews that were scattered abroad; who also, finally coming to Rome, was crucified with his head downward, having requested of himself to suffer in this way.’”

It seems best to conclude that Peter wrote 1 Peter from Rome to Christians in Asia Minor who were being ostracized because of their faith. 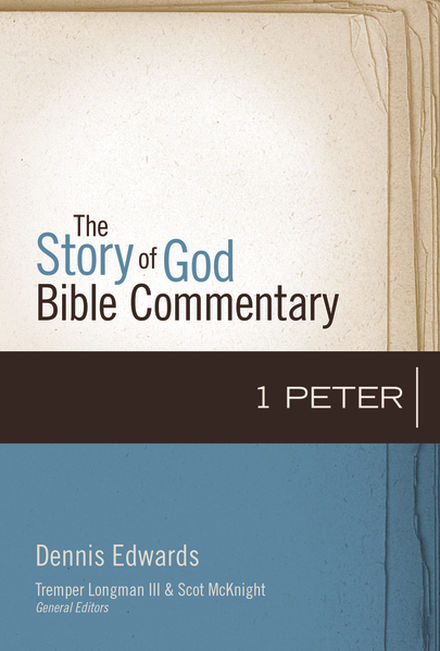 1 Peter Dennis R. Edwards
'Getting a story is about more than merely enjoying it. It means hearing it, understanding it, and above all, being impacted by it. This commentary series hopes...
Hardcover, Printed
Not Available Request an Exam Copy
Next Post
3 Reasons Christians Cannot Commit the Unforgivable Sin 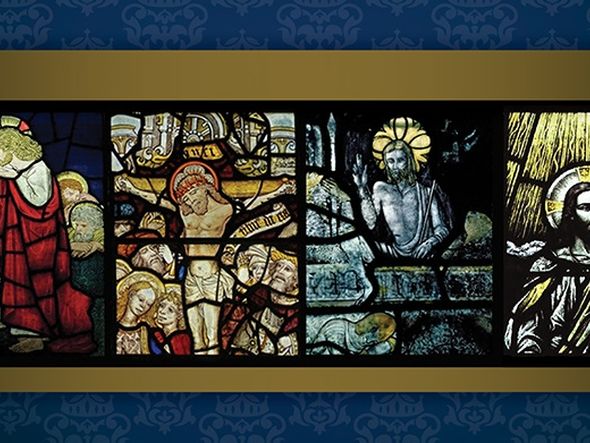 3 Reasons Christians Cannot Commit the Unforgivable Sin There is a point in the synoptic gospels where some scribes from Jerusalem alleged that Jesus cast out demons by the pri...
Related Posts
Who Wrote the Book of Hebrews? When you consider the wide agreement among biblical scholars about who wrote every other book of the New Testament, it’s a little mysterious that we don’t know who wrote Hebrews. There are ...
ZA Blog April 17, 2017
Your form could not be submitted. Please check errors and resubmit.