Why Do We Need to Read the Gospel of Mark in Context?

Scripture is not a 21st century text. 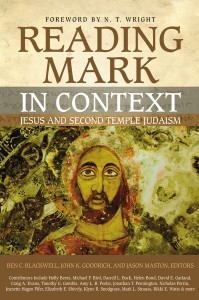 The recently released Reading Mark in Context: Jesus and Second Temple Judaism helps the reader see the contour and texture of Jesus’ engagement with his Jewish environment. It brings together a series of accessible essays that compare and contrast viewpoints, theologies, and hermeneutical practices of Mark and his various Jewish contemporaries.

This week we asked the editors, Ben C. Blackwell, John K. Goodrich, and Jason Maston, to weigh in on why they thought it's important to read the Gospel of Mark in context. Read further to hear what they had to say.

Just the other day a new student asked me about studying the New Testament and early Christianity. They were wondering how you study early Christianity because we have relatively few sources for knowing what they thought and practiced. However, when I noted exponential growth in the variety of material we have from the second, third, and forth centuries, the problem is not too little material from these early Christians to process but too much material. Of course, it’s not really too much, but there is so much that putting all the data together can be quite complex.

Since that is the nature of later Christian material, they offered that it’s too bad that we don’t have that same diversity with Jewish material for understanding the New Testament. While again we don’t have “too much,” we have quite a bit of theological, liturgical, historical, philosophical, mystical, narrative, etc. texts from Jews that lived within a similar timeframe as the New Testament. The problem isn’t so much the limited amount of material that we have, the problem for students interpreting the New Testament is that they are almost completely unaware of the existence of the material, much less its breadth and depth.

I was so much on board when the idea was initially brought up for Reading Romans in Context and now Reading Mark in Context because after seminary I was partially aware that this world existed, but I didn’t know anything about specific texts or much about particular ideas. Our goal with these is to introduce students to this world by making this material accessible to graduate and undergraduate level students. We provide glimpses into that world to help people know it exists and to get a sense of some of its flavor. With just glimpses this means that each chapter is selective, just covering one central topic. Of course, the depth and variety of each biblical passage means there’s much more that could be explored, but we hope this will whet the appetite to study these issues further.

John Goodrich:
This summer my family and I were glued to our television for nearly a month, as we are every four years, during the FIFA World Cup. Even though the USA didn’t qualify, we were pulling for one particular team—England, where my wife and I lived during my doctoral studies. Sadly, the Three Lions were eliminated in the semi-final round, bringing an all-too-early end to our World Cup dreams. But it was an exciting tournament nonetheless and we were sorely disappointed when the final whistle blew.

Despite our World Cup thrills, most viewers probably appreciated the tournament far more than we did. While my family and I are avid fans of football, the truth is we normally follow the other kind—American football, which is, as they say, a completely different ballgame. In fact, our familiarity with the players, rules, strategies, and team histories of international soccer are embarrassingly limited. We know enough of the basics to follow along, even enough to get caught up in some of the drama, but there is no question we would have understood and appreciated more of what we were watching had we possessed a deeper well of knowledge about the sport, even about international politics and pop culture.

Believe it or not, reading the Gospel of Mark is not unlike watching the World Cup. Many readers can easily pick up their New Testament, read the Second Gospel, and walk away better informed about the life, ministry, and passion of Jesus Christ. They can even, as a result, grow in their love for our Lord and live more faithful lives as his disciples. But what Jesus said and did resonates at an altogether deeper level when one brings to the Bible greater awareness of the “game” Jesus was playing—that is, the game of Second Temple Judaism. Mark’s Gospel was written for readers with at least some familiarity with intertestamental Jewish history, politics, culture, and religion. In fact, there are numerous pericopae that are in implicit dialogue with the Jewish theological traditions extant in the first century. Sometimes the evangelist himself tells us exactly what those traditions and beliefs consisted of. For example, when introducing the Sadducees for the first and only time in the narrative, Mark tells us they were a sect of Judaism that denied the resurrection of the dead (12:18). But at other times, Mark assumes his readers themselves possess the requisite knowledge to fill in the blanks about the who, what, and where of the story. Reading Mark in Context seeks to show how familiarizing oneself with Second Temple Jewish literature can help fill those blanks and thereby to allow the text to speak in new and enriching ways. The volume was designed to cover the entire Second Gospel, but not to be exhaustive. Much more could be said both about Judaism as well as about Jesus. But hopefully this book will whet one’s appetite for reading Mark’s Gospel in context and for digging deep into the world of the New Testament.

Why read Mark in dialogue with ancient Jewish sources? One reason: Jesus was a Jew. This point seems simplistic and every scholar and, in fact, lay person knows this. But knowing it and trying to make sense of it are two different things. Jesus lived and Mark wrote in a world different from our own, and the best way we have today to inhabit their world with them is to study them alongside other literature from that time period. There are several benefits that come from studying Mark and Jesus alongside their contemporaries. First, scripture opens up to us. Figures like Herod, the Pharisees and Sadducees come alive. Jesus’ words about the kingdom of God or the strange figure of the “Son of Man” begin to make more sense. We can better understand the distinctiveness of Jesus, as well as see how he was a typical Jew in so many ways. A second benefit is the converse of the first: scripture becomes mysterious. Many of us contain or constrain the mystery of scripture. We bypass the awkwardness, ignoring it or forcing it into paradigms we are more comfortable with. Yet, when we read Mark or study Jesus alongside their contemporaries, it flags for us that Scripture is not a 21st century text. We realize that Mark tells a strange story about a crucified messiah, a figure who belonged to his ancient context and yet exploded beyond it. Reading Mark alongside other Jewish literature helps us see that Mark—and Jesus—are redefining reality both in their ancient contexts and in ours. Jesus becomes a mystery again, a figure we can’t contain. Why read Mark in dialogue with ancient Jewish sources? Because we discover the wonder of Jesus in new, refreshing and life changing ways.

To continue to fill in the holes in your understanding of Jesus's world, you can purchase your copy of Reading Mark in Context at Amazon, Barnes & Noble, or Christian Book. 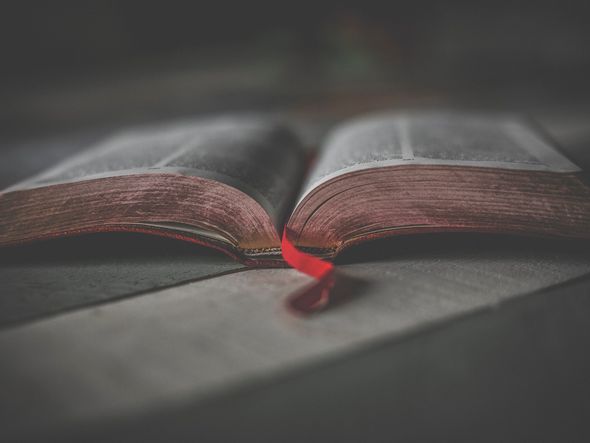 What Is Sola Scriptura? Sola Scriptura is a Latin phrase that means “only Scripture” or “Scripture alone.” It was one of the rallying cries of t...
Your form could not be submitted. Please check errors and resubmit.