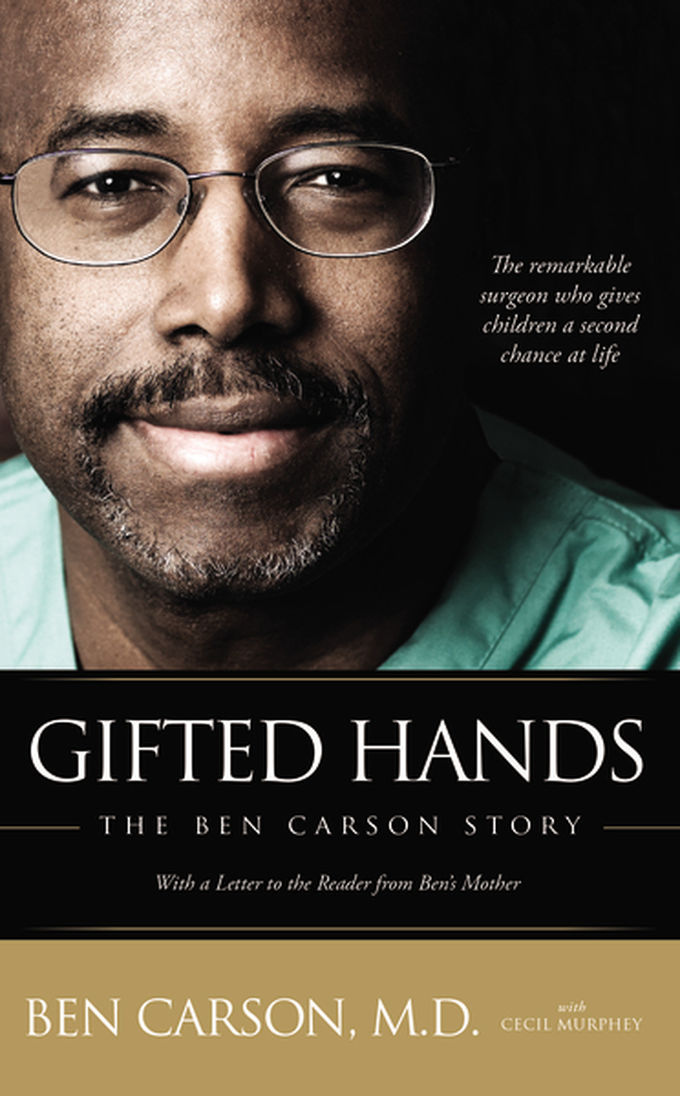 Ben Carson, M.D., works medical miracles. Today, he's one of the most celebrated neurosurgeons in the world. In Gifted Hands, he tells of his inspiring odyssey from his childhood in inner-city Detroit to his position as director of pediatric neurosurgery at Johns Hopkins Hospital at age 33. Ben Carson is a role model for anyone who attempts the seemingly impossible as he takes you into the operating room where he has saved countless lives. Filled with fascinating case histories, this is the dramatic and intimate story of Ben Carson's struggle to beat the odds -- and of the faith and genius that make him one of the greatest life-givers of the century.

Dr. Benjamin S. Carson, Sr., M.D., became the chief of pediatric neurosurgery at Johns Hopkins Hospital in 1984 at the age of 33, making him the youngest major division director in the hospital's history. He has written and published nine books, four of which were co-authored with Candy, his wife of 40 years. Dr. Carson was the recipient of the 2006 Spingarn Medal. In June 2008, he was awarded the Presidential Medal of Freedom. U.S. News Media Group and Harvard's Center for Public Leadership recognized Dr. Carson as one of "America's Best Leaders" in 2008. In 2014, the Gallup Organization, in their annual survey, named Dr. Carson as one of the 10 Most Admired Men in the World.

Dr. Carson and his wife are co-founders of the Carson Scholars Fund, which recognizes young people of all backgrounds for exceptional academic and humanitarian accomplishments. In addition, Dr. Carson is now the Honorary National Chairman of the My Faith Votes campaign and continues to work tirelessly for the cause of the American people.