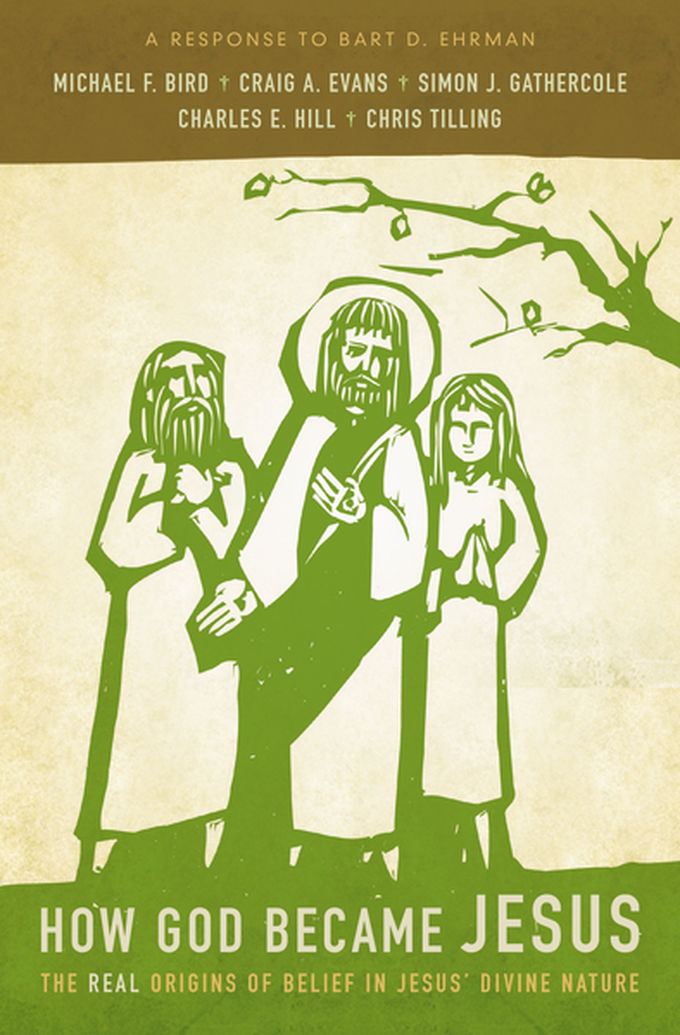 In his recent book How Jesus Became God: The Exaltation of a Jewish Preacher From Galilee historian Bart Ehrman explores a claim that resides at the heart of the Christian faith— that Jesus of Nazareth was, and is, God. According to Ehrman, though, this is not what the earliest disciples believed, nor what Jesus claimed about himself.

The first response book to this latest challenge to Christianity from Ehrman, How God Became Jesus features the work of five internationally recognized biblical scholars. While subjecting his claims to critical scrutiny, they offer a better, historically informed account of why the Galilean preacher from Nazareth came to be hailed as “the Lord Jesus Christ.” Namely, they contend, the exalted place of Jesus in belief and worship is clearly evident in the earliest Christian sources, shortly following his death, and was not simply the invention of the church centuries later.

Michael F. Bird is Academic Dean and lecturer in theology at Ridley College in Melbourne, Australia. He is the author of Jesus and the Origins of the Gentile Mission, The Saving Righteousness of God, Evangelical Theology, Romans (Story of God Bible Commentary Series), The Gospel of the Lord: How the Early Church Wrote the Story of Jesus, and editor of The Apostle Paul: Four Views. He also runs a popular theological studies blog called “Euangelion” and can be followed on twitter @mbird12.

Craig A. Evans is the John Bisagno Distinguished Professor of Christian Origins at Houston Baptist University, and author of several books, including Fabricating Jesus: How Modern Scholars Distort the Gospels (IVP Books, 2006).

Simon Gathercole is Senior Lecturer in New Testament at the University of Cambridge in Cambridge, UK, and author of several books, including The Pre-existent Son: Recovering the Christologies of Matthew, Mark and Luke (Eerdmans, 2006).

'This is a helpful collection of essays by first-rate scholars abreast of the latest research. Anyone who wants a reliable historical account of how early Christians came to see Jesus as God should read this book.' -- Richard Bauckham, Emeritus Professor of New Testament, University of St Andrews, UK

'This set of studies comprise a readable and lively response to Ehrman's book on how Jesus came to be regarded as in some sense divine. Collectively, they identify controversial issues and offer cogently put alternative views that deserve to be noted and that show that the scholarly discussion remains in play.' -- Larry Hurtado, Emeritus Professor of New Testament Language, Literature and Theology, University of Edinburgh