Holding Tight to the Issues that Matter Most
Charles W. Colson
Not Available Request an Exam Copy 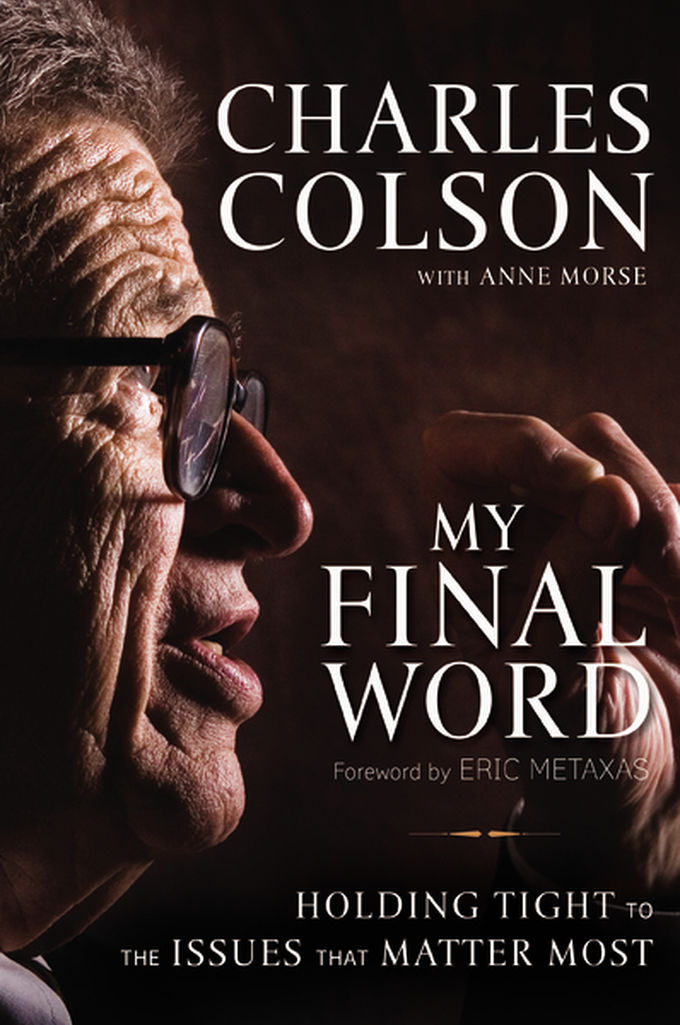 One of the most respected and influential Christian leaders of the last several decades, Chuck Colson engaged millions through his books, public speaking, and radio broadcasts.

In My Final Word, longtime Colson coauthor Anne Morse has selected and arranged pieces Colson wrote mostly during the last decade of his life, spotlighting what he saw as key topics of ongoing importance for Christian cultural engagement. Some of these issues include:

Longtime readers and new readers alike will be struck by the power and immediacy of Colson’s arguments. My Final Word is a fitting end to Colson’s distinguished publishing career, a behind-the-scenes encounter with an influential thinker, and a needed call to an ongoing and relevant Christian public witness.

Chuck Colson was a popular and widely known author, speaker, and radio commentator. A former presidential aide to Richard Nixon and founder of the international ministry Prison Fellowship, he wrote several books that have shaped Christian thinking on a variety of subjects, including Born Again, Loving God, How Now Shall We Live?, The Good Life, and The Faith. His radio broadcast, BreakPoint, at one point aired to two million listeners. Chuck Colson donated all of his royalties, awards, and speaking fees to Prison Fellowship Ministries.

My friend Chuck Colson worked tirelessly to promote a biblical worldview on the sacredness of life, the sanctity of marriage, and our religious liberties. But he had much more to say about other critical issues that are now clamoring for the center stage in our culture---and it is presented eloquently and powerfully in My Final Word! -- Joni Eareckson Tada, Joni and Friends International Disability Center

Every man’s “final words” are important, but Chuck Colson was no ordinary man. Chuck’s “words” slice through the fog and clutter of this culture and authoritatively speak to a dozen of the most compelling issues of our day. This is a must-read for anyone who wants to survive the current cultural tsunami. -- Dennis Rainey, host of FamilyLife Today

Chuck Colson was a prison-reformer-turned-cultural-transformer. When he left this world for a better one in 2012, he left behind a legacy of sacrificial love and many words of wisdom we still need to hear. This book is filled with such words. They still stir, inspire, and give us hope. -- Timothy George, founding dean of Beeson Divinity School of Samford University

Chuck Colson’s voice is still heard on the issues of today. In My Final Word he has addressed every issue that confronts the world today. In addition to his wealth of knowledge, experience, and love for Christ, his archival material reveals prophetic insight into how believers in America are going to face persecution because of their faith. Dr. Colson sounds the alarm for the church to ready itself for battle---a necessary part of standing for Jesus Christ and the Word of God in the last days. You will be challenged in your Christian faith, but you will also be blessed by understanding how the gospel is moving forward in troubled times, to bring others to salvation for the glory of our Lord and Savior. -- Franklin Graham, president and CEO, Billy Graham Evangelistic Association; Samaritan’s Purse