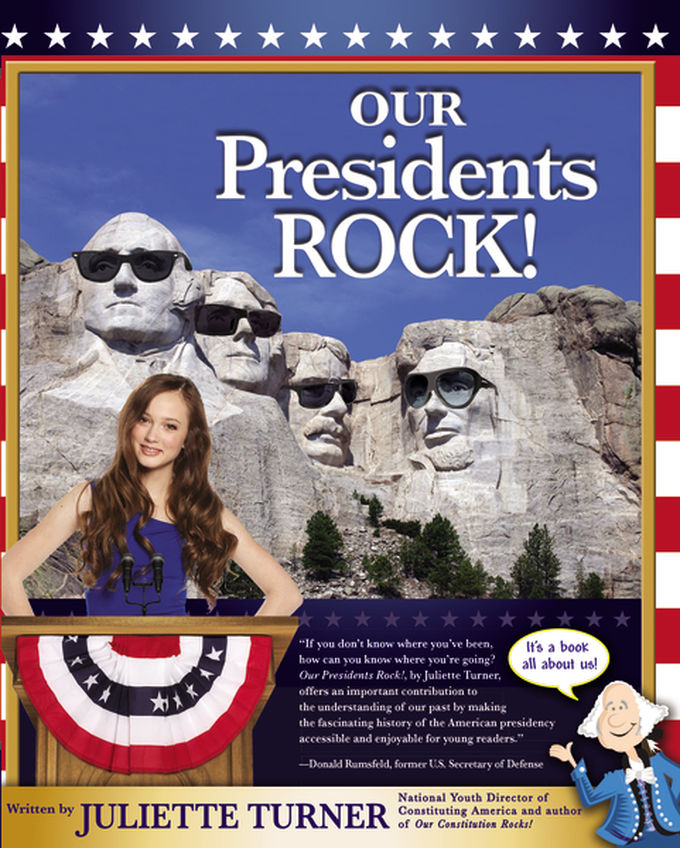 You are invited on a totally unique journey through presidential history with Juliette Turner, the National Youth Director of Constituting America. Through fun cartoons, quotes, great graphics, and Juliette’s quirky sense of humor, you’ll discover tons of fun new facts about the presidents of the United States and the role of the executive branch. These aren’t just a bunch of old men in suits! Many of them were ordinary people like you who overcame trials in order to become America’s leader, and all of them entered the political arena with the goal of protecting the country they loved. Written for kids by a kid, Juliette’s passion and excitement breathes new life into American history and the role of one of the most powerful positions in the world.

Eighteen-year-old Juliette Turner, author of Our Presidents Rock! (2014) and That’s Not Hay in My Hair (2016), is a college freshman and the National Youth Director of Constituting America. When she isn’t writing or on the speaking circuit, she can be found with her mother, actress Janine Turner, on their ranch caring for their four dogs, two cats, herd of longhorns, and four Angus cattle.