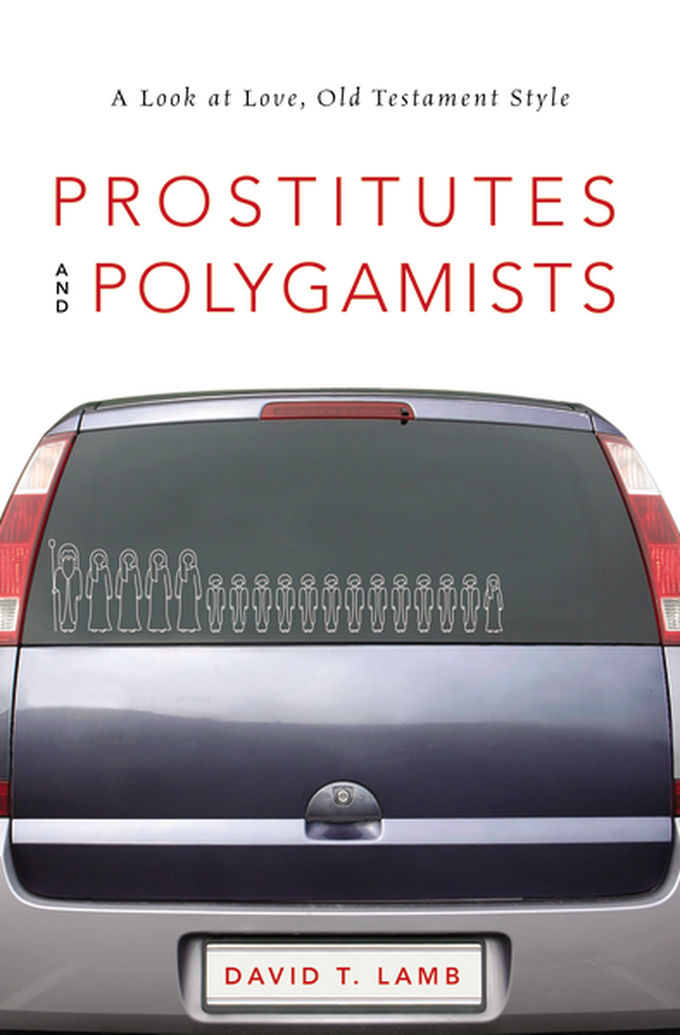 Jacob and Solomon were polygamists. Tamar and Rahab were prostitutes. What are polygamists and prostitutes doing on the pages of Holy Scripture? And God told the prophet Hosea to marry a prostitute. What about Cain—did he really marry his sister? Abraham did, and he was also a polygamist. Lot offered his daughters up for rape, David committed adultery (or rape?) and the Bible calls both men righteous. Love, Old Testament style, was bizarre.

As readers of the Old Testament encounter these weird, confusing, and horrific “love” stories they ask, “What’s up with sex in the Old Testament?” The church often ignores the R-rated bits of the Bible, so it’s hard for people to find answers to their disturbing questions about sex in Scripture, which can lead people to give up on God and God’s word.

However, these stories were included in the Bible for a reason, to reveal an even more shocking “love” story. When humans behave badly, God behaves graciously. God not only forgives people with sexual baggage, but also redeems their lives and includes them in his mission. God’s word records their story to benefit us. Just as sex was not often ideal in the Old Testament, it’s often not ideal today. Instead of ignoring these stories, Prostitutes and Polygamists engages, discusses, and learns from them.

Sex is a gift from God, but often it feels like a curse. We are all broken people due to our rebellion and thus we struggle in the area of sexuality. David Lamb has given us a book that acknowledges just how bad we are. Indeed, we are worse than we think we are. But then he reminds us through is brilliant look at biblical stories of brokenness just how big God’s grace is toward us. Once you start reading this book you won’t be able to put it down. -- Tremper Longman III, Robert H. Gundry Professor of Biblical Studies, Westmont College

The only books I read these days are those which throw fresh light on Scripture or challenge traditional presuppositions. Top-rated Old Testament scholar David Lamb has done both in this thought-provoking book. -- Frank Viola, bestselling author of 'From Eternity to Here' and 'Jesus: A Theography'

A pastor once said he needed only three Sunday School classes in his church: one on sex, one on the end-times, and one on whether there will be sex in the end-times. David Lamb here covers all the bases on the subject of sex in the Old Testament, in a sensible, down-to-earth, well-informed way. He writes as a biblical scholar who knows about real life, and he shows he can bring the Bible and our own sexual lives together. His book would be a great textbook for at least one of those classes. -- John Goldingay, David Allan Hubbard Professor of Old Testament, Fuller Theological Seminary

Sometimes it takes humor to take something really seriously. And David Lamb takes sex very seriously indeed, and his humor only underlines that. For this is serious biblical ethics, tackling laws and stories in the Old Testament that many either avoid with embarrassment or exploit with venom as a way of attacking Christian understanding of sex and marriage. Lamb combines careful scholarly reading of the biblical texts with a light and engaging touch, while pointing the way for pastors, churches and the rest of us to be a lot more biblical, discerning and Christ-like in what (and who) we love, and a lot more robustly honest and informed about what the Bible actually says (and doesn't say) about sex. -- Christopher J. H. Wright, Langham Partnership, author of Old Testament Ethics for the People of God

Every once in a while a book comes out that compels us to consider subjects the Bible raises but the church tends to neglect. Prostitutes and Polygamists is more than a good read. It is an exposé of sexual issues the Bible doesn’t avoid that are as real and destructive today as in ancient times. Thank you David Lamb for shedding light on these important issues, for probing these taboo texts, and for calling Christians to engage on behalf of the vulnerable and wounded. -- Carolyn Custis James, author of Malestrom: Manhood Swept into the Currents of a Changing World