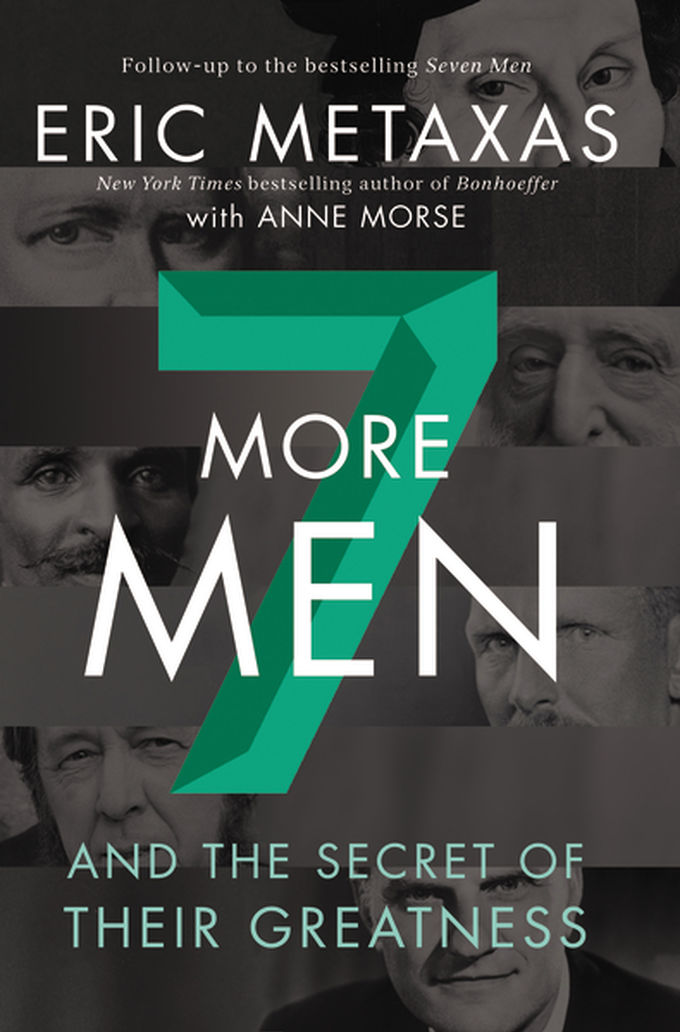 In Seven More Men, the sequel to the enormously successful Seven Men, #1 New York Times bestselling author Eric Metaxas offers more captivating stories of some of the most inspiring men in history. A gallery of greatness comes to life as Metaxas reveals men who faced insurmountable struggles and challenges with victorious resolve.

Heroes and role models have always been tremendously important--essential for inspiring our lives and shaping the world. But in the last few decades, the need for men of valor and integrity is more vital than ever. Award-winning biographer Eric Metaxas restores a sense of the heroic in the compelling profiles of Martin Luther, George Whitefield, William Booth, George Washington Carver, Sergeant Alvin York, Alexander Solzhenitsyn, and Billy Graham. Each man evinces a particular quality: the courage to surrender themselves to a higher purpose, and the willingness to give something dear to them away for the good of others.

With vitality and warmth, Metaxas draws electrifying insights for our daily lives from the inexhaustible richness of history. Inevitably inspiring, this anthology reminds us that certain qualities are worthy of emulation. Becoming acquainted with these seven heroes cannot fail to make your life immeasurably richer.

Eric Metaxas is the #1 New York Times bestselling author of Bonhoeffer, Martin Luther, If You Can Keep It, Miracles, Seven Women, Seven Men, andAmazing Grace. His books have been translated into more than twenty-five languages. His writing has appeared in the Wall Street Journal, the New York Times, and the New Yorker, and Metaxas has appeared as a cultural commentator on CNN, Fox News, and MSNBC. He is the host of The Eric Metaxas Radio Show, a daily nationally syndicated show aired in 120 U.S. cities and on TBN. Metaxas is also the founder of Socrates in the City, the acclaimed series of conversations on “life, God, and other small topics,” featuring Malcolm Gladwell, Ambassador Caroline Kennedy, Baroness Caroline Cox, and Dick Cavett, among many others. He is a senior fellow and lecturer at large at the King’s College in Manhattan, where he lives with his wife and daughter.