Springs in the Valley

L. B. E. Cowman
Not Available Request an Exam Copy 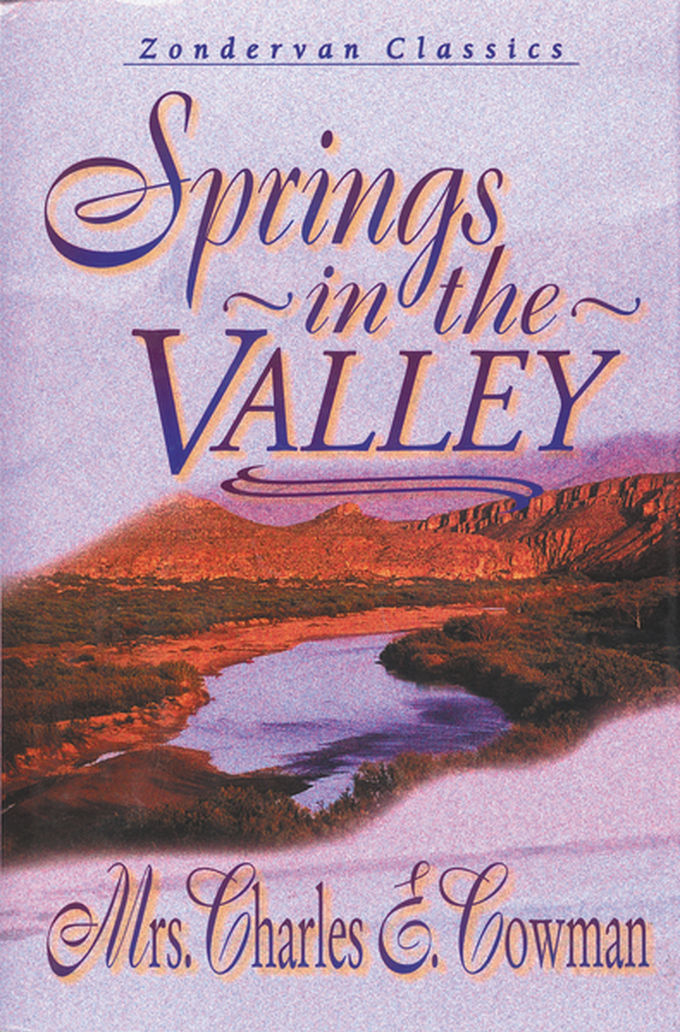 Mrs. Charles Cowman knew well about life’s dark valleys. She knew, too, about God’s living waters that bubble up in their midst, bringing refreshment and joy to the thirsty traveler. In Springs in the Valley, she shares cool draughts of wisdom and insight into God’s character, drawn from the Scriptures and purified through a lifetime of experience. In print for more than sixty years, this classic daily devotional offers a years’ worth of daily meditations, now in a new, definitive edition. Take a moment, tune out the clamor and concerns of today, and let Springs in the Valley wash the busy-ness from your soul in its limpid flow of wise, faith-filled words.

L. B. Cowman worked as a pioneer missionary with her husband in Japan and China from 1901 to 1917, during which time they helped found the Oriental Missionary Society. When Mr. Cowman's poor health forced the couple to return to the United States, Mrs. Cowman turned her attention to caring for her husband until his death six years later. Out of Mrs. Cowman's experiences and heartbreak came her first book, Streams in the Desert, followed by its companion Springs in the Valley. During the next twenty-five years, Mrs. Cowman inspired several nationwide Scripture distribution campaigns and wrote seven more books. Finally, on Easter Sunday in 1960, at the age of ninety, Mrs. Cowman met face-to-face the God she had served so faithfully for nearly a century.