The meaning of 2 Corinthians 5:17: “If anyone is in Christ, the new creation has come” 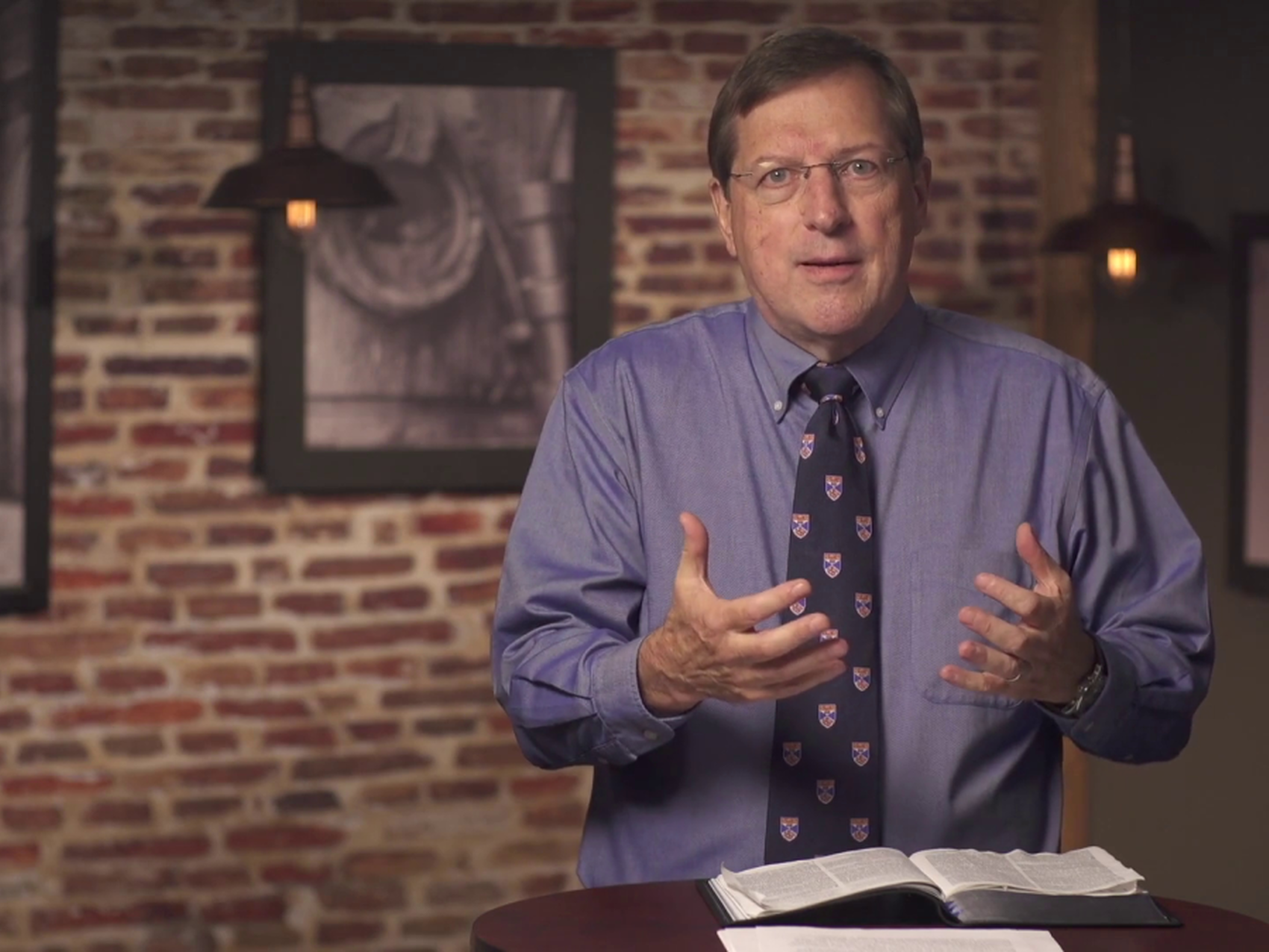 2 Corinthians 5:17 is one of the most well-known passages in Paul’s letters to Corinth, and perhaps in the entire Bible: “Therefore, if anyone is in Christ, the new creation has come: The old has gone, the new is here!”

In the paragraph of which this verse is a part, Paul does three things:

Let’s take a closer look at 2 Corinthians 5:17 and its surrounding context.

Consequences of the Gospel

The first consequence of the gospel is that Paul no longer regards anyone according to the flesh.

Paul's concept of the flesh here is notoriously difficult to render into English, given its various meanings in different contexts. The NIV, in fact, uses 48 different English words or phrases to translate this one Greek word in the New Testament. In our passage, the NIV correctly translates according to the flesh to mean from a worldly point of view: “So from now on we regard no one from a worldly point of view.” That is, in accordance with the standards and values that derive from living as if physical life in this world is all that exists.

Paul talks about this in 2 Corinthians 3:3, for example: “You show that you are a letter from Christ, the result of our ministry, written not with ink but with the Spirit of the living God, not on tablets of stone but on tablets of human hearts.”

Conversion thus entails a converted criteria for evaluating what is valuable and what is true. In Christ, Paul no longer evaluates others according to the world's standards or expectations, just as he no longer evaluates Christ in this way. Apart from the resurrection, of course, Jesus' death on the cross could only mean that he had been cursed by God for his own sin as a messianic pretender.

Look at the way in which Paul picks up Deuteronomy 21:23 in Galatians 3:13 to make precisely this point.

You must not leave the body hanging on the pole overnight. Be sure to bury it that same day, because anyone who is hung on a pole is under God’s curse. You must not desecrate the land the Lord your God is giving you as an inheritance.

Then, in Galatians, Paul says:

Christ redeemed us from the curse of the law by becoming a curse for us, for it is written: “Cursed is everyone who is hung on a pole.

So before Paul's conversion, in which the glory of the resurrected Christ made it clear to Paul that Jesus had in fact died not for his own sins but for the sins of his people, Paul disdained the cross as a radical contradiction to Jesus's messianic claims, and as a rejection of Israel's nationalistic hopes.

But after Paul’s conversion, he preached that Jesus' suffering as the Messiah now changed his people's lives. A different translation of 2 Corinthians 17a puts it this way: “If anyone is in Christ, he is a new creation.” For Paul, this change does not lead to a super spirituality in terms of spiritual experiences, but instead to the consequences that he summarizes now in verse 17b.

The consequences of the new creation

Rather than still belonging to this world and its ways, all those in Christ are “a new creation,” which means that they have already participated in the passing away of the old age and the arrival of the new—literally what Paul calls the new things.

But these new things are not a list of private spiritual experiences. Rather, they have happened in Christ. As the context makes clear, they are the new way of life that derives from the radical reorientation described already in 2 Corinthians 5:15: “And he died for all, that those who live should no longer live for themselves but for him who died for them and was raised again.”

The new creation does not refer to becoming a new kind of super spiritual human being. Rather, it refers to becoming like Christ.

The contours of the new creation are moral. Against the backdrop of this passage, the new creation spoken of here refers to a people who now live for Christ by living for others. This is the beginning of the restoration of God's people under the new covenant.

This means, then, that reconciliation with God through Christ, verses 18 to 21, is the beginning of the eschatological redemption of the world, the inbreaking into this evil age of the new creation to come.

All this is from God, who reconciled us to himself through Christ and gave us the ministry of reconciliation: that God was reconciling the world to himself in Christ, not counting people’s sins against them. And he has committed to us the message of reconciliation. We are therefore Christ’s ambassadors, as though God were making his appeal through us. We implore you on Christ’s behalf: Be reconciled to God. God made him who had no sin to be sin[a] for us, so that in him we might become the righteousness of God.

In Isaiah 43 and Isaiah 65, Israel's restoration from exile is described with new creation language as part of the theme of Israel's second exodus that is developed throughout Isaiah 40 to 66.

Greg Beale has therefore argued persuasively that it is plausible to suggest that reconciliation in Christ is Paul's way of explaining that Isaiah's promise of restoration from the alienation of exile have begun to be fulfilled by the atonement and forgiveness of sins in Christ.

And that this point is made abundantly clear by Paul's allusion in verse 17b to Isaiah 43 verses 18 and 19, where we read, "Do not remember the former things and do not discuss the old things. Behold, I make new things."

This language, then, is an exhortation for Israel to forget her past sin and judgment, and to look forward to God's work of restoration and new creation to come. The key Old Testament texts concerning the eschatological new creation are, of course, Isaiah 43:16-21, Isaiah 65:16-23, and Isaiah 66:22-23.

As Paul's passage therefore also makes clear against this backdrop, Paul assumes that with the dawning of the new creation, the revelation of God's glory among a restored people results in a life of growing obedience by the power of the Spirit, in contrast to Israel's continuing hardheartedness and the wickedness of the nations that led Israel into exile and brought those nations under God's wrath.

Transformation is brought about by the Spirit

Thus, the new creation is cosmological in nature, but not cosmic in scope. The restoration of the rest of creation, like the final removal of human suffering and strife, is yet to come at the Parousia.

For during the current overlapping of the ages, eschatological restoration is experienced only by believers—and only within the ongoing epoch of the age in which the god of this world still blinds unbelievers to what Paul and all believers now know is true.

Though Paul affirms that the transformation of God's people is already a defeat of the god of this world, equal to creation in its cosmic significance, he also emphasizes that the resurrection power of the new creation is presently seen not in cosmic renewal but in the ability of the faithful to endure in the midst of the continuing adversity of the old age.

The magnitude of what Paul has just said thus leads him to declare that the origin of all this can be none other than God himself. Only God's creative power can explain the re-creation of people who once lived according to the flesh into people who now live for Christ. 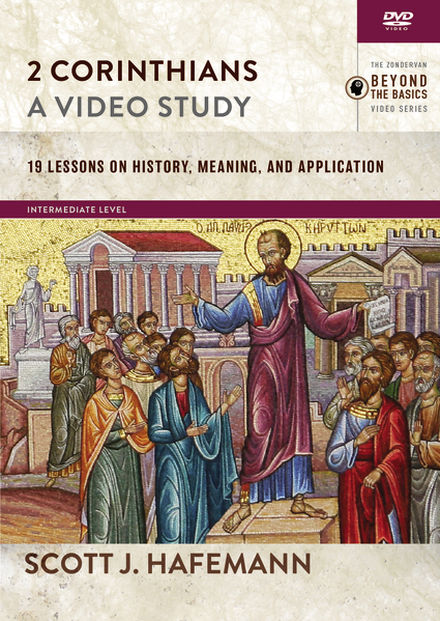 2 Corinthians, A Video Study Scott J. Hafemann
If anyone deserved the respect of Corinthian believers, it was the apostle Paul. Yet in his second letter to the church at Corinth, we find Paul defending his c...
DVD
Not Available Request an Exam Copy
Next Post
Students: If You Can Choose, Choose Enhanced Edition Textbooks 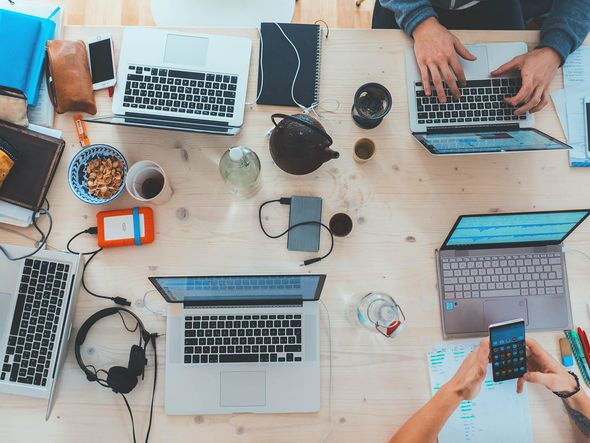 Students: If You Can Choose, Choose Enhanced Edition Textbooks For many students, college classes can feel like an obstacle course you have to navigate to get a degree and pursue your...
Your form could not be submitted. Please check errors and resubmit.