An Introduction to the Aramaic Alphabet 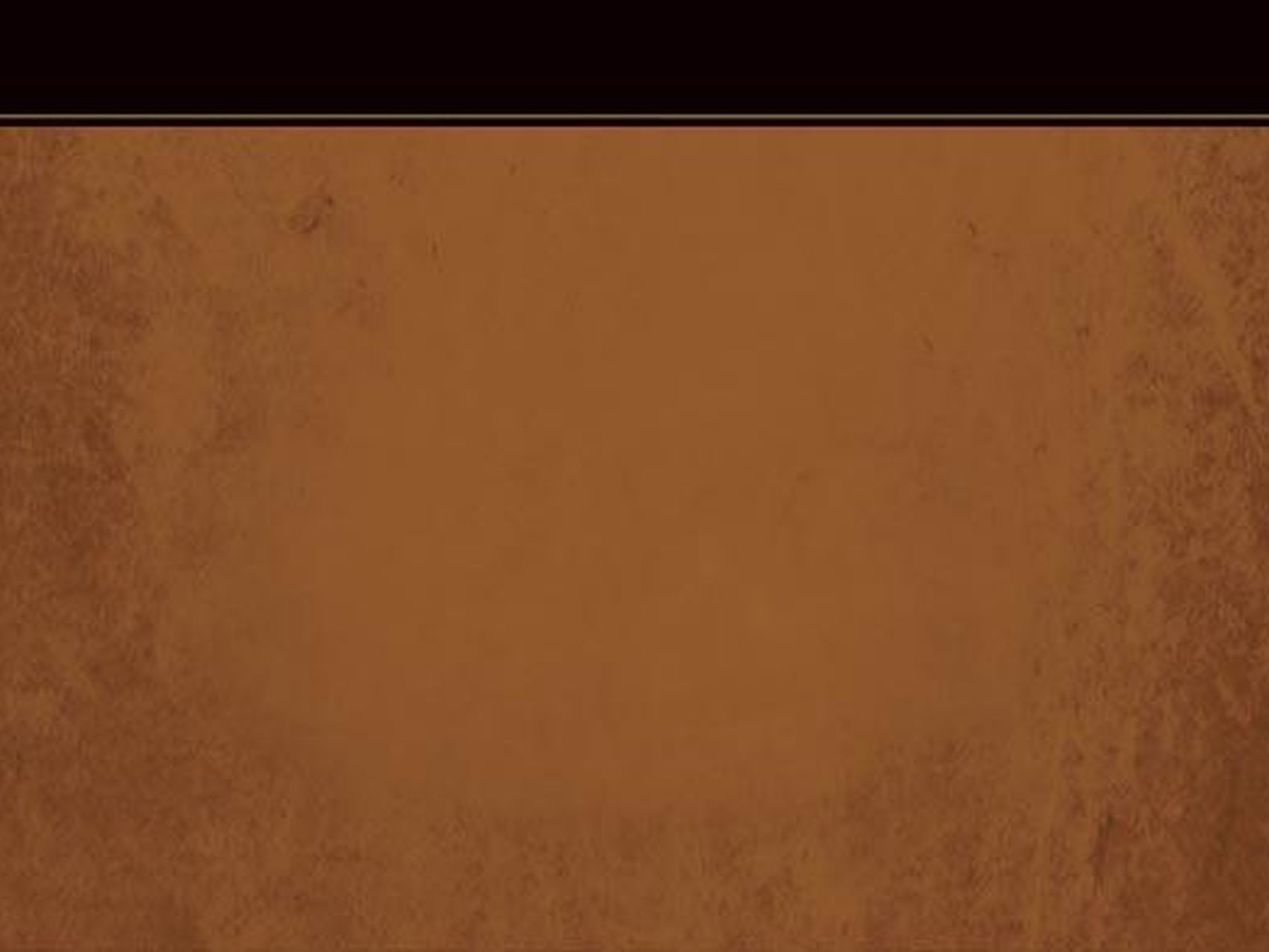 The Zondervan Academic online course Basics of Biblical Aramaic introduces you to the Aramaic language so that you can use it to better understand and teach God's Word. Video lectures and exercises accompany each lesson’s instruction, providing a rich, interactive experience that goes well beyond a stand-alone textbook. Learning to read the 269 verses of Aramaic in the Old Testament has never been easier!

The following introduction to the Aramaic alphabet is adapted from this course. 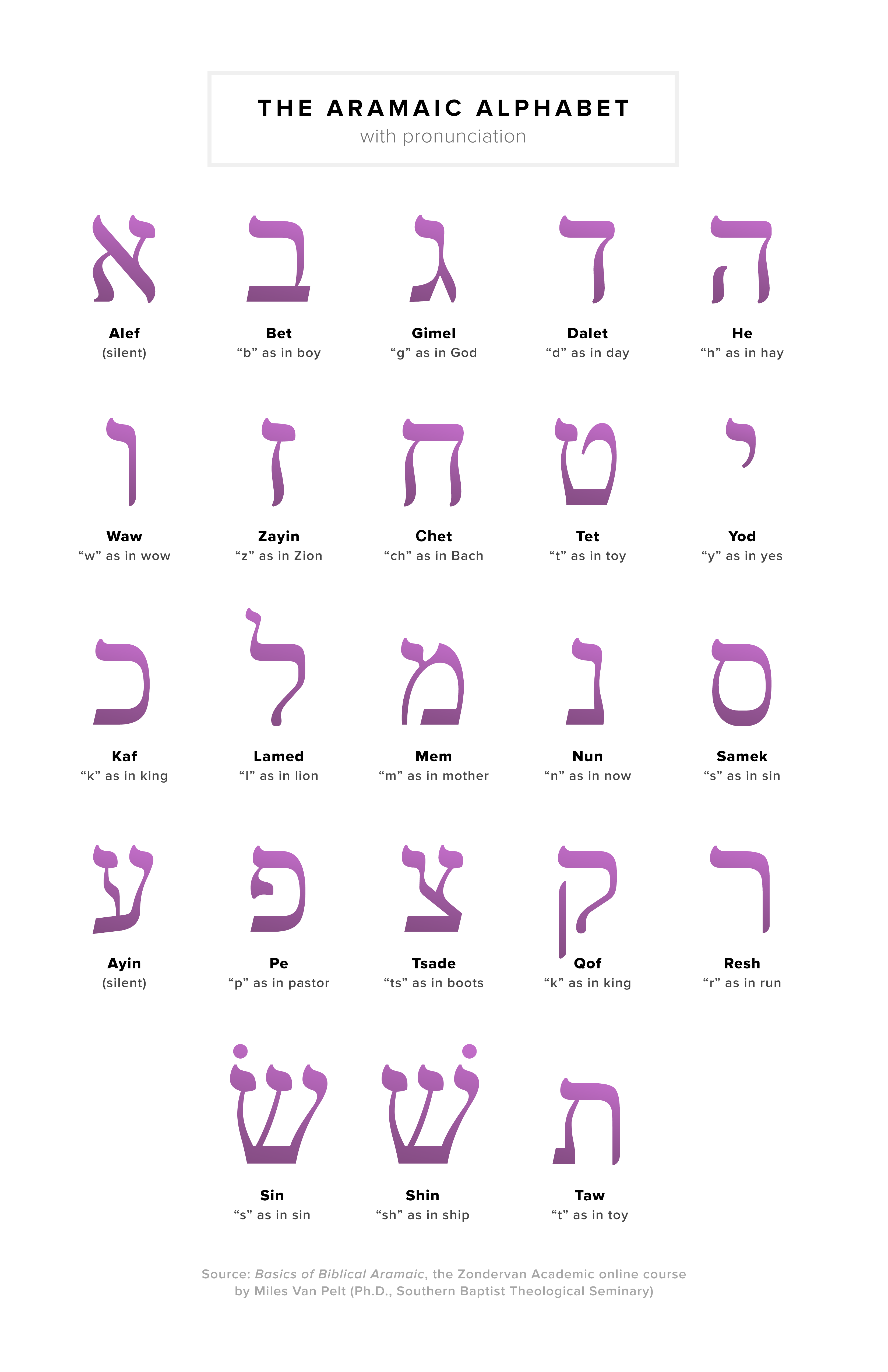 The Aramaic alphabet is identical to the Hebrew alphabet. It consists of twenty-three consonants, and it is written from right to left. For the purpose of review, this alphabet is presented below.

Like Hebrew, five of the Aramaic consonants have final forms. Remember, when one of these letters occurs at the end of a word, it is written differently than when it appears at the beginning or in the middle of a word. The changing of a letter’s form does not change its pronunciation. The five final forms are listed below.

The Aramaic gutturals are identical to the Hebrew gutturals. The four main guttural consonants are א, ע, ה, and ח. The consonant ר is considered a semi-guttural. It will not double with Daghesh Forte (like a guttural), but it may appear with Vocal Shewa (unlike a guttural).

So far, everything about the Hebrew alphabet has applied to the Aramaic alphabet system. There is, however, one interesting point of variation that requires our attention. This variation occurs at the level of phonetic representation (how words sound).

At times, some of the Aramaic words that share a common Hebrew root may be spelled, at the consonantal level, with slight variation. A knowledge of the possible changes will help you to see a connection between these two Semitic dialects and aid in your memorization and recall of Aramaic vocabulary. Some of the more common types of variation are presented below with examples. You will also observe variations in vocalization or vowel patterns.

On one occasion, in Jer 10:11, the Aramaic noun אַרְעָה is spelled אַרְקָה, with ק in the third root letter position. This spelling variation preserves another phonetic option that derives from proto-Semitic and it is well represented in Old Aramaic (cf. Steinmann, 292; Johns, 6).

In addition to the types of possible variations detailed above, certain Aramaic consonants appear to be used interchangeably, principally א and ה, and שׂ and ס. A few examples appear below by way of illustration.

Next Post
An Introduction to the Biblical Greek Alphabet 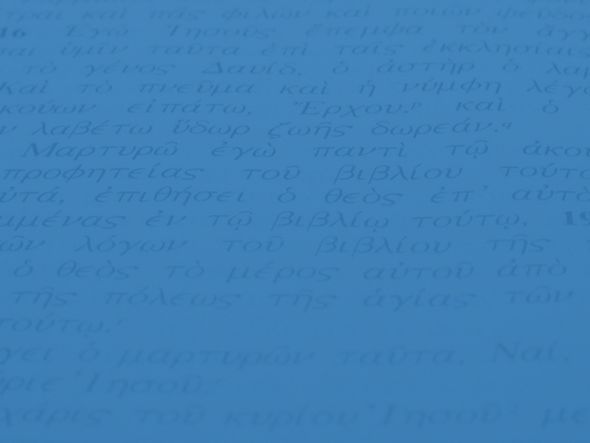 An Introduction to the Biblical Greek Alphabet Is understanding Greek essential for having a clearer, more exact, and more persuasive presentation of God’s saving mess...
Your form could not be submitted. Please check errors and resubmit.