Are you thankful for someone’s faithfulness under trial? (2 Tim 1:3–5) - Mondays with Mounce 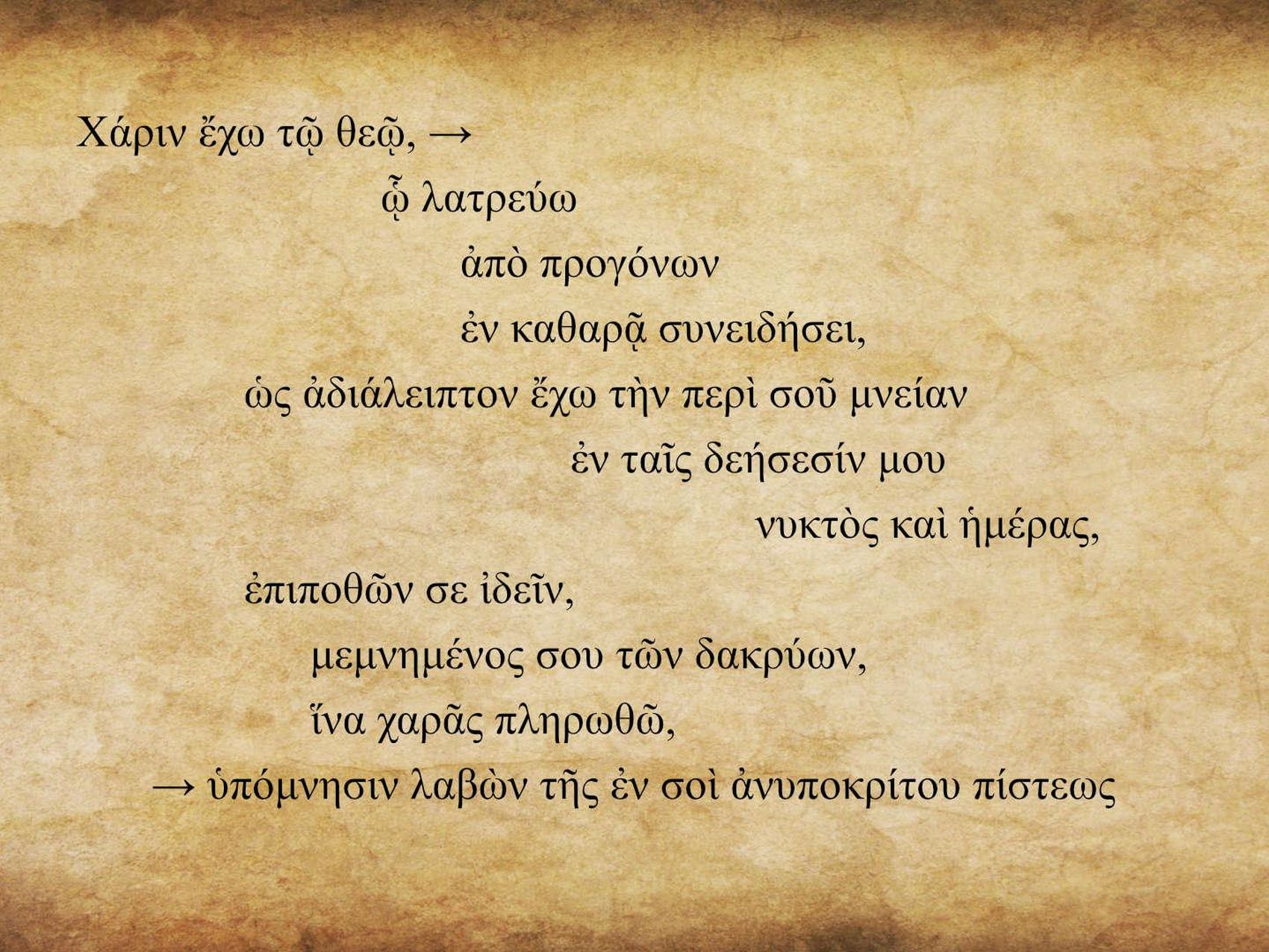 2 Tim 1:3–5 is one long Greek sentence, and it illustrates the dangers of breaking up a long Greek sentence into shorter English sentences, and also the danger of connecting the phrases merely sequentially. Why was Paul so thankful, despite the fact of his imprisonment and coming execution?

The basic thought is that Paul is thankful to God (v 3) because he remembers Timothy’s sincere faith (V 5). Χάριν ἔχω τῷ θεῷ ... ὑπόμνησιν λαβών, viewing λαβών as a causal participle. See the phrasing above and the detailed argument in my commentary. But what to do with all the intervening phrases?

The other interesting question has to do with the relationship of the other three phrases: ὡς ἀδιάλειπτον, ἐπιποθῶν, and μεμνημένος, “as unceasingly ... yearning ... remembering.” Given the argument that the λαβών clause follows on the main verb as indicated by the arrows in the phrasing, to what do the other phrases connect, and how do you indicate that in translation?

Unfortunately, most translations break vv 3–5 into two sentences, thus losing the main point that Paul is thankful (v 3) because of Timothy’s sincere faith (v 5), and that the three intermediate phrases are all telling us something about Paul’s thankfulness. All major translations start v 5 as a new sentence, and some make v 4 a sentence, even though the only indicative form in vv 3b–5 is ἔχω, which occurs in a dependent clause. Paul is thankful to God for Timothy’s faithfulness. Paul is especially reminded of Timothy during his regular times of prayer, and those memories cause Paul to yearn to see Timothy and be filled with joy, and cause him to remember the last time they were together, a time that ended in tears. Hard to say that in any translation except perhaps a natural language one.

But one thing is clear: you can’t assume that your word-for-word translation shows the underlying Greek. The only time you can see this is if you already know the Greek, which makes the idea of “transparency to the original” linguistic nonsense. Every single verse is changed in translation.

One of Paul’s greatest sources of joy is in seeing Timothy’s faith hold up under fire. In my commentary I comment, “Paul has been deserted by most of his associates, except for one faithful person (1:15-18). Timothy likewise should not be discouraged or feel abandoned. Rather he should be single-minded about the gospel and loyal to Paul's proclamation of it (2:1-7).” Along with Onesiphorus can be added Timothy’s faithfulness. 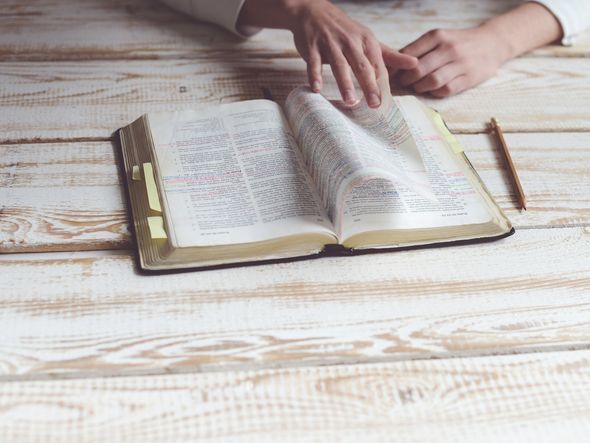 How to tell a Story in Greek (1 Tim 1:6) - Mondays with Mounce One place that Greek and English are quite different is in how they tell a story. English tends towards the “verb ... ve...
Your form could not be submitted. Please check errors and resubmit.