The Beatitudes in Matthew 5: Meaning and Significance for Today 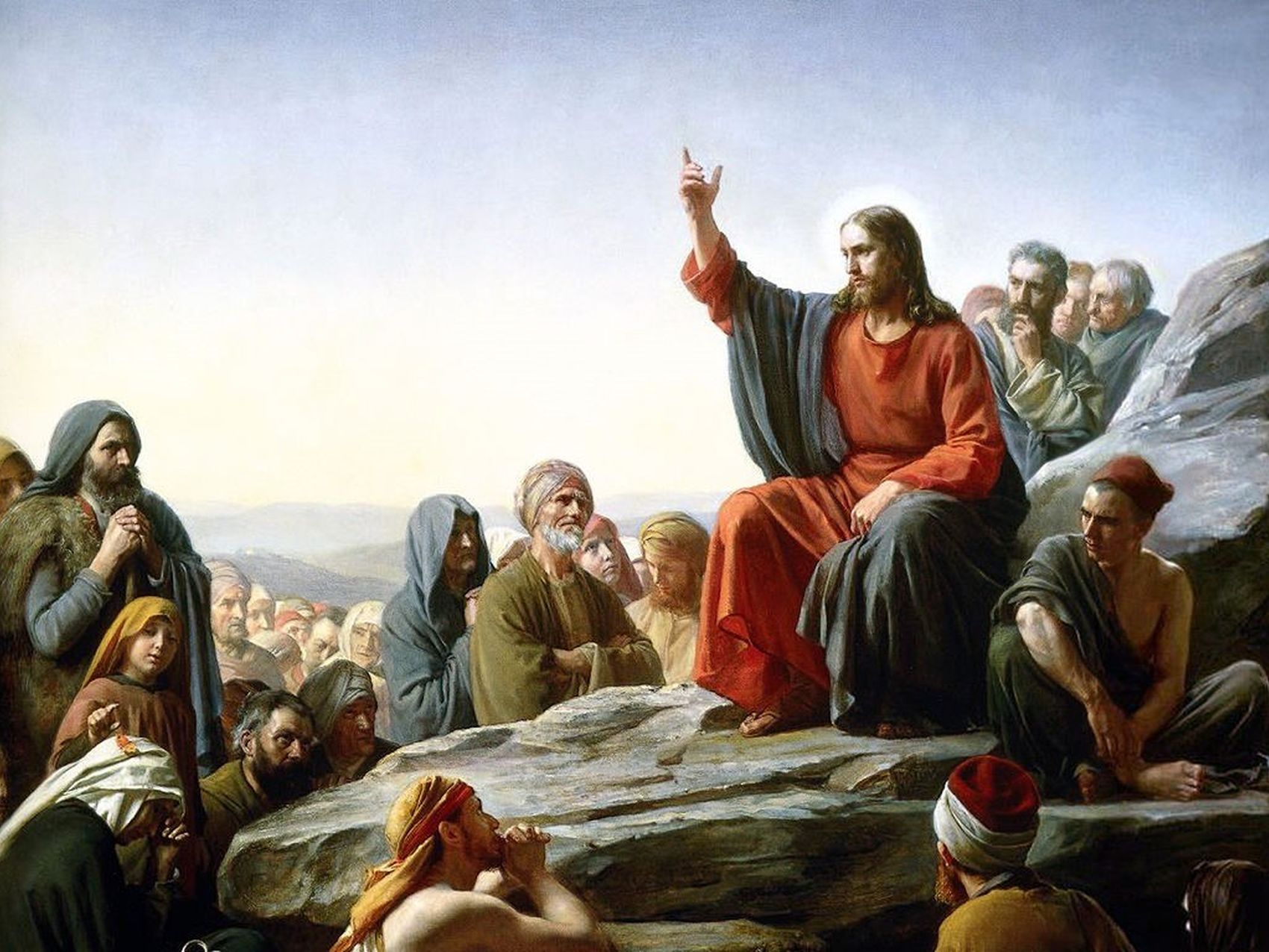 Today’s post is adapted from Michael J. Wilkins’s video lectures on Matthew and his commentary on Matthew in the NIV Application Commentary series.

The Beatitudes are a radically bold statement of Jesus’ intent to establish the kingdom of heaven on earth, which will bring true peace and freedom for all who dare to follow him as his disciples. It is through those disciples that his kingdom will bring blessing to all of the peoples of the earth.

The Beatitudes serve as a sort of preamble to the Sermon on the Mount, but they are an even more memorable treasure for humanity. The Beatitudes give a succinct statement of the ethos of the kingdom of heaven that Jesus has announced and summarize the principles of kingdom life that he will articulate in the Sermon that follows. We find in them an abstract of Jesus’ history-altering intention for establishing the kingdom of heaven as well as a clue to Matthew’s organization of his Gospel.

How to interpret the Beatitudes

The Beatitudes and the Sermon on the Mount as a whole must be interpreted according to Jesus’ original intention, or else we will find ourselves going contrary to his objective for establishing the kingdom of heaven on earth.

When approaching the Beatitudes we must avoid sliding into various extremes:

Jesus uses the Beatitudes to speak to a variety of listeners and to communicate several messages about the kingdom of heaven. Specifically, he makes a pronouncement about the kingdom to Israel as a whole, and at the same time he gives instruction about the nature of kingdom life to his disciples.

The structure of the Beatitudes

The name “beatitude” comes from the Latin beatitudo/beatus, because the first word of each statement in the Latin Vulgate is beati, which translates Matthew’s Greek word makarios (traditionally translated “blessed”). Some recent versions translate makarios as “happy” or “fortunate,” which can be good renderings, but the modern usage of those terms tends to trivialize the meaning by simply suggesting a temporary emotional or circumstantial state. The somewhat ambiguous English “blessed” perhaps is still the best term to describe Jesus’ statements.

Eight primary statements of blessing make up the Beatitudes, with the ninth statement of blessing (5:11–12) being an extension and personalization of the eighth beatitude for Jesus’ disciples who experience persecution:

The Beatitudes are pronouncements

In fulfillment of the prophecy of Isaiah 61:1, Jesus is the Coming One, who is endowed with the Spirit and anointed by the Lord to preach good news to the poor and to proclaim freedom for the captives and release for the prisoners (cf. 11:5). The kingdom of heaven belongs to those who respond. The boundaries that separate successful from unsuccessful, clean from unclean, righteous from unrighteous, have tended to be of human creation, and they are now broken down. In these eight brief declarations, Jesus makes two sweeping pronouncements.

1. Jesus makes a pronouncement of invitation to those awaiting God’s blessing.

The kingdom of heaven is available to the oppressed in the land, to those who doubt themselves or are declared to be unworthy of the kingdom. The statement of blessing in the first half of each beatitude responds to the character qualities of those in the Old Testament who have sought God. “Blessed are the poor in spirit, for theirs is the kingdom of heaven” is Jesus’ eschatological reply to the cry of the psalmist, “This poor man called, and the LORD heard him; he saved him out of all his troubles” (Ps. 34:6). Not the rich, not the powerful, not the high and the mighty, but the poor in spirit are those who seek God.

So begins Jesus’ pronouncement about the arrival of the kingdom of heaven. The poor in spirit, those who mourn, the meek, those who hunger and thirst for righteousness, the merciful, the pure in heart, the peacemakers, those persecuted because of righteousness—these are the people who have pursued God by rejecting pride and self-sufficiency, which is the path of sin and idolatry. They are indeed blessed, because now Jesus invites them to respond to his message of the arrival of the kingdom of heaven.

2. Jesus makes a pronouncement of condemnation on those who think that they have God’s blessing.

The second pronouncement is one of condemnation on those who have rejected God’s ways and have found satisfaction in the pleasures of life apart from God. This is especially emphasized in Luke’s version of the Sermon in Luke 6:24–26, where Jesus gives four woes to counterbalance the pronouncements:

These four “woes” suggest that we look for a note of condemnation in Matthew’s record of the Beatitudes. This pronouncement of condemnation is especially directed to the religious leaders of Israel. Jesus will stun the crowds and his disciples by declaring that the teachers of the law and the Pharisees are not in the kingdom of heaven (Matt. 5:20). They have found self-satisfaction in their self-righteousness, which has excluded them from the blessing that has arrived with Jesus’ ministry.

Thus, each of Jesus’ Beatitudes contains an explicit pronouncement of invitation to those seemingly unworthy of the kingdom, but each also contains an implicit pronouncement of condemnation on those who think themselves to be worthy but are not. For example, in the first beatitude Jesus graciously pronounces that the kingdom belongs to those who see themselves as having no spiritual resources worthy of the kingdom. But at the same time he pronounces condemnation on the religious elite who are full of pride in their religious accomplishments. Indeed, the religiously wealthy must humble themselves before God to recognize that they have no spiritual resources that warrant entrance to the kingdom of God.

Rooting the Beatitudes in the historical context of the original meaning of Jesus’ ministry helps us avoid contemporary misinterpretation. The Sermon on the Mount was intended, at least in part, as a historical indictment of the religious establishment’s way of satisfying God. The teachers of the law and the Pharisees are held up throughout the Sermon as a foil to Jesus’ declaration of kingdom life, because they are setting a wrong example of righteousness, namely, the performance of a specific interpretation of the law. The tendency of these Jewish leaders was to develop external righteousness without due regard to inner righteousness. External righteousness that masks inner corruption is what Jesus refers to as “hypocrisy” (cf. 23:27). He declares, by contrast, that the righteousness of the kingdom of God is first internal, a matter of the heart, which will in turn affect outward behavior (15:16–20). Thus, each beatitude contains an implicit condemnation of religious hypocrisy that the people are to reject.

But it is not enough only to hear a pronouncement. While the Beatitudes are not entrance requirements, they do offer an invitation to the crowd to respond to Jesus’ announcement of the kingdom of heaven. There are only two choices: the way of the kingdom or the way of the religious establishment. As Jesus pronounces the availability of the kingdom to all, he offers the way to life. But the door to life is narrow—as narrow as Jesus (cf. 7:13–14). All must come through him.

The Beatitudes are instructions

The Beatitudes also have special instructional value for his disciples. The qualities that exemplified the godly person in the Old Testament are now made an eschatological reality with the arrival of the kingdom of God. These qualities will accompany the transformation that occurs in the life of each disciple as each submits to the operation of kingdom life through the Spirit. In the Beatitudes, and indeed in the Sermon on the Mount as a whole, the emphasis is on a righteousness that begins with the transformation of the inner life and then moves to conform external behavior to inward values (e.g., 5:20–48).

The problem with the teachers of the law and the Pharisees was their tendency to promote external righteousness first (cf. 15:6–9; 23:25–28). Jesus focuses instead on the transformation of the heart by the arrival of the kingdom of heaven, which will then direct the transformation of the entire person—word, thought, action, and deeds. This had been God’s intention from the original creation, but now with arrival of the kingdom of heaven in the ministry of Jesus, discipleship to him will bring congruency between inner and external life (cf. 5:17–20). The Beatitudes are statements of reality about the kind of characteristics that will be produced in the disciple who participates in kingdom life.

Therefore, the Beatitudes are not imperatives or required standards that disciples must perform in order to procure God’s approval. If that were the case, they would not be much different than the rigorous demands for purity found among the Jewish leaders, and they would lead to the same kind of religious hypocrisy that Jesus condemns. Instead, they provide guidelines for the kind of life that God intends to produce in his disciples. With the arrival of the kingdom of God in each disciple, these character qualities become a concrete reality. This is the link between Jesus’ teaching on discipleship and later New Testament discussions of regeneration and sanctification through the work of the Holy Spirit. Note, for example, Peter’s description of the transformational process for those who have been born anew by the living and enduring word of God in 1 Peter 1:22–2:3. As Jesus’ disciples face the daily challenges lived in the realities of a fallen world, they must reject the evil path and allow God’s Spirit to produce these Christlike characteristics in them.

Learn more about the Beatitudes and the Sermon on the Mount in Michael J. Wilkins’ video lecture series on Matthew, streaming on MasterLectures. 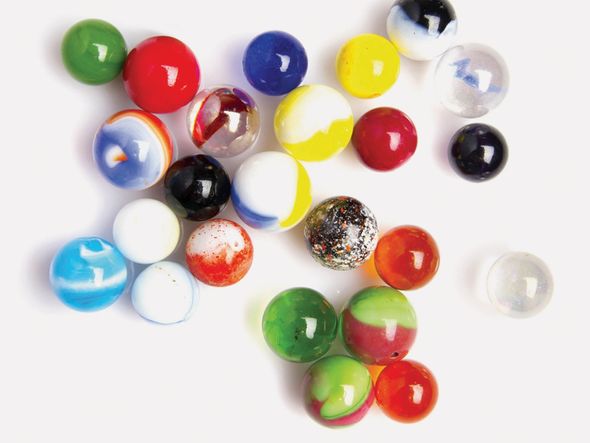 For Times Like These Author and professor Scot McKnight has written a powerful book titled A Fellowship of Differents that addresses the rol...
Your form could not be submitted. Please check errors and resubmit.