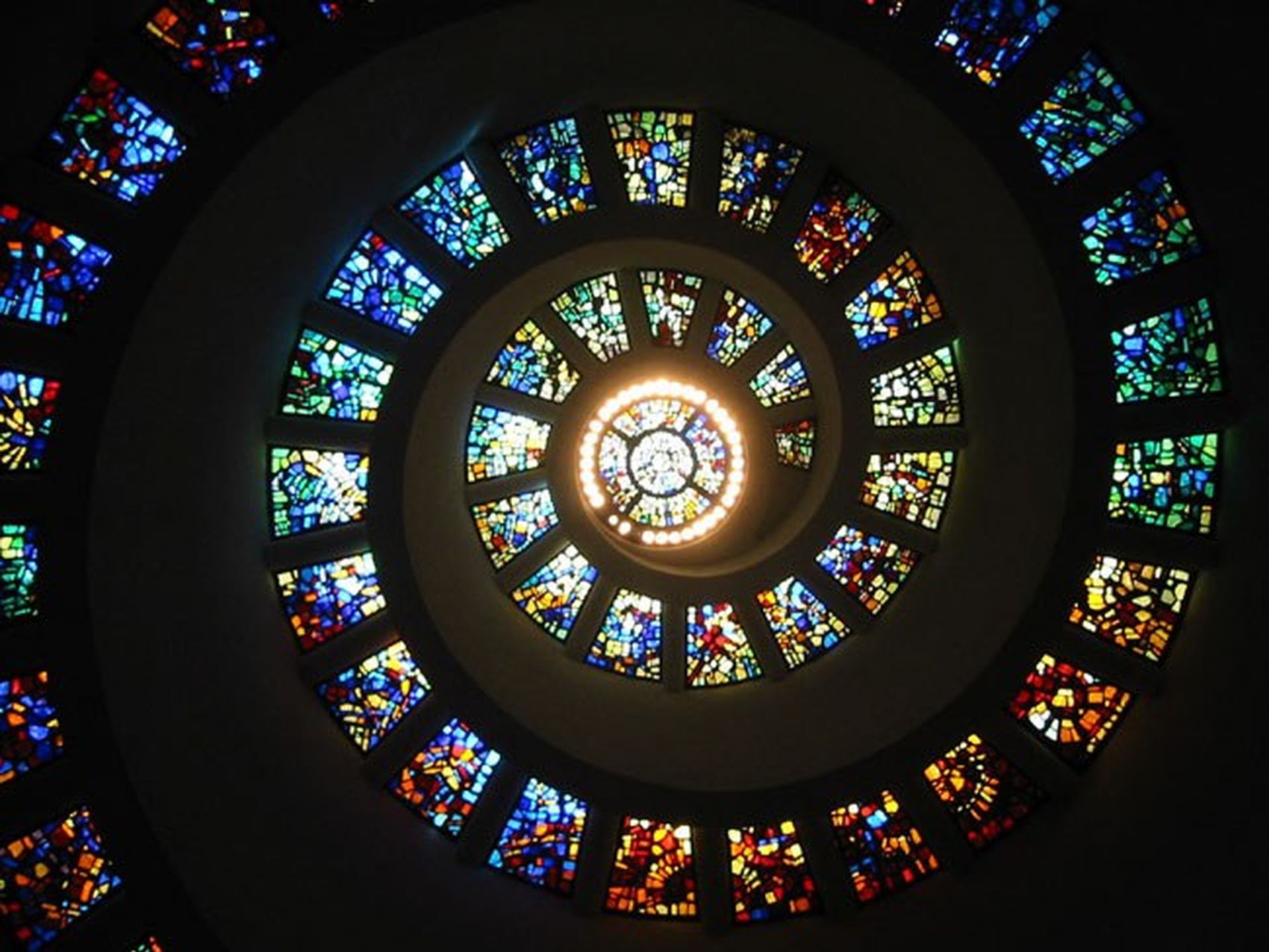 Writing invariably involves paths both foreseen and surprising. Preparing this volume on sanctification has involved both experiences.

Previous work on soteriology more broadly (The Christ’s Faith: A Dogmatic Account) and justification specifically (Justification and the Gospel: Understanding the Contexts and Controversies) led me to believe that writing a volume on sanctification would be a logical next step for me personally. Furthermore, controversies and debates regarding sanctification have grown increasingly feisty in recent years: they involve not only Christian conversation with non-Christian ideologies regarding morality and ethics (most blatantly evident in disagreements over sexuality and gender), but they also regard internecine discussions amongst evangelicals and even, specifically, between persons in my own Reformed tradition (regarding, e.g., the third use of the law in gospel ministry). For personal and public reasons, then, this writing project appeared needful and timely.

As I researched and prepared to begin writing, I knew that one of the most significant tasks would be contextual, that is, locating sanctification in the proper matrix for thinking well about “the holy.” In dealing with non-Christian challenges to holiness, the most significant matters of protocol have been beginning with more fundamental articles and increasingly narrowing attention to what it means to be holy and to be made holy by God, thus addressing God, creation, covenant, sin, Christology, and, only then, turning to what has traditionally been deemed the doctrine of sanctification as such. Only in taking such a course can holiness be a theological category rather than merely a sociological construct. And in addressing some of the debates amongst Protestants today (especially the Radical Lutheranism of those influenced by Gerhard Forde), I expected that the key to thinking well of the holy would be making sure at every point to keep Christology and pneumatology fully operative and, in so doing, to keep an eye on the full sweep of gospel teaching regarding the works of Son and Spirit. Only in being vigilant to think sanctification as an action intrinsic to the gospel—as a gift of the triune God who not only acted in the first-century events of the passion and Pentecost and will act on judgment day as advocate, but who also acts today—could an account of evangelical holiness be offered that does not depict morality in a way that deflects from a Christ-centered spirituality and ethics. I expected, therefore, that writing this book would involve attending carefully to matters of theological architecture, of redemptive history, and of the evangelical context of sanctification in union with Christ.

Other things surprised me, however, as I have prepared the volume. I did know that matters of creation and of eschatology would be crucial for defining the nature and purpose of creaturely holiness; biblical theology and redemptive history have been a major facet of Reformed dogmatics since its beginning, evident most obviously in the fostering of covenant theology in the sixteenth and seventeenth centuries and then in the emphasis upon Pauline eschatology in recent decades. Eschatology and ethics are wed together, and I foresaw that nexus of issues. But I had not appreciated the degree to which a theocentric eschatology marked by attention to the beatific vision would need to shape my account along the way, not just at the conclusion of the book but in a distributed manner throughout. Holiness is for seeing the Lord, after all, and the pure in heart are blessed with that gift above all (so Heb. 12:14; Mt. 5:8).

I had also not grasped, not by a long shot, the way in which I would have to immerse myself in the ascetical tradition and consider a host of concepts related to classical Christian reflection on holiness, namely, self-denial, renunciation of the world, heavenly-mindedness, martyrdom, contentment, Sabbath, and the like. The Reformed theological tradition has not invested much theological capital in such topics this side of neo-Calvinism’s massive influence, but I have been drawn back to patristic and medieval accounts (ranging from Basil and Gregory Nyssa to Augustine and Bonaventure) and especially to the earlier Reformed ethics of the Puritans and earlier reformers like Calvin (who sought to recalibrate asceticism according to the scripture principle and the logic of the gospel, but who also valued its biblical legitimacy and spiritual vitality). Again, I’m finding that such matters appear in a distributed manner across my account of sanctification rather than simply constituting a discrete portion therein (though a related project on eschatology and ethics has also been spawned by the process of writing this book and will hopefully focus more discretely upon these interconnected eschatological and ethical matters).

Thinking on the communication of holiness from Christ to the Christian has prompted me, more than I ever imagined, to root the good lessons of Kuyper’s earthy vision of the new creation and the resurrected body in the classical Christian emphasis upon being heavenly-minded and hoping for the visio Dei above all else. That living hope shapes the character of holiness and the nature of Christian ethics, and thus I have found that it must shape my thinking on sanctification.

Jesus tells us that “every scribe who has been trained for the kingdom of heaven is like a master of the house, who brings out of his treasure what is new and what is old” (Mt. 13:52). I have found these words to be definitive for the theological journey and demanding for the prayerful task of thinking the holy. This combination of the settled and the surprising has made for a joyful process of discovery, thinking, and writing, and my prayer would be that they contribute to a better book at the end of the day, a study marked by treasures old and new.

Michael Allen (PhD, Wheaton College) is Associate Professor of Systematic and Historical Theology at Reformed Theological Seminary. Michael is a Presbyterian teaching elder and is the author of several books, including Reformed Catholicity: The Promise of Retrieval for Theology and Biblical Interpretation (with Scott Swain) and Justification and the Gospel: Understanding the Contexts and Controversies, as well as many articles on Christian doctrine and historical theology.

Michael Allen
Michael Allen (Ph.D., Wheaton College) is the John Dyer Trimble Professor of Systematic Theology at Reformed Theological Seminary in Orlando. He is the author of numerous books and articles and serves as a Presbyterian teaching elder. With Scott Swain, he serves as general editor for the New Studies in Dogmatics series published by Zondervan Academic.
Next Post
Flash Sale: "A Doubter's Guide to the Bible" and "Raised?" eBooks Just $1.99 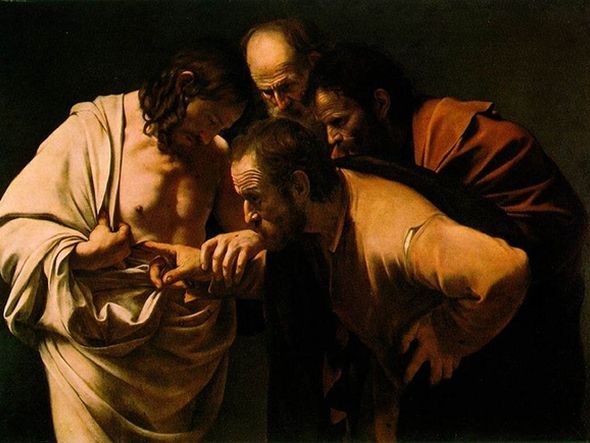