[Common Places] The Promise and Prospects of Retrieval: Recent Developments in Eschatology 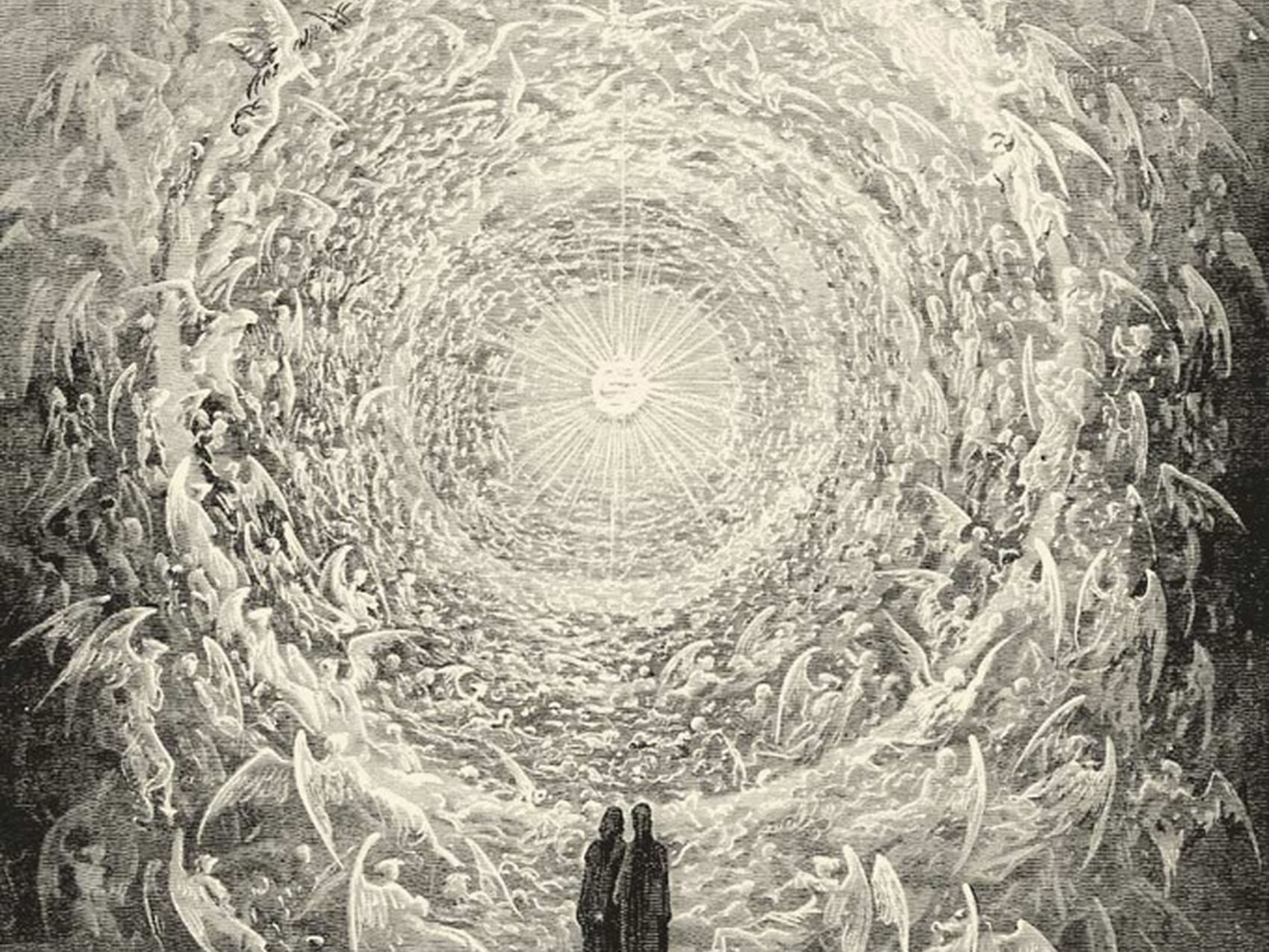 Surveys of Christian doctrine regularly note that the themes of eschatology have attained a certain prestige in the late nineteenth and then twentieth centuries that exceeds their fate in previous times. What do we make of this new emphasis? What benefits have been gained? And what dangers might we need to be alert to? I want to focus briefly upon one new emphasis, its potential and frequent cost, and a way in which theological retrieval helps us move toward a more biblical eschatology for the contemporary church.

Heaven Is a Place on Earth

Surely the most marked shift in twentieth century eschatology was its earthiness. Perhaps no tradition has so emphasized the created and material character of our blessed hope as that of the Dutch Reformed theologians of the late nineteenth and early twentieth centuries (e.g. Abraham Kuyper and Herman Bavinck). Bavinck’s magisterial Reformed Dogmatics illustrates this cosmic turn of modern eschatology in the attention to detail, organizational structure, and rhetorical emphasis that it places upon the “renewal of creation” as ingredient to biblical hope.

Theologians and exegetes regularly and rightly lambast any notion of Christian hope as otherworldly or non-earthly (likened regularly in the literature to the naïve expectations of someday playing harps in the clouds). Thus, no one wishes to shift to an eschatology that is ethereal or disembodied.

But the Best Sight Ain’t a City

I do not advocate a return to life prior to the remarkable witness of theologians like Bavinck. His biblical imagination, commitment to the full canonical scope of Scripture, and unswerving determination to let dogmatic eschatology shape Christian ethics are all to be commended and never to be forgotten. And yet it seems to me that one can (and many seem, unintentionally, to) herald something akin to Bavinck’s Augustinian vision without capturing the very center of Augustine’s eschatology (and that of the classical Christian consensus that marked at least the late patristic and medieval eras). There may be something approximating an “Augustinian naturalism” (unintentionally) where the focus and emphasis falls upon the New Jerusalem rather than her chief occupant, forgetting that the best news of Christian bliss is not newness but nearness: “Behold, the dwelling place of God is with man” (Rev. 21:3). Hence the repetition of the promise: “Behold, I am coming soon” (Rev. 22:7, 12, 20).

While eschatology has moved front and center in twentieth century Protestant theology, the beatific vision appears to have exited stage right. [1] Brunner gave it a paragraph; Jenson a sentence; Barth nary a word. The absence is glaring in the face of the substantial place held by the doctrine of the beatific vision in classical faith and practice, where the beatific vision played a role in prolegomena (as the ultimate form of human knowledge of God), in eschatology (as the central hope of the Christian), and in ethics (as the driving force or motivation for ascetic discipline). Attention has fixed upon the environment, the body, and social relations (all of which are facets of a biblical eschatology), but oftentimes such concern has come at a cost and not infrequently with a smirk. The marginalization of the beatific vision from modern Protestant theology proves a remarkable case study and, I suggest, marks a fundamental problem with the earthy eschatology of the contemporary church.

A Vision of Retrieval

Fortunately, a number of recent studies have suggested the need to retrieve riches from this ancient and medieval past regarding the special character of our Christian hope. For example, Matthew Levering and Hans Boersma have each presented an argument that recent eschatology and anthropology is too much focused or, perhaps, even restricted to earthly concerns. [2]

Most significant, however, is the portrayal of Augustine’s theology offered by Charles Mathewes in his sadly neglected but dogmatically vital work, A Theology of Public Life. [3] In the course of offering a “dogmatics of public life,” Mathewes draws from Augustine of Hippo a critique of our current anxiety about being “otherworldly.” Indeed, Mathewes shows that Augustine’s great concern was not “otherworldliness” as such, but idolatry (which may be ethereal or material). Thus, he rightly ties together a truly spiritual center to our hope with a demand for serious moral engagement now. The book proves so significant precisely because it offers a spiritually centered account of eschatology that, nonetheless, shows how being spiritually minded enables one to be of earthly (ethical and public) good.  And it does so in the words and way of Augustine, the patron saint of so much twentieth century Reformed eschatology.

The way forward in dogmatic eschatology should be Augustinian, and it should avoid both spiritualism and naturalism. Our future thinking ought to follow the wisdom of Gregory and Augustine, of Thomas and of later Protestants such as John Owen, [4] however, in showing that the special character of our hope as spiritual communion with God through Jesus Christ provides the means for honoring both heaven and earth in the right way. It must center upon God, but contain within it an expectation of God renewing all things in him. Retrieving the doctrine of the beatific vision—and noting the spiritual communion to which it is meant to alert us—may be a powerful resource for better thinking of our Christian hope in a Christ-centered key. Here, as much as anywhere else, we benefit from a vision for theological retrieval and, thus, from a retrieval of the importance of that blessed hope which is yet to be ours.

1: A notable exception is the recent account offered by Anthony C. Thiselton, Life after Death: A New Approach to the Last Things (Grand Rapids: Eerdmans, 2012), 185-215. In earlier times we might mention the discussion of G. C. Berkouwer, “Visio Dei,” in his remarkable book, The Return of Christ (Studies in Dogmatics; trans. James van Oosterom; Grand Rapids: Eerdmans, 1972). I have begun to develop my own thoughts in this regard in a forthcoming essay, “The Visibility of the Invisible God.”

2: Matthew Levering, Jesus and the Demise of Death: Resurrection, Afterlife, and the Fate of the Christian (Waco, TX: Baylor University Press, 2012). For particular attention to the beatific vision, see 109-126; Hans Boersma, Heavenly Participation: The Weaving of a Sacramental Tapestry (Grand Rapids: Eerdmans, 2011).

4: Suzanne McDonald has offered an account of the role and character of the beatific vision in the works of the great Puritan divine in her, “Beholding the Glory of God in the Face of Jesus Christ: John Owen and the ‘Reforming’ of the Beatific Vision,’ in The Ashgate Research Companion to John Owen’s Theology (ed. Kelly Kapic and Mark Jones; Burlington, VT: Ashgate, 2012), 141-158.

Michael Allen
Michael Allen (Ph.D., Wheaton College) is the John Dyer Trimble Professor of Systematic Theology at Reformed Theological Seminary in Orlando. He is the author of numerous books and articles and serves as a Presbyterian teaching elder. With Scott Swain, he serves as general editor for the New Studies in Dogmatics series published by Zondervan Academic.
Next Post
Teach Students 3 “Jewels of Matthew” Using This Study Resource 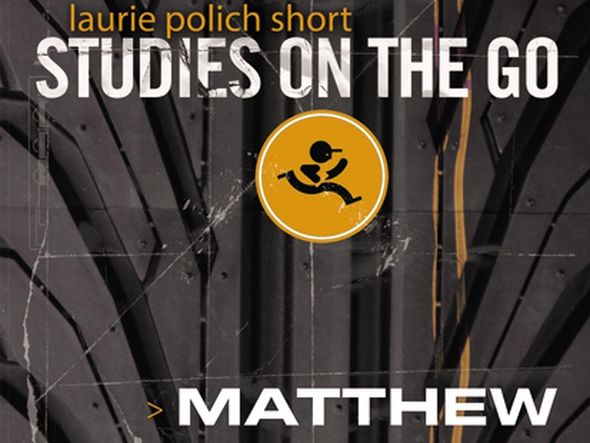 Teach Students 3 “Jewels of Matthew” Using This Study Resource It is Laurie Polich-Short’s prayer “that you and your students discover a treasure chest” in the gospel of Matthew. In M...
Your form could not be submitted. Please check errors and resubmit.