Do You Know These 7 Differences Between the Bible and Quran?

While nearly every religion has a text which it considers sacred, not every sacred text is equal in nature, composition, transmission, and use. Nabeel Qureshi reveals this in No God but One: Allah or Jesus?, his investigation of the evidence for Islam and Christianity.

In the book's thought-provoking, revealing comparison between the Quran and the Bible, Qureshi exposes seven important differences between these texts. “Both scriptures are considered holy to their people, certainly, but their uses are different, their histories are different, and indeed, their very natures are understood differently” (104).

1) The Quran Is the Jewel of Islam

In 2011, the burning of a Quran by a Florida pastor incited violence, even though a few years prior the US Government incinerated a cache of Bibles in Afghanistan without incident. Why the different responses? Qureshi says,

2) The Quran Is Viewed as the Eternal Word of Allah

The reason why a Quran's destruction may incite violence, in part, is that Muslims understand the Quran's very nature different from how Christians understand the Bible. As Qureshi explains, “[The Quran] is the closest thing to God incarnate [within Islam]… Its place in Islamic theology is that of Jesus in Christian theology” (269). This is a significant difference between the two religions, for Christians believe the Bible was inspired by God within history; the Bible is not eternal as Jesus is eternal.

3) The Quran Is Understood as God’s Literal Words

Allah revealed it piecemeal to Muhammad, dictating it through the angel Gabriel. Muhammad had nothing to do with shaping the text; he only relayed it. (106)

4) The Quran Is One Genre

The literary genres within the Bible and Quran reveal some stark differences. We know the Bible is diverse in its literary genres, in part, because God inspired specific men to write using their own experiences and perspectives under difference circumstances. Not so the Quran:

It contains essentially one genre: Allah speaking to Muhammad. Although there are significant exceptions…the Quran more or less reads in the same manner throughout its text. (108)

5) The Quran’s Compilation Was Fluid

Given the nature of Arabic during Muhammad’s life, the Quran was not written but orally known, and by memory. Muhammad would recite the same verse multiple ways, and so would his followers. He would also cancel previous texts through so-called abrogation: Muhammad “would tell his followers that certain portions of the Quran he had relayed before were no longer to be recited as part of the Quran.” (110) Therefore, if Muhammad needed part of the text to go away, he would replace it with another and tell his followers to stop reciting the earlier text and forget it. The Bible never underwent this sort of abrogation.

6) The Quran’s Textual Transmission Is Problematic

Did you know that “today’s Quran, which was not put together by one of the teachers Muhammad named, is but one of multiple Quranic canons, the one that received official approval by the caliphate and became the standard text when the rest were burned”? (285–286) That’s right, the first burning of the Quran was actually ordered by Caliph Uthman, who recalled all the variant manuscripts, destroyed them by fire, and issued an official, standardized version according to his reading. Qureshi’s judgment is important:

The Quran’s textual transmission is pockmarked by human artifice and intervention, and none of the other arguments for the Quran’s inspiration bear the weight of scrutiny. (286-287)

7) The Quran Is the Why of Islam

Perhaps the most critical difference between the Quran and the Bible, writes Qureshi, is that the Quran is “the basis of why Muslims believe in Islam” (112). The Quran is Islam’s why in part because of its purported literary excellence, numerous prophecies, scientific knowledge, mathematical marvels, and perfect preservation.

Get your copy today at Amazon, Barnes & Noble, or Christian Book.

Take a look at this conversation with Nabeel Qureshi:

By submitting your email address, you understand that you will receive email communications from HarperCollins Christian Publishing (501 Nelson Place, Nashville, TN 37214 USA) providing information about products and services of HCCP and its affiliates. You may unsubscribe from these email communications at any time. If you have any questions, please review our Privacy Policy or email us at yourprivacy@harpercollins.com.
Jeremy Bouma
Jeremy Bouma (Th.M.) has pastored on Capitol Hill and with the Evangelical Covenant Church in Michigan. He founded THEOKLESIA, which connects the 21st century Church to the vintage Christian faith; holds a Master of Theology in historical theology; and makes the vintage faith relevant at jeremybouma.com.
Featured Product 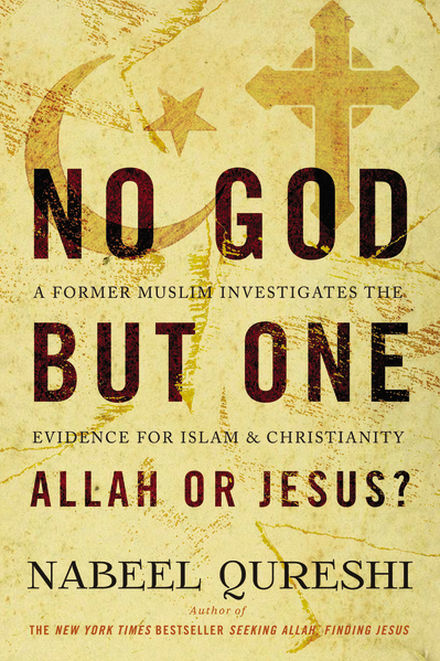 No God but One: Allah or Jesus? Nabeel Qureshi
There is no one I'd rather read on this subject than Nabeel Qureshi. His knowledge and method draw out the most important issues and demand a decision between t...
Softcover
Not Available Request an Exam Copy
Featured Course 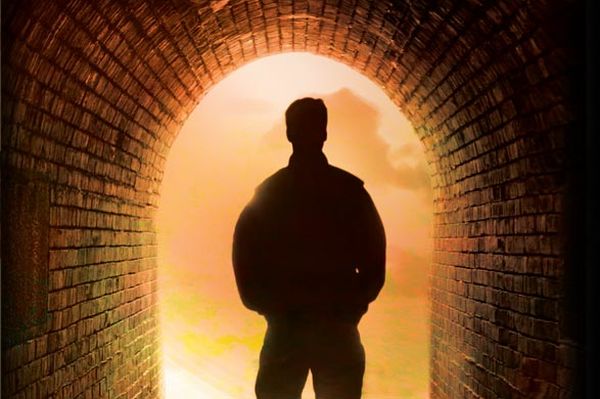 Seeking Allah, Finding Jesus Instructor: Nabeel Qureshi
In the Seeking Allah, Finding Jesus course, author and former Muslim Nabeel Qureshi introduces students to effective strategies for engaging Muslims in spiritual discussions.
Course Details
View Course
Next Post
Announcing the new Biblical Languages Certificate Program
Announcing the new Biblical Languages Certificate Program Imagine opening a copy of the Greek New Testament or the Hebrew Bible and being able to understand what it says in the ...
Related Posts
Comparing Sharia and The Gospel – An Excerpt from No God but One: Allah or Jesus? In today's excerpt from No God but One: Allah or Jesus?, Nabeel Qureshi compares the Islamic worldview and the Christian worldview, helpfully explaining how both approach what is wrong with ...
ZA Blog September 2, 2016
The Costs Muslims Face for Embracing the Gospel— An Excerpt from "Seeking Allah, Finding Jesus" by Nabeel Qureshi Western Christians often forget there is a tangible cost to embracing the gospel. Sure we might lose a friend here or there. We might even lose our professional standing. How about our entir...
Jeremy Bouma April 24, 2014
My Fork in the Road - An Excerpt from Answering Jihad September 11, San Bernardino, and other terrorist attacks have made many Americans question the Islamic faith. What is jihad? Is it an accurate representation of Islam? How should we respond...
ZA Blog February 25, 2016
Your form could not be submitted. Please check errors and resubmit.