Michael Root on The Achievements of Wolfhart Pannenberg (1928-2014)

Some theologians are mirrors of their time. The mid-twentieth century rises from the pages of Tillich as palpably as Combray rising from Proust’s tea and madeleines. Other theologians have a more conflicted relation with their age: engaged, but cutting against the grain; in their time, but not quite of it. Wolfhart Pannenberg, one of the most gifted Protestant theologians of his generation, has never seemed quite to fit his surroundings, which may say more about his surroundings than about him. The German theological world has been far less shaken than the English-speaking world by the changes in academic culture of the last decades: feminism, the hermeneutics of suspicion, the dismissal of truth-claims as disguised assertions of power. Even by German standards, however, Pannenberg’s theology has an oddly old-fashioned air.

Pannenberg was a theologian of history in three senses: first, the concept of history was central for his constructive thought (more on this below), and second, he always always situated his doctrinal deliberations within the history of ideas; so although his writing was fairly clear (and English translations were always timely), his meticulous style of argumentation was too consistently demanding to attract very many readers without considerable academic training. And third, Pannenberg was a theologian of history in the further sense that he made history: his work is a monumental achievement of late twentieth-century theology. To some audiences, his Systematic Theology began to seem dated as soon as it was published, but theologians ignore it at their peril. Even where Pannenberg is judged to have taken a wrong turn, he was so thorough and explicit in his decisions that his errors are instructive. And wherever he was on the right track, those same merits make him a uniquely useful guide.

Scholars commonly see in 1 Corinthians 15:1-7 material of an early “pre-Pauline” confession that focuses on Jesus’ death, burial, resurrection and appearances to select witnesses. But there are continuing disagreements over what kind of event is referred to in vv. 3-5 where Jesus is described as “raised on the third day,” specifically whether this refers to a resurrection/transformation of Jesus’ mortal body or some other kind of event, e.g., a “spiritual” one that left his mortal body in the grave. I’ve just read a new study of the matter that seems to me pretty effective in guiding exegetes to the correct answer: James Ware, “The Resurrection of Jesus in the Pre-Pauline Formula of 1 Cor 15.3-5.” New Testament Studies 60 (2014): 475-98.

Peter Berger on The New Evangelization and its Assumptions

There is an underlying assumption shared by both religious conservatives and their progressive antagonists (they just differ on what to do about it): that modernity means a decline of religion and its concomitant morality. That’s not exactly right, however...

The phrase “The New Evangelization” was first used by the Italian Catholic student group “Communion and Liberation”, founded in the 1960s and since grown into an officially approved international movement . The phrase was used by Pope John Paul II in 1983, in an important address to a meeting of Latin American bishops. The evangelization was to target “an entire group of the baptized who have lost a living sense of the faith, or even no longer consider themselves members of the Church, or live a life far removed from Christ and his gospel”. The phrase was taken up forcefully by Pope Benedict XVI, who in 2010 established the Pontifical Council for the New Evangelization, with the purpose of seeking strategies for promoting the truth of Catholic Christianity in a situation characterized by “the presence of secularization”.

I think it is interesting to note the three very different contexts out of which the idea emerged:

While many evangelicals have heard of D.L. Moody, most do not know nearly enough about the famous evangelist. Kevin Belmonte is hoping to change that.

I’ve interviewed Kevin before about his G.K. Chesterton books, but his most recent biography, D.L. Moody – A Life: Innovator, Evangelist, World-Changer, aims to give readers a fuller understanding of one of the most influential evangelists of the last 200 years.

Today, Kevin and I focus most of our attention on Moody’s life, and tomorrow, our discussion centers around his legacy.

Jeremy Bouma
Jeremy Bouma (Th.M.) has pastored on Capitol Hill and with the Evangelical Covenant Church in Michigan. He founded THEOKLESIA, which connects the 21st century Church to the vintage Christian faith; holds a Master of Theology in historical theology; and makes the vintage faith relevant at jeremybouma.com.
Next Post
Engage the Resurgence of the Doctrine of the Trinity Using This Book 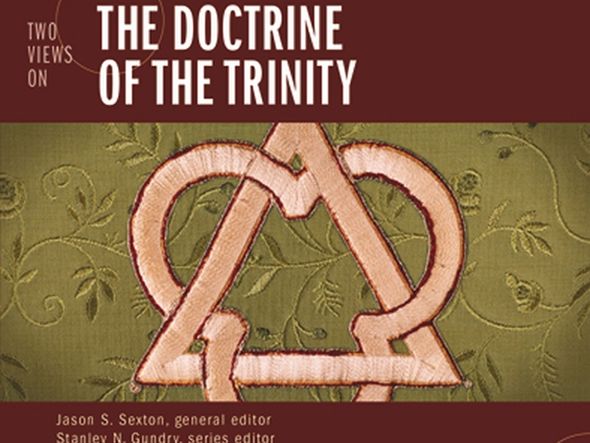 Engage the Resurgence of the Doctrine of the Trinity Using This Book [embed width="680" height="383"]http://www.youtube.com/watch?v=9_PrYZXZJ5Y[/embed] (Can't see the video? Watch it here) ...
Your form could not be submitted. Please check errors and resubmit.