“For what is exalted among people is an abomination before God” (Luke 16:15) - Mondays with Mounce

Note: you can watch the blog on my YouTube channel.

Before I get into the Greek, I think it is helpful for us to stop and ask ourselves if we really believe this. Think about the things that we value, to which we aspire, what we respect in other people, what we secretly long for. How many of these things are actually “detestable” (NASB), an “abomination” (ESV), “revolting” (CSB) in God’s eyes? I suspect the list is rather long.

The Greek of this verse is pretty simple, but it does illustrate several points.

“What is exalted among men (τὸ ἐν ἀνθρώποις ὑψηλὸν)” shows the use of the article (τό) to turn an adjective (ὑψηλὸν) into a noun. The prepositional phrase ἐν ἀνθρώποις is in the first attributive position even though usually a prepositional phrase is in the second attributive position when performing this function. “Abomination” (βδέλυγμα) is in the predicate position and therefore we need to supply the verb “is.” Does ἐνώπιον simply mean “before” or does it carry the nuance of being in someone’s presence, hence, “in the sight of God”?

The translation is straight forward, and there is no real debate about what it means, although I suspect its application is much more difficult. But look at how much “interpretation” was needed, albeit a simple enough interpretation that a first year student could do it. The myth of “literal” translation is that you can see the Greek structure behind the English. Good luck on even this simple of a sentence.

A word-for-word translation is: “the in men exalted abomination before the God.”

1. “The ... exalted” is turned into a noun and you have to figure out the precise meaning of τό. Context suggests Jesus is primarily thinking of wealth.

2. Is ἀνθρώποις referring to males or people? Beyond that, you have to determine what is the most effective word to create the contrast between that which is human and God. Regardless of a translation’s decision on how to handle ἄνθρωπος in general, it is a special situation when ἄνθρωπος contrasts with the divine. This is one of the few situations in which I like (or at least am getting comfortable with) the word “human” since it sets up a strong contrast with θεός. But “mankind” also works, and the word is still in wide use in English. You could even go with “man” to emphasize the humanness, although ἀνθρώποις is plural. But my point is, there is no “literal” translation. You have to decide which words express the meaning best.

3. There is no verb ἐστίν, but “is” must be added for the translation to be English.

4. And then there is the “among” (ἐνώπιον). You have two choices. BDAG has, “(1) pert. to a position in front of an entity, before,” and “(2) pert. to being present or in view, in the sight of, in the presence of, among.” Most translation go with the latter, but my point is that this is an interpretive position.

So even with a sentence this simple, it is highly doubtful that a first year Greek student, much less someone who does know any Greek, could see the Greek structure behind the English. Let’s stop assuming that you can.

But back to my point. Which of my goals and aspirations are in fact an abomination in the sight of God? How about a working knowledge of Greek? That can’t be an abomination, right? We just want to know God’s word better.

My guess is that if knowing God and his word better truly is your motivation, then it is a good thing. But if we are pursuing Greek for self-gratification, for respect in the academic community, to have the ability to lord our knowledge of Greek over the people to whom we preach and teach, then even something as precious as knowing Greek is an abomination.

Something to think about. Motives are tricky things.

Next Post
What Is the Mark of the Beast? 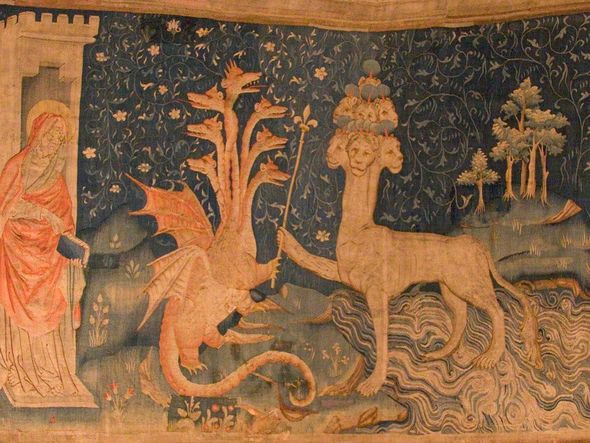 What Is the Mark of the Beast? This post is adapted from material found in Craig Keener’s Revelation online course. The book of Revelation speaks of s...
Your form could not be submitted. Please check errors and resubmit.