The Reformation's Influence on How We Got Our Bible

The accessibility of the Bible in most of the world’s major languages can obscure a dramatic and sometimes unexpected story: how we got the world's bestselling book. 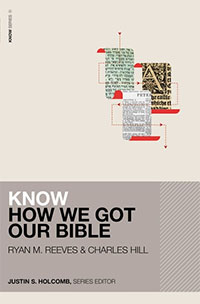 In Know How We Got Our Bible, scholars Ryan Reeves and Charles Hill trace the history of the Bible from its beginnings to the present day, highlighting key figures and demonstrating overall the reliability of Scripture.

This story they tell about the Bible is an important one. As series editor Justin Holcomb explains:

The Bible is the most significant and influential book in the world because it is the Word of God. The Bible tells us who God is and who we are. Ultimately the Bible is about how God created and is redeeming the world through Jesus Christ... The Bible therefore "contains all things necessary to salvation" and is a primary way God leads us: "Your word is a lamp for my feet, a light on my path" (Psalm 119:105). This is why knowing how we got our Bible is story that is both interesting and vital. (11).

One of the more significant parts of that story is the role played by the Reformation. Without wading into the deeper Protestant-Catholic divide, Reeves and Hill clearly explain the struggle that shaped the Reformation. For as they argue, "issues that divided Protestants from Catholics…are therefore part of the story of our Bible" (119).

Keep reading to explore these issues, look at the rise of biblical scholarship in the sixteenth century, and see how it affects Christians today.

The story of the Reformation’s impact on how we got our Bible begins with the most influential movement at the end of the Middle Ages: humanism. This movement "coincided with the new study of the humanities, which drove a wedge between early modern Europe and the ancient Greco-Roman world" (119). As a result many perceived this period as a time of intellectual erosion, the so-called "Dark Ages."

The humanism movement wasn’t a singular movement, but rather it was "a cluster of individuals who wished to revive the glory of the classical age of the Greeks and Romans" with a particular "approach to learning" and "a life centered on the love of antiquities" (119). From their perspective, the achievements of the Middle Ages paled in comparison to the classical age, which had been a time of both learning and beauty. As Reeves and Hill explain:

If we think of humanism as an educational model, then we can more easily understand what united all the various forms of humanism (art, poetry, literature, languages, and history). Humanists attempted to breathe new life into each of these fields by going back to the classical age, studying their styles and methods, and then reintroducing these elements to their own generation. (120)

In the case of biblical studies, humanists looked back to the languages of Greek and Hebrew. "And with this journey back to the sources—ad fontes as it was known—came the study of language and the rise of a new approach to the study of Bible manuscripts" (120). However, this was a dangerous proposition: "If there was an advantage in knowing the language of the Bible, there was an implied disadvantage in using the Vulgate" (120). This Bible that had been used throughout the Middle Ages, the Latin Vulgate, had been deemed inadequate and flawed by humanists for serious biblical studies. As Reeves and Hill explain:

For humanist scholars of the Bible, then, the study of Greek and Hebrew was a required field of study. However, because of a mixture of pride in the Latin Vulgate and a bias against foreign languages (Greek was the language of Eastern Orthodoxy; Hebrew the language of the Jews), not all agreed. Many in Europe thought this resurgent interest was not only a dangerous trend, but also an insolent one, as it claimed “centuries of the Christian church had been weak because they failed to parse verbs and nouns well” (121).

Yet the humanists fought back, through threat of heresy and the Inquisition (literally!) and more. The result: new language grammars (such as the first Hebrew one for Christians) and new Bibles, in the original languages. The complete edition of the Masoretic text of the Hebrew Bible published in northern Italy served as the foundation for Luther's and Zwingli's translation of the Old Testament.

"Both of these developments—the wellspring of biblical studies and the hard labors to create Protestant Bibles—could not have occurred were it not for the humanist movement" (123)—not to mention the efforts of the so-called "prince of the humanists," Erasmus of Rotterdam.

The Catholic humanist Erasmus of Rotterdam critiqued Jerome's Latin Vulgate, and in the process, "Erasmus appeared to kick open the door for the Reformation" (123). As the church had always said: "Attack the Vulgate, let in heresy."

Erasmus' main quarrel with Jerome was that the Latin lacked refinement and polish. Tirelessly recovering lost biblical texts in the original languages, he sought to translate the Bible so that it was both faithful to the original language and beautiful in its new language. While others before him had also disliked the Latin style of the Vulgate and sought to rectify Jerome’s translation with new ones, "Erasmus was wise enough to avoid openly mocking the Vulgate. Taking on Jerome—a celebrated church father and a saint—was folly. What Erasmus planned instead was to give scholars the Greek text, coupled with his own improved Latin translation" (128).

The result was the Novum Instrumentum, finally published in March 1516. "Overall, the first edition was a mess, with not only problems in the manuscripts but errors in the printing" (128). However, each successive edition improved greatly on the previous one. Erasmus's work was similar to a modern-day "interlinear text," where the original language sits next to a modern translation to aid the reader. Each page in his new version was divided into two columns: on the left, the Greek; on the right, his new translation into Latin. Reeves and Hill explain Erasmus’s goal in publishing the Greek New Testament in this way:

Everyone knew the importance of the Greek, but they assumed also that the Latin Vulgate was a worthy translation, faithful to the original meaning. Erasmus wanted to do away with some of Jerome’s translation choices, but he also wanted to produce a better Latin translation, more in step with classical style. In this sense, Erasmus was faulting the Vulgate for misunderstanding the original in its word-for-word meaning, while also noting that it failed to achieve the right dynamic equivalent in the Latin. (128–129)

Eventually Erasmus produced a total of five editions of his Greek New Testament before his death in 1536—which would set the stage for most Protestant editions, and perhaps the most important of them all.

Luther and the People’s Bible

Erasmus' Greek New Testament was not only pivotal for traditional Catholicism and the Latin Vulgate. It was also the crucial text of choice for most early Protestant editions of the New Testament and those who contributed to new vernacular translations. "It was a pivotal book that came on the eve of a pivotal reformation" (129), and for the one who launched the Reformation in the first place: Martin Luther.

Based on Erasmus’ work, the first Bible of the Reformation was Luther's New Testament—a landmark publication. He published the first edition nearly five years exactly to the date from when he posted his Ninety-Five Theses. He commenced his translation of the German New Testament while in exile in Wartburg in order to offer a new version in the vernacular of the common German people. "Luther's translation is not interesting because it was the first German Bible, but because it was the first of its kind as a Protestant Bible. Not that the Bible was slanted in its message, but that it stood like a beacon for the Protestant view that the Bible alone is the authority of doctrine. The rebel with his rebel translation. The fact that it has endured until the present in the German Lutheran church adds to its legacy" (131).

The response was swift, both for and against: this Bible nearly always sold out with each subsequent printing; the Catholic Church condemned the Bible and tried to have its copies burned, and the Council of Trent that met a generation later even threatened publishers who sold such Bibles beside the Vulgate. The authors note several things about this groundbreaking work:

"The Reformation was always a movement based on the Bible alone," summarize Reeves and Hill. "It scandalized Catholic opponents that Protestantism broke up into different movements almost from the beginning, but differences among the reformers were never so great that they clouded their shared belief that all doctrine, life, and worship must be based on the Bible" (133).

The origin of Protestant Bibles is not the only story from the Reformation. The other side of the story is the Catholic response to these Reformation criticisms of the Vulgate, which was the Council of Trent (1545–63). In the first session, the council issued a number of decrees, the second of which takes up the Vulgate. And as Reeves and Hill explain, they didn’t mince words:

It is clear from the Catholic response to the Protestant Reformation that "The difference between Protestant and Catholic teaching on Scripture could not have been greater" (134)—revealing just how important of an episode the Reformation was in the ongoing drama of how we got our Bible.

Written clearly and focused on the overarching story of how the Bible came to us today, Know How We Got Our Bible is an excellent introduction for formal students and lay learners alike.

"The Reformation was always a movement based on the Bible alone… That fundamental stance—sola scriptura—is the reason that Protestant traditions worked tirelessly at the translation and publication of the Bible" (133). To learn more about the Reformation’s contribution to how we got our Bible, add Reeves' and Hill's book to your library.

Jeremy Bouma
Jeremy Bouma (Th.M.) has pastored on Capitol Hill and with the Evangelical Covenant Church in Michigan. He founded THEOKLESIA, which connects the 21st century Church to the vintage Christian faith; holds a Master of Theology in historical theology; and makes the vintage faith relevant at jeremybouma.com.
Next Post
Genesis 1: In the Beginning 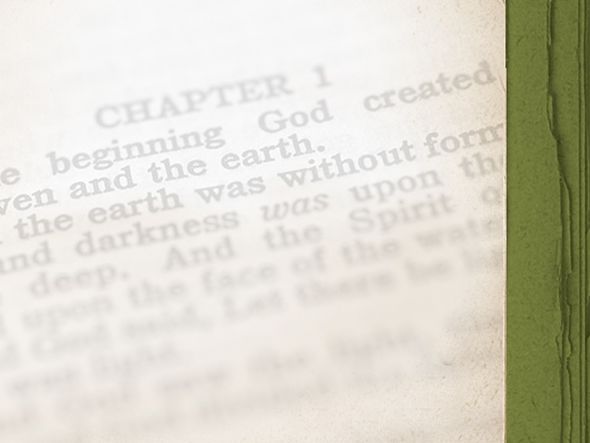 Genesis 1: In the Beginning “In the beginning, God created the heavens and the earth.” The Bible begins with these famous words in Genesis 1, laying...
Your form could not be submitted. Please check errors and resubmit.