Is Everyone in your Church Going to Heaven? - Mondays with Mounce 315

One of the challenges of the letter to Ephesians is to understand how Paul could write a letter to a church where he had ministered for three and a half years, and yet in the letter it appears that he does not know the people to whom he is writing.

This explains the issues surrounding the inclusion of ἐν Ἐφέσῳ in 1:1 and the suggestion that the epistle is really a circular letter. But it does raise an interesting question about the translation of εἴ γε in 3:2 and 4:21.

“For this reason, I, Paul, the prisoner of Christ Jesus on behalf of you Gentiles— you have heard, haven’t you (εἴ γε ἠκούσατε), about the administration of God’s grace that he gave to me for you?” (3:1–2, CSB). The CSB at least indicates that Paul is not confident that his audience has heard, but gives the suggestion that they have. Other translations are a little more neutral, saying things like “assuming, by the way, that you know God gave me the special responsibility of extending his grace to you Gentiles” (NLT, also ESV).

What is surprising is the translation of NIV and NRSV, which use “surely.” “Surely you have heard about the administration of God’s grace” (3:2, NIV). “For surely you have heard about him and were taught in him, as truth is in Jesus” (4:21, NRSV). These translations are much more confident than the Greek allows about the audience’s knowledge of Paul’s ministry and the ethical message of the gospel.

What is even more interesting is that BDAG gives the translation of εἴ γε as “if indeed, inasmuch as.” Aren't those two glosses the opposite of each other?

Paul uses εἴ γε three other times. “Did you experience so much for nothing—if in fact (εἴ γε) it was for nothing?” (Gal 3:4, CSB). “... he has now reconciled in his body of flesh by his death, in order to present you holy and blameless and above reproach before him, if indeed (εἴ γε) you continue in the faith” (Col 1:21–22, ESV). Both of these verses fit the meaning “if indeed” and not “inasmuch as.”

Paul’s other use is in 2 Cor 5:2. “For in this tent we groan, longing to put on our heavenly dwelling, if indeed (εἴ γε) by putting it on we may not be found naked” (5:1–2). I am on vacation so I don’t have access to my commentaries, but I would think this passage supports the gloss “inasmuch as” since Paul had no doubts that putting on his resurrection body (“heavenly dwelling“) would certainly mean that he would not be a disembodied spirit (“naked”).

However, given the legitimate question about Paul not knowing his Ephesian audience, the use of εἴ γε twice in places where you would expect Paul to express doubt (Eph 3:2; 4:21), its use in Gal 3:4 and Col 1:22, it is doubtful to me that 2 Cor 5:2 gives sufficient warrant to the translations of the NIV and NRSV. Paul did not know his audience, and it would not be safe on his part to assume all of them are Christians, and so a better translation is “assuming.”

I remember when I was pastoring how I had to put this into practice in my sermons. It would be wonderful and yet dangerously naive to assume that everyone to whom I was preaching was truly a believer. Remnant Theology is right, and the true church is always a subset of the visible church. To lull the nonbelievers in your audience into thinking that somehow they are truly part of the true church is dangerous and ultimately damning.

Pastors, please don’t tell your church that they are all great and that they are all on a journey together to heaven. You have no idea that is true, and odds are that some of those smiling faces are a facade and reflect a deep emptiness in their heart that is still longing for a true relationship with their creator.

Bill Mounce
Bill is the founder and President of BiblicalTraining.org, serves on the Committee for Bible Translation (which is responsible for the NIV translation of the Bible), and has written the best-selling biblical Greek textbook, Basics of Biblical Greek, and many other Greek resources. He blogs regularly on Greek and issues of spiritual growth. Learn more about Bill's Greek resources at BillMounce.com.
Next Post
What does it mean that the Word became flesh? 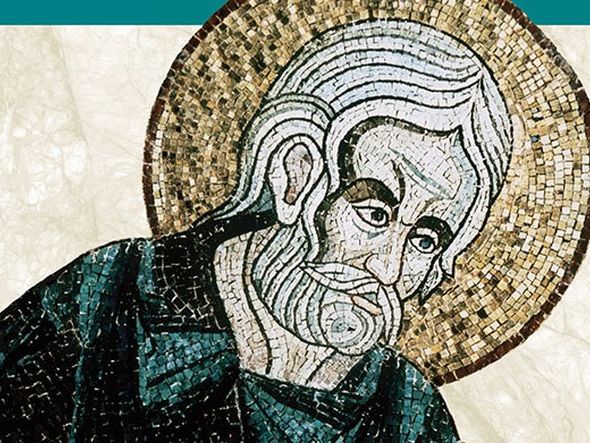 What does it mean that the Word became flesh? John 1:14 is one of the most important verses in the Bible. It reads: “The Word became flesh and made his dwelling among...
Your form could not be submitted. Please check errors and resubmit.