One of the important steps every Greek student must make is to move beyond the formal structures of first and even second year Greek, and start considering other issues such as the meaning of a word.

Take for example 1 Cor 3:6. “I planted, Apollos watered, but God has been causing the growth (ηὔξανεν).” Because ηὔξανεν is an imperfect — past time; imperfective aspect — every first year Greek teacher would expect an explicitly durative translation: “has been causing.”

This is great for first year Greek, but let me ask the question. Isn’t the actual meaning of “grow” a durative idea? Do we have to explicitly say “has been causing” to get the durative idea across? Of course not.

In fact, it could be argued that having both “grow” and “has been causing” is redundant, translating the same form twice. That’s why the ESV/NRSV has “gave the growth,” NET has “caused it to grow,” the NLT has “made it grow,” and the KJV “gave the increase.” The concept of “growth” is inherently durative and the additional “has been ... ing” is unnecessarily redundant.

We often talk about formal and dynamic translation theory, but there really is a third alternative, “natural language translation.” The ESV is formal, the NIV is dynamic, and the NLT is natural. The ESV tries to somewhat rigidly stick to Greek order as long as it conveys meaning. The NIV tries to respect Greek order while still trying to communicate well. As far as I can tell, the NLT doesn’t care at all about Greek word order and constructions; they want to say the same thing in colloquial English as is being said in Greek. Remember, the NT is Koine, “common,” the every day language of the first century.

The point is that in a natural language translation, you will see the meaning of the word carry more weight than rigidly repeating the formal Greek structure (e.g., its tense). But I suspect that even in the case of the NIV, “has been making it grow” is redundant and the meaning of the verb can carry the sense of the imperfect just fine.

William D. [Bill] Mounce posts about the Greek language, exegesis, and related topics on the ZA Blog. He is the author of numerous works including the recent Basics of Biblical Greek Video Lectures and the bestselling Basics of Biblical Greek. He is the general editor of Mounce's Complete Expository Dictionary of the Old and New Testament Words. He served as the New Testament chair of the English Standard Version Bible translation, and is currently on the Committee for Bible Translation for the NIV.

Bill Mounce
Bill is the founder and President of BiblicalTraining.org, serves on the Committee for Bible Translation (which is responsible for the NIV translation of the Bible), and has written the best-selling biblical Greek textbook, Basics of Biblical Greek, and many other Greek resources. He blogs regularly on Greek and issues of spiritual growth. Learn more about Bill's Greek resources at BillMounce.com.
Next Post
Extracurricular Activities 4.18.15 — Exodus Evidence, Jefferson's Jesus, and Clinton's Faith 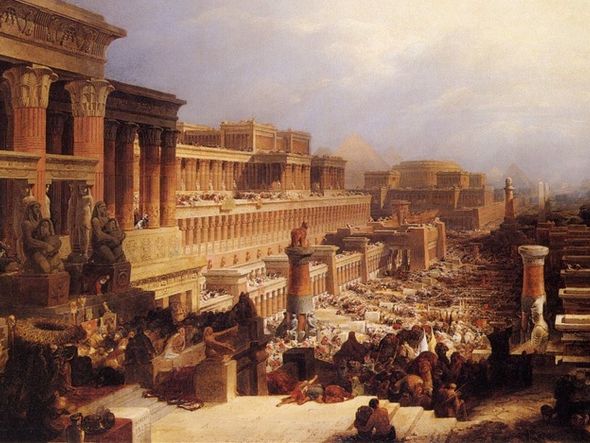