Porneia: Sex Gone Bad — An Excerpt from "Faithful: A Theology of Sex" You don’t have to look too far to see how far sex has fallen. The New Testament has a name for such sex gone bad: porneia.

Most Bibles translate this term “fornication” or “sexual immorality.” But as Beth Felker Jones explains in her new books Faithful: An Ordinary Theology of Sex, (available 5/5/15) “These translations may have lost their ability to convey the biblical idea of porneia.” (43) She goes on:

The word porneia is an umbrella term — one under which a number of different situations fit — for sex gone wrong. Porneia is sex deformed by sin. It is sex that is contrary to God’s good intentions. (43)

The problem is, we can hardly have a conversation in contemporary North America about any kind of sex as going wrong, as being bad. We hope the excerpt below will bring clarity.

Read it, share it, then buy Jones’s book to help redeem God’s good gift to us.

In contemporary North America, it’s become very difficult to talk about any kind of sex as bad sex. We live with enormous cultural pressures to tolerate any and all “private” behavior. This pressure makes it difficult for our lives—body and soul—to mean anything. Because we’re told that sex is private, that it’s “none of our business,” we have difficulty recognizing the distortions of sin as the distortions that they are. We’re tempted to write them off as private choices.

But if we want to mean something, if we want to show the world — in truth and beauty — what it means to “glorify God” in our bodies (1 Cor. 6:20), we have to be able to see distortion as distortion. We need the tools to discern when sex tells the truth about God and supports human flourishing and when sex denies the reality of God and is harmful to human beings. We must have a way to diagnose the situation we’re in, to know when we’re not embodying the truth of the God who is faithful. We need to be able to recognize when we’re embodying, instead, brokenness and idolatry and sin.

God’s good intention is for sex to embody a one-flesh union. That union is supposed to be radical, permanent, and intimate. It’s supposed to be about mutual fidelity and to affirm the goodness of bodies and of sexual difference. In the ancient but still persuasive categories of Augustine — the most influential Christian pastor of all time — sex should embody three “goods.” Good sex enables or creates or testifies to or delights in (1) fidelity, (2) fruitfulness, and (3) the relationship of the husband and the wife to God.

Fallen sex is selfish. It cares only about the self. Augustine tells us that good, married sex isn’t just about the self. It’s for others: for the spouse, for the world, and for God. Good sex treasures and tends and builds up the beloved. Good sex attends to the beloved, not just in bed, but in the unified life together where both partners learn to die to self and to serve one another in love.

The good of fruitfulness points sex beyond the two spouses toward those who are the fruit of their sexual union. Good sex is fruitful in that it points us toward kingdom work. The good of fruitfulness means that sex is for others. This is true in the pro- found and embodied sense that sex results in procreation, and good sex points us to our children. But this is also true in the equally profound and embodied sense that marital unions should bear fruit in the world — kingdom fruit — in the good work of both partners. Babies are the fruit of sex, and so is the other good work that comes from one-flesh unions: the writing of books, the washing of feet, the teaching of Sunday school, the feeding of the hungry, the hospitality of the dinner table . . .

Good sex points both spouses toward God. Augustine’s third good, here, teaches us that sex is for God. This is true in the sense that sex should be received as a good gift. It’s true in the sense that fidelity and fruitfulness are possible only by the power of God’s grace. God provides us with manifold goods—including fidelity and fruitfulness and grace—that order our sexuality away from idols, that turn our sexuality from ingrown selfishness to kingdom work, and that train us to point our whole lives — body and soul, sex included — toward the only One who can truly satisfy the thirsty animals that we are, the God we have met in Jesus Christ who promises that “those who drink of the water that I will give them will never be thirsty. The water that I will give will become in them a spring of water gushing up to eternal life” (John 4:14).

But fallen sex strains against all this goodness, and we know the damaging, distorting reality of sin in the world and in our bodies. Sex and bodies and marriage are good, but God’s good gifts can be twisted and distorted. Good sex can — and does — become bad sex. Scripture tells the truth about the reality of sex gone wrong, and it does so unflinchingly. Polygamy. Rape. Sexual violence. Idolatry. (Never think that idolatry has nothing to do with sex.)

If sex is real, we need to call it what it is when sex strains against the very nature of reality — when it denies who God is and tells lies about what it means to be human.

In English versions of the New Testament, the Greek porneia is often translated “fornication” or “sexual immorality.” These translations may have lost their ability to convey the biblical idea of porneia, which is any kind of sex that violates God’s reality. The word porneia is an umbrella term — one under which a number of different situations fit — for sex gone wrong.

Porneia is sex deformed by sin. It is sex that is contrary to God’s good intentions.

To begin to get a sense of what it means to do sex in ways that deny God’s reality, we’ll look at a few times the word porneia gets used by Jesus. Jesus’ teaching about sex is in continuity with the Old Testament and with the people of Israel. He assumes that there is such a thing as good sex and bad sex.

When Jesus gives instruction about how to live as faithful witnesses to the God who is faithful, he addresses a question about divorce. Jesus teaches, “Anyone who divorces his wife, except on the ground of unchastity, causes her to commit adultery” (Matt. 5:32). Here, porneia — or “unchastity” — constitutes grounds for divorce.

Porneia is to violate the faithfulness of the marriage covenant. It is to deny the reality that God has created one-flesh union between husband and wife. Porneia is to cheat. It is to break faith with one’s spouse.

Porneia, here, certainly includes adultery, but the church has also interpreted it as incorporating other sins against faithfulness, where those sins contradict the reality of faithful, one-flesh union. I understand abuse as a kind of porneia. Like the one who com- mits adultery, anyone who would batter and bruise a husband or a wife sins against his or her body. The batterer, like the adulterer, denies the reality that the spouse is truly, faithfully, united to him or to her, and the batterer, like the adulterer, embodies a false image of what God intends faithfulness to look like in this world.

Porneia is sin against fidelity.

Faithful: A Theology of Sex

Jeremy Bouma
Jeremy Bouma (Th.M.) has pastored on Capitol Hill and with the Evangelical Covenant Church in Michigan. He founded THEOKLESIA, which connects the 21st century Church to the vintage Christian faith; holds a Master of Theology in historical theology; and makes the vintage faith relevant at jeremybouma.com.
Next Post
How Do We Reckon Urban Life with the Christian Faith? A Theology of Urban Life 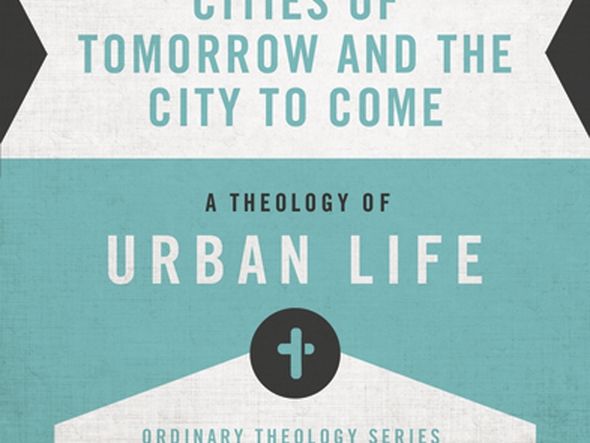 How Do We Reckon Urban Life with the Christian Faith? A Theology of Urban Life In his new book Cities of Tomorrow and the City to Come, (available 5/5/15) Noah Toly invites you to become a flâneur. F...
Your form could not be submitted. Please check errors and resubmit.