10 Reasons Why People Reject the Gospel 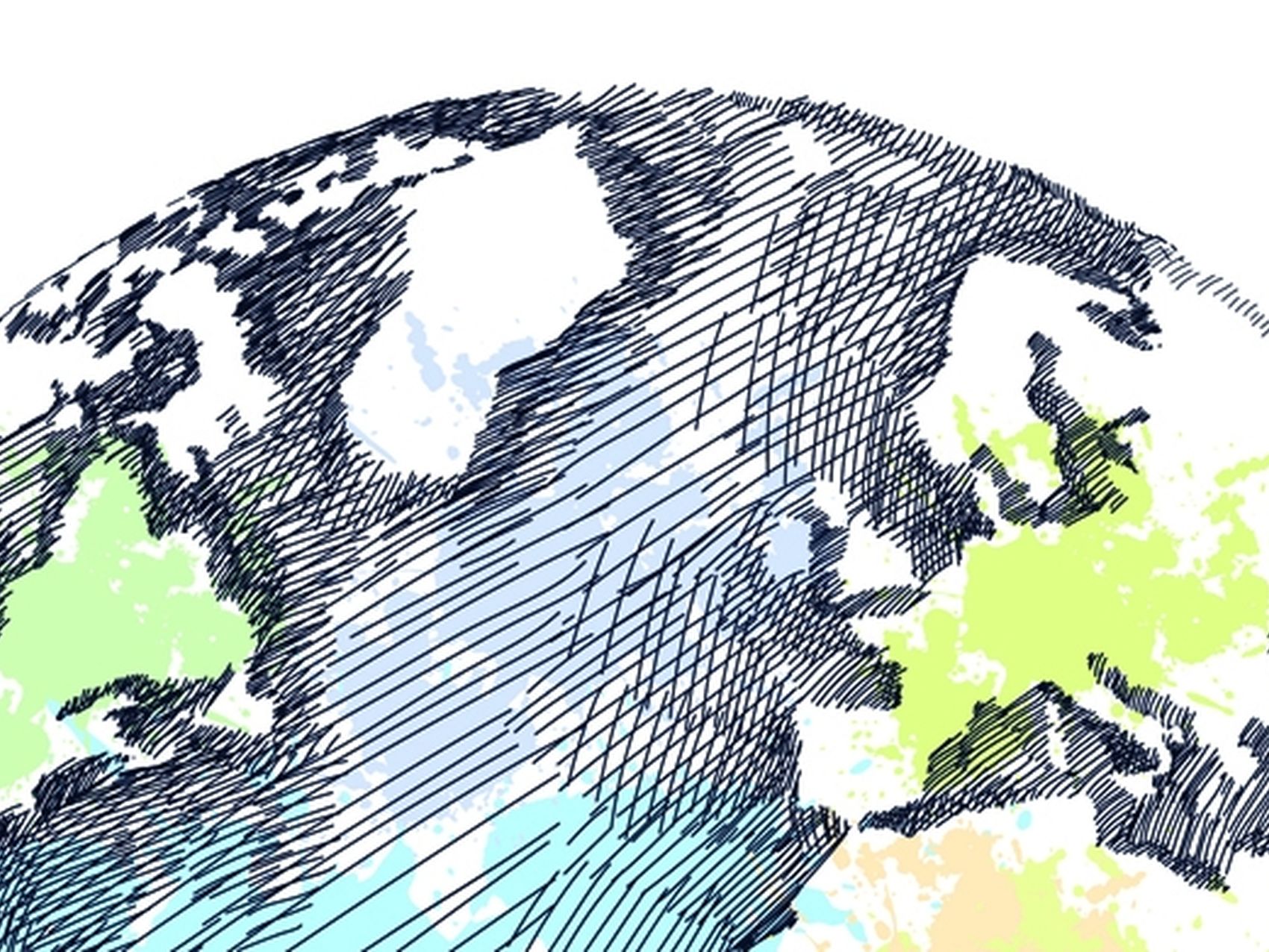 If the gospel is the “good news about Jesus,” then why do so many people reject it? If Christians bear this “good news,” how can they better share it using methods that are effective in today’s post-Christian world?

Evangelism in a Skeptical World offers actionable advice for making the unbelievable news about Jesus more believable. It also explains why people often reject this news in the first place, equipping Christians to make it more enticing to non-Christians they know.

Here are at least ten reasons why people often reject the gospel, and what you can do about it.

Plausibility structures “are accepted beliefs, convictions, and understandings that either green-light truth claims as plausible or red-light them as implausible.” (41)

For example, most would red-light a claim of a UFO landing as implausible. Although Christians would green-light the truth claim of Jesus rising from the dead as plausible, such a claim may not fit into a non-Christian's plausibility structure.

Chan explains how community, experience, and facts and evidence build such structures. And if the gospel doesn’t connect with these three buckets, people will often reject it.

When the apostles evangelized, they looked for some common ground that both they and their audiences already held to be true as an introduction to sharing the gospel. Chan writes:

This isn't to say Christians shouldn't use Scripture when presenting the gospel; we just don’t have to begin there. Instead, common ground is key to ensuring someone doesn't reject the gospel outright. Learn more in Chan's book about how to create such common ground through everyday evangelism.

3) They don't understand sin and guilt

Though sin has a prominent place in gospel presentations, our culture doesn't understand the main model we use to describe it: the guilt model of sin. Instead of guilt, “shame is becoming more prominent in our postmodern society.” (78) We need to leverage this insight when we share the gospel.

Chan has switched from using guilt language to shame language when he presents the gospel: “I’ve been using the language of shame—we have ‘shamed God,’ we have ‘not been honoring God’—and the room is silent. All eyes are on me. They get it. It’s personal.” (79)

If we don’t make the switch, people may reject the gospel because they don't understand sin. Read more about the various models for sin that resonate with our culture in Chan's book.

But in the 2000s he gave the same talk at a youth conference, and the audience was neither impressed nor persuaded by his answers. What happened?

“I found out that they weren’t even asking—or being asked—the tough questions that I was answering. They had a new set of questions. And they wanted a new set of answers.” (102) When people reject the gospel, often we’re either answering questions they aren’t asking or not answering the ones they are.

5) Ethics are a barrier to belief

“When our non-Christian friends think of Christianity,” Chan reveals, “they don’t think of good news, salvation, forgiveness, restoration, justice, mercy, or love. Instead, they think of hate, fear, power, and violence." (115) For a variety of reasons, they think Christians are unethical.

In other words, we have an image problem, and people often reject the gospel because of it.

In past generations, the first question people asked was, “Is it true?” Now, another question is all that matters: “Is it real in your life?” In other words, do we walk the walk and talk the talk?

This should lead us to think about how we evangelize to our postmodern friends in a way that communicates authenticity. While the gospel is something we speak, words that communicate God’s truth, there is also a sense in which we ourselves are a component of how the message is communicated. (116)

Evangelism in this postmodern day requires a lifestyle change when it comes to our pedagogy. Chan explains:

With moderns, we used to employ this logic:

But with postmoderns, I believe a better pedagogical sequence is:

When our non-Christian friends see how the Christian life works they will discover it is livable, leading to believability. “And if they see that, they might also acknowledge that it’s true” (125).

The gospel isn’t merely a set of propositional truths about Jesus. It answers the existential cry of culture, and we need to "speak to the audience in their culture, using the language, idioms, and metaphors of their ‘cultural text.’” (158)

As an example of such 'texts,' consider the cultural phenomenon of serving drinks in cafés using Mason jars. Chan explains:

If we don’t connect the good news of the gospel to the existential cry of culture, people will often reject it. Chan shows you how to create such connections in Evangelism in a Skeptical World.

9) Christians try to win the mind before emotions

If tomorrow you woke to the headline, “The Bones of Jesus Have Been Discovered!” would you believe it and leave behind your faith in Christ’s resurrection? Probably not. Why? “Because we have prior truth commitments that override what we are hearing and seeing.” (248)

Chan explains the point of this thought experiment:

It’s to show…exactly what it’s like when we present facts, evidence, and data to our non-Christian friends about Jesus’ resurrection. It’s no different for them. When they hear us talk about Jesus and the resurrection and our belief in God and the Bible, we are announcing what is contrary to fact for them. (248)

After establishing common ground, we need to use reasoning and evidence to dismantle a nonbeliever’s presuppositions using a method to answer today’s defeater beliefs:

Unless we can dismantle someone’s faulty worldview and present the Christian worldview as an attractive alternative, they may reject the gospel.

Read Chan's book Evangelism in a Skeptical World to understand how this method can be used to dismantle a variety of faulty beliefs, including: all religions are the same, a loving God wouldn’t send people to hell, science disproves Christianity, and more.

People reject the gospel for a variety of reasons. Evangelism in a Skeptical World will equip you to make the unbelievable news about Jesus more believable, overcoming their objections and helping them hear the good news about Jesus.

Engage this book yourself to learn new methods to communicate the timeless message of the gospel in culturally relevant ways. 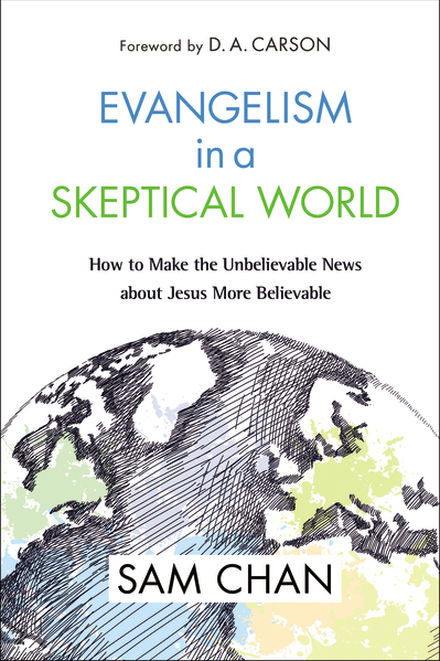 Evangelism in a Skeptical World Sam Chan
“This practical guide not only provides a biblical description of evangelism but also includes helpful strategies for gospel sharing in everyday situations. Thi...
Hardcover, Printed
Not Available Request an Exam Copy
Featured Course 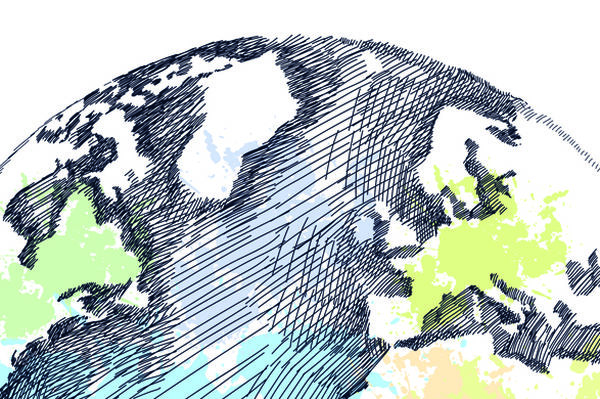 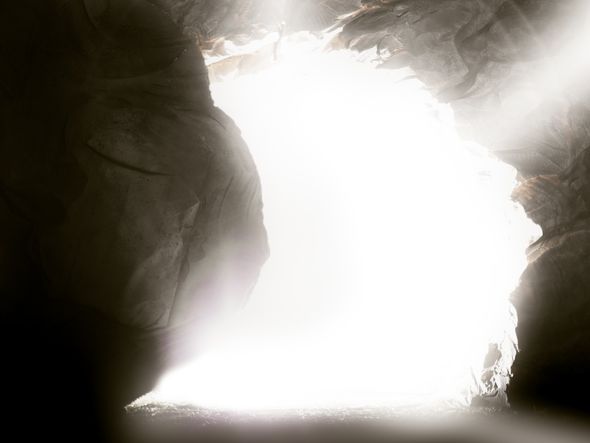 What the resurrection means Of all religions, Christianity is the one that has the most historical evidence, and therefore the least to hide, in wha...
Your form could not be submitted. Please check errors and resubmit.