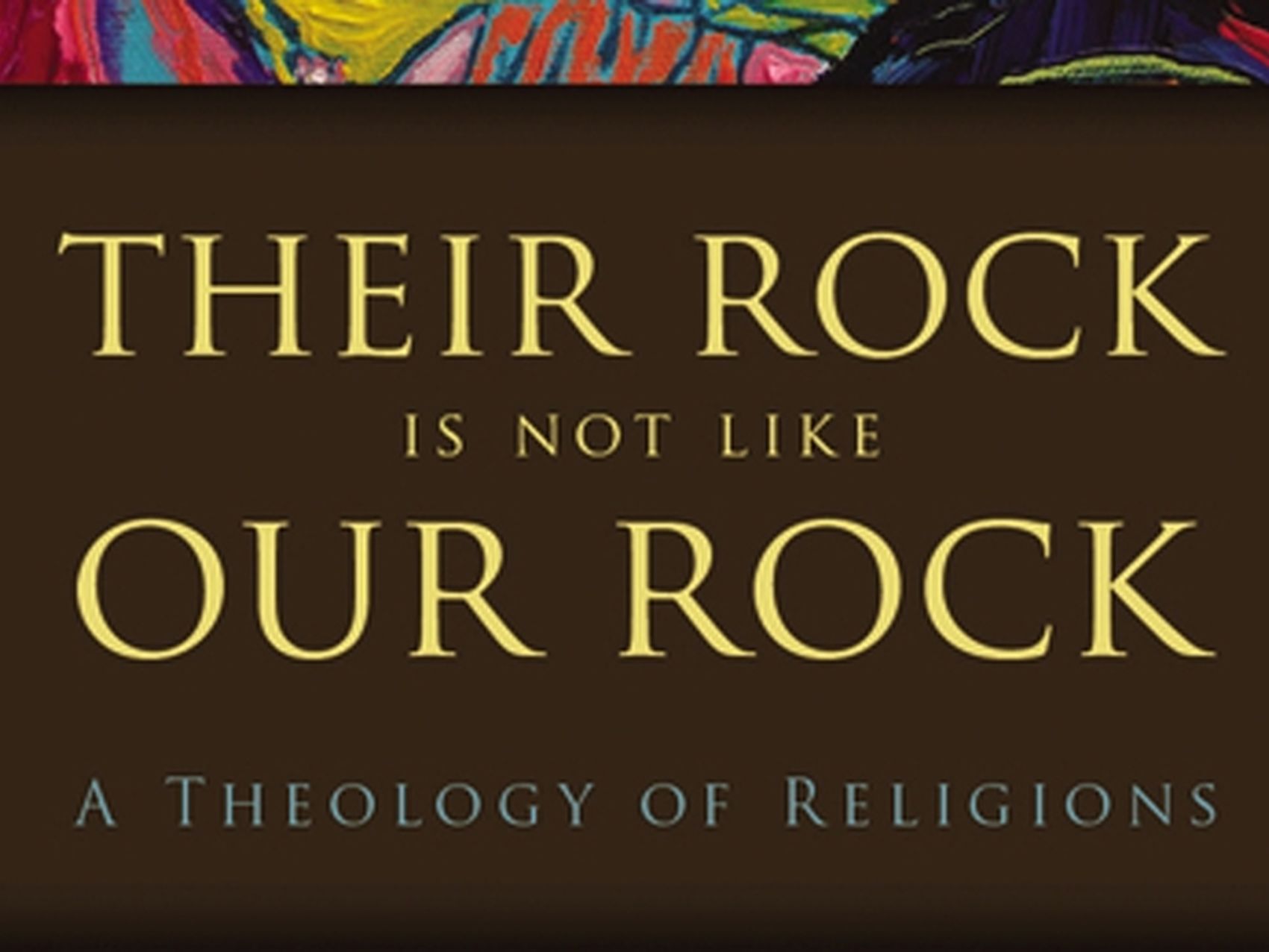 Out of what are non-Christian religions fashioned? From where did other religions come, and why do they exist?

These questions are fundamental to the new cogent, contemporary and evangelical engagement with a theology of religions, Their Rock Is Not Like Our Rock.

Strange has a theory to explain why.

Strange posits, “a ‘single-source’ theory of revelation and knowledge, when the whole of humanity was in proximity of redemptive-historical events…” (104) He calls this source remnantal revelation.

He argues such revelation is specific, supernatural knowledge preserved as ‘tradition’ and ‘memory.’ This revelation is of God and was preserved and disseminated universally in humanity from the beginning. He acknowledges such “revelatory material is always sinfully corrupted, distorted and degenerates to the point of being salvifically useless.” (104) Yet it must be factored into the phenomena of religion.

Strange buttresses his theory by focusing on two neglected, yet recently resurrected traditions: the prisca theologia of Jonathan Edwards and original monotheism of Wilhelm Schmidt.

Strange credits Gerald McDermott as championing Edwards’s engagement and fascination with the religious Other. Such fascination came about mostly during his fight with Enlightenment deists. McDermott argues Edwards fought the deists by appealing to prisca theologia, ancient theology.

As McDermott explains, “His principle purpose was to show…that nearly all humans have received revelation, and therefore all knowledge of true religion among the heathens is from revelation rather than the light of natural reason.” (Quoted by Strange, 11)

Strange argues Edwards theory of an ancient, original theology mirrors, and supports, his own arguments concerning a remnantal revelation. He contends there was a 'religio-genesis' from which other religions and their epistemic content receive their origin. He quotes McDermott to explain:

Edwards said that the heathen learned these truths by what could be called a trickle-down process of revelation. In the ‘first age’ of the world the father of the nations received revelation of the great religious truths, directly or indirectly, from God himself. These truths were then passed down, by tradition, from one generation to the next. (111)

An offshoot of prisca theologia is so-called comparative mythology, which stressed the derivative nature of worldwide mythologies, most often reduced to variations on Hebraic histories. Strange again quotes McDermott, noting Edwards's apparent appropriation of comparative mythology into his own theology of religions:

Edwards [postulated] a migration of gods from Israel through Phoenecia and Egypt to Greece (and later to Rome) by three vehicles: 1) euhemerism, 2) linguistic confusion, or 3) hermeneutical confusion. The result was a profusion of deities and myths, all betraying derivation from Hebrew biblical legends. (113)

Like Edwards, Strange’s single-source theory links the variegated world religions to a tradition and memory traceable to supernatural revelation.

Strange’s argument is furthered by the monumental work of Wilhelm Schmidt, whose “ethnological conclusion was of an original ethical monotheism in the most primitive human societies, which subsequently devolved, but most probably originated from an Uroffenbargung (a primitive revelation).” (114)

A contemporary evangelical, Winfried Cordun, has shed new light on Schmidt’s work and methodology. Strange quotes his work in support of his own:

Strange argues “If Schmidt’s conclusions are correct, then they provide confirmatory extra-biblical support to the exegetical and theological arguments I am advancing from the Genesis account.” (117) He quotes Schmidt to press his point:

All of the earliest ancient cultures unanimously state that the Creator himself lived with men on earth and taught them all these things as he discoursed intimately with them. This testimony which resounds from ancient cultures which are spread all over the globe cannot be ignored or passed over for another reason. (119)

Schmidt's ethnographic evidence, then, supports Strange's contention that the variegated religious streams actually have one font: Elohim, the Creator and God of the Bible.

In summary, Strange argues “there is a historical remnantal revelation within religious traditions, which, though entropically distorted over time...gives us a comparative theological explanation of ‘commonalities’ and ‘continuities’ between religious traditions, for example certain events, themes, and archetypes.” (120)

This post merely scratches the surface of Strange’s engaging, informative work. If you have any interest in a theology of religions, interact with his analysis of other religions. You would be hard pressed to find a more detailed, compressive, biblical faithful work.