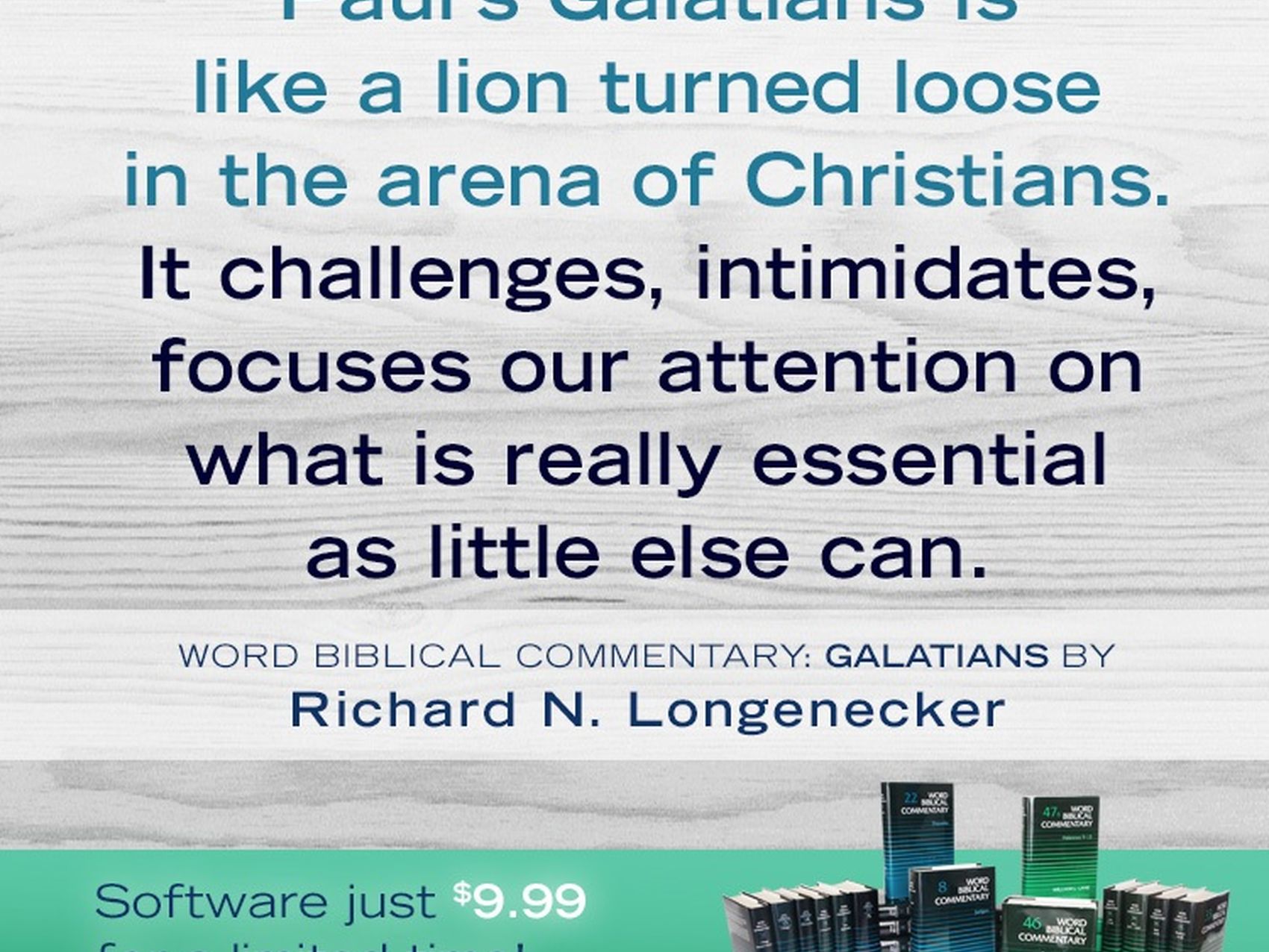 This includes Richard N. Longenecker's classic volume on the Book of Galatians. Read an excerpt from Galatians below, and then buy it now to save about 70% off the original price!

Buy Galatians in the WBC bundle at WORDsearch