What does it mean to play the role of a pastor?

I wrestled with this question almost daily when I was in vocational pastoral ministry, probably because I wore so many hats: visionary, leader, planner; counselor and crisis manager; teacher, preacher, motivator.

But there’s another aspect that’s often neglected in pastoral ministry, even sidelined as inconsequential:

Todd Wilson and Gerald Hiestand aim to change this with their new book The Pastor Theologian by recovering and retrieving the ancient theological vision for ministry and role of the "pastor theologian."

Pastor theologians aren’t extinct, but sightings are rare…We expect our pastors to be able to preach; we expect them to know how to lead; we expect them to be good at solving problems and giving direction…But we no longer view the pastorate as an intellectual calling.

Read their excerpt and engage their book to gain a fresh, deeper, more true understanding of your role as Christ’s undershepherd.

Pastors don’t know who they are or what they are supposed to be. Perhaps no profession in the modern world suffers from a greater lack of clarity as to the basic requirements of the job. This reveals what is nothing less than a crisis of identity, which surely contributes to the high levels of burnout among pastors — and the sometimes insane attempts to conceal this burnout with various forms of self-medication, from booze to pornography to complete emotional disengagement and resignation. In the words of Princeton Seminary President M. Craig Barnes, the hardest thing about being a pastor today is “confusion about what it means to be the pastor.”

Identity is, of course, a trendy topic. But that doesn’t mean it ought to be taboo for intelligent conversation. It’s a trending topic for a reason; our world is rootless, ephemeral. Many of us, pastors not least, feel like anxious and unscripted stutterers, to borrow a phrase from Alasdair MacIntyre. We’ve somehow lost the script that tells us who we are, what part we play, what to wear, when to come on stage, what to say, who to interact with. In the case of the pastoral vocation, this is an especially acute problem because we’ve lost touch with the ancient traditions of the church. What was once a readily accessible and compelling vision of the pastorate is now buried under six feet of dirt.

Hence, this book, which is our modest attempt to help resurrect a once-thriving but now-deceased vision of the pastor, namely, the pastor theologian.

In 2006 we cofounded the Center for Pastor Theologians (CPT), an organization dedicated to assisting pastors in the study and written production of biblical and theological scholarship, for the ecclesial renewal of theology and the theological renewal of the church.  That’s a mouthful, but what it means is this: the Center’s mission is to help pastors provide intellectual leadership to the church and to the church’s leaders.

The Center is pursuing a multipronged strategy to accomplish this goal. We have hosted numerous theological symposia in Chicago, sponsored two continuing study groups made up of pastors from all over the country, published an online and print journal, funded research fellowships, launched a national theology conference, and worked to capture the imagination of the next generation of pastors and theologians with the prospect of combining pastoral ministry and theological scholarship in the calling of the pastor theologian.

The pastors involved with the Center hail from a variety of church backgrounds and ecclesial traditions: Anglican, Presbyterian, Wesleyan, Messianic Jewish, Baptist, Lutheran, Pentecostal, Evangelical Free, and independent Bible church. Each has their own ecclesial convictions and characteristics, yet all are united in their agreement that theological scholarship and the pastorate belong together.

But this assumption of the CPT and its pastors is not at all common within North American evangelicalism. By and large, pastors aren’t viewed as theologians, but as practitioners. As such, pastors who desire to do robust theological work for the good of the church find they’re often misunderstood by both the academy and their congregations. And the result? Frustration and, not infrequently, isolation.

We recall the first gathering of our second CPT study group. After a scrumptious dinner of Chicago’s finest pizza, we gathered in the living room to share highlights and, yes, lowlights from the previous year of ministry. There were a dozen relatively young pastors, all of whom had or were completing PhDs in various theological specialties. Most were meeting one another for the first time. As they began to share about their ministries, each spoke of the tension they felt between their pastoral work and their desire for theological scholarship. In fact, as we worked our way around the room, there developed a palpable sense of “me too!” Until that moment, most of these pastors felt completely alone in their efforts to bring together what seemed like two diverging worlds. One dear individual, so overwhelmed to be at last with fellow travelers, broke down and began to cry.

These study groups continue to meet each year, and we now joke that our first gathering was like a meeting of Alcoholics Anonymous — each pastor taking his turn to confess to being a pastor theologian, while the rest of us in the circle offered a sympathetic smile and nod of the head as our affirmation of support.

Pastor theologians aren’t extinct, but sightings are rare. This is because pastors no longer traffic in ideas. They cast vision, manage programs, offer counsel, and give messages. We expect our pastors to be able to preach; we expect them to know how to lead; we expect them to be good at solving problems and giving direction. None of this is inherently wrong. Indeed, all of these are important pastoral tasks.

But we don’t expect pastors to be theologians, certainly not scholars, at least not of a professional variety. Intellectually speaking, we expect pastors to function, at best, as intellectual middle management, passive conveyors of insights from theologians to laity. A little quote from Augustine here, a brief allusion to Bonhoeffer there. That’s all.

This vision of the pastor as intellectual middle management is understandable, as far as it goes. A pastor ought to translate the ideas of the theological community into the language of the average Christian. But here’s the rub. We no longer expect a pastor to be a bona fide, contributing member of the theological community. Sure, he may have spent a few years on the academic mountaintop, listening to the voice of the scholarly gods, before descending to his own congregation with a few choice oracles from heaven. But that heady atmosphere isn’t his natural habitat; he’s called to more pedestrian concerns like budgets and buildings, small groups and services, leadership meetings and pastoral visitations.

But as we will suggest in the pages to follow, this division of labor between the intellectuals and theologians, on the one hand, and the pastors as practitioners and translators, on the other, departs from historical precedent. In the not-so-distant past, and in many of the church’s richest traditions, the pastorate was considered one of the most scholarly of vocations.

By Gerald Hiestand and Todd Wilson

Jeremy Bouma
Jeremy Bouma (Th.M.) has pastored on Capitol Hill and with the Evangelical Covenant Church in Michigan. He founded THEOKLESIA, which connects the 21st century Church to the vintage Christian faith; holds a Master of Theology in historical theology; and makes the vintage faith relevant at jeremybouma.com.
Next Post
[Common Places] New Studies in Dogmatics: Election 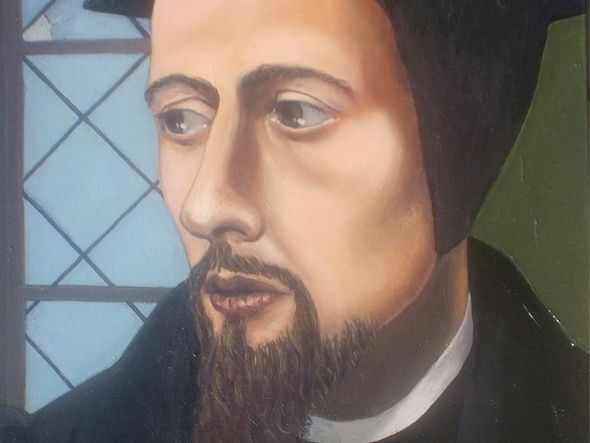 [Common Places] New Studies in Dogmatics: Election When thinking about the doctrine of election is it impossible not to stand in the shadow of great thinkers that have gon...
Your form could not be submitted. Please check errors and resubmit.