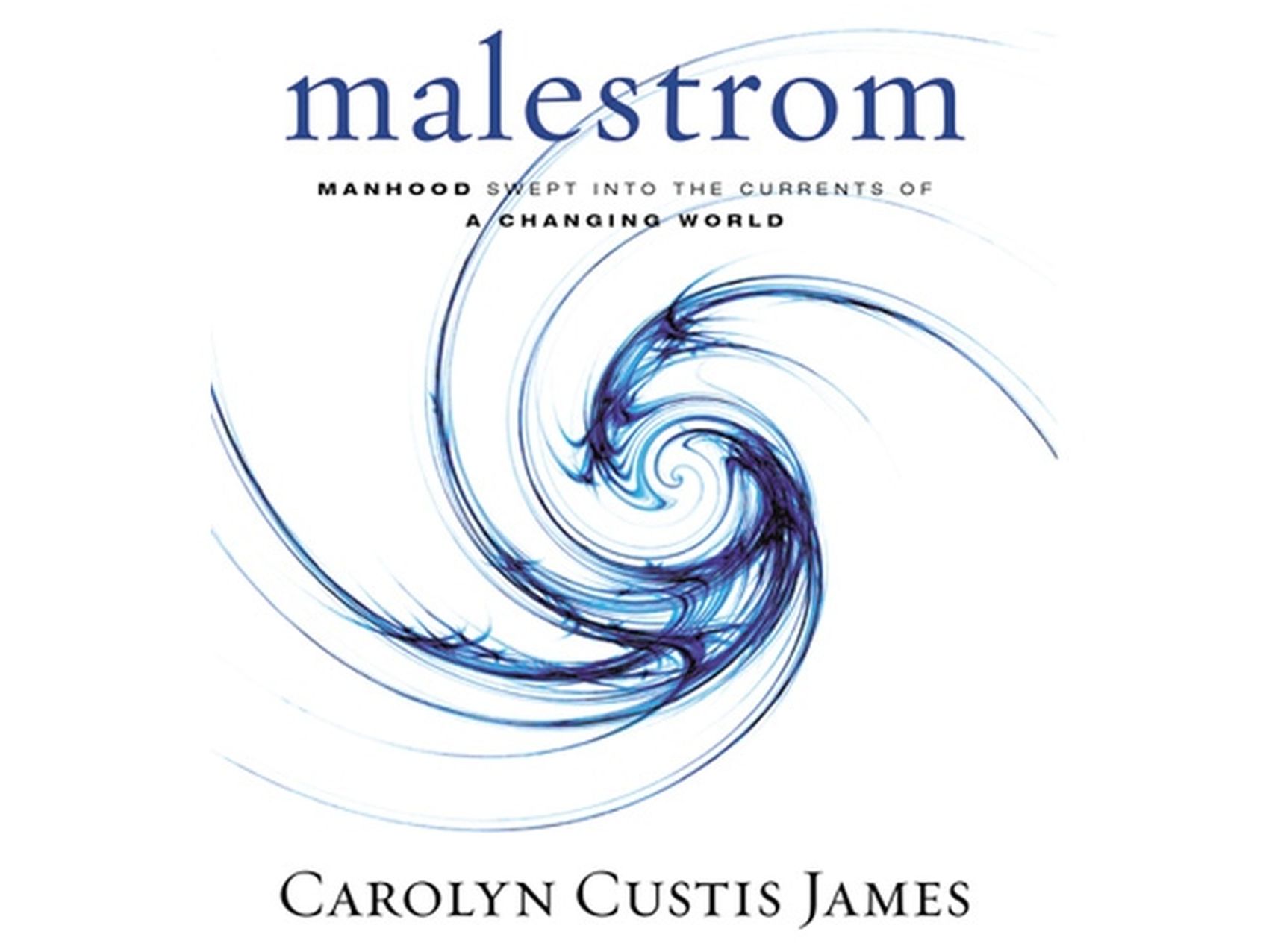 A leading psychologist recently warned that young men are facing a crisis of masculinity due to excessive use of video games and pornography.

Men have lost sight of who God created them to be as human beings and as men. (21)

Video games and pornography are twin polarities of the fonte that's feeding and fostering this global crisis of masculinity: violence.

The excerpt below sets the stage for her book by outlining the underestimated, insidious connection between the crisis of masculinity and violence.

"What has until recently gone unnoticed," James notes, "is how the malestrom touches down in the lives of men and boys who on the surface...seem to escape all this violence but who are nonetheless also victims."

Read this excerpt and consider its implications, then engage her book. She will help you help the men God has entrusted to you regain sight of God's original vision for his sons.

As I write, the media is ablaze with reports of appalling levels of violence around the world. The Middle East is a cauldron of warfare with Hamas and Israel acting on the ancient Near Eastern ethic of lex talionis (eye-for-an-eye retaliation) with rocket fire and guided missiles. City after city in Iraq has fallen to the relentless march of ISIS militants, accompanied by savage executions of Iraqi citizens—not only Shia Muslims, but also Christians, Yazidis, and other religious minorities—that shock the sensibilities of the civilized world. The Ukraine is embroiled in a bloody civil war with rebels fueled by Russian military sup- port. Here at home, US cities are smoldering with racial unrest and angry protests after police shot and killed an unarmed black male youth in Ferguson, Missouri. Another school shooting (accompanied by the young male gunman’s suicide) devastates and forever alters a quiet suburban community. By the time this book rolls off the presses, new calamities will be dominating the news.

These tragic events have one thing in common: male violence. (Yes, women are involved in this bloodshed, but they represent a tiny fraction of this insanity.) Dare I say it? This is the history of the planet in microcosm — men killing others. In the beginning, the first sin after the fall was Cain’s killing of Abel.

Lest we underestimate the connection between the malestrom and male violence, perhaps we should consider the comments of anthropologist David Gilmore who explicitly linked “masculine pride” to violent conflicts in the world. He asserts that such violence is “as much a product of a manhood image as . . . political and economic demands.” Sociologists are all too aware that there is an insidious link between masculinity and violence that fuels many of the wars that rage across our world.

The need to establish and maintain one’s manhood drives men into violent actions and exerts constant pressure for men to prove themselves. It fuels aggression, competition, and self-interest, and creates countless casualties at the giving and receiving ends of violence and injustice. It feeds the illusion that behind every change in the culture, every alteration in circumstances, lurks a threat to one’s right to call himself a man.

Malestrom violence is often directed toward other men. They are humiliated and stripped of dignity as human beings and demeaned as men by the downward currents of injustice, systemic poverty, racism, classism, homophobia, xenophobia, bullying, and a plethora of other abuses inflicted largely by other men. A staggering 30 percent of those who are trafficked globally for forced labor or sex are men and boys—a number that roughly approximates the entire population of New York City proper. In wars, countless men are slaughtered, permanently disabled, or left suffering with post-traumatic stress dis- order (PTSD)—scarred by what they’ve witnessed, suffered, or inflicted on others. PTSD is not just a military issue; it plagues young men living in our inner cities. At the Center for Disease Control, it was noted “that children who live in inner cities experience higher rates of PTSD than do combat veterans, due in large part to the fact that the majority of kids living in inner city neighborhoods are routinely exposed to violence.”

What has until recently gone unnoticed is how the malestrom touches down in the lives of men and boys who on the surface (and even as far as they can tell) seem to escape all this violence but who are nonetheless also victims. They become emotional islands—unable to acknowledge, much less express their feelings. Through cultural conditioning that takes both benign and violent forms, they are cut off from significant God-given parts of themselves that lead to human wholeness for fear it will make them less of a man. There’s a social price to be paid for the boy who mistakenly manifests some culturally defined “unmanly” trait. A boy can be disqualified by a lack of interest in hunting, fishing, sports, cage-fighting, and other so-called “wild-man activities,” or if his natural gifts fall at the other end of the spectrum — arts, poetry, literature, for example. The social price this exacts can be devastating. Stephen Boyd reminds us:

We men are not inherently or irreversibly violent, relation- ally incompetent, emotionally constipated, and sexually compulsive. To the extent that we manifest these characteristics, we do so not because we are male, but because we have experienced violent socialization and conditioning processes that have required or produced this kind of behavior and we have chosen to accept, or adopt, these ways of being, think- ing, and acting.

While there are lots of contributing factors to all these forms of violence, one explanation goes right to the heart of what this book is all about: Men have lost sight of who God created them to be as human beings and as men.

This is the malestrom’s ultimate triumph. It is a crisis of catastrophic proportions. Questions about the malestrom and man- hood are not localized western church issues. They are global, cultural, and timeless issues. It is not possible to engage the malestrom adequately if we persist in developing our theology of male and female cloistered within the controlled environment of a prosperous, privileged, white, middle-class, heterosexual, suburban demographic. We won’t ask the right questions and we can’t count on our answers if we only have this narrow subgroup in mind. To paraphrase for men what I wrote for women,

a global conversation safeguards us from proclaiming a prosperity gospel for [men] that works for some (at least for a time) and is utterly crushing to vast numbers of [men] in our own culture and elsewhere in the world.... Global thinking raises deeper questions and sends us in search of answers that are expansive and dynamic enough to frame every [man’s] life from birth to death. Within this wider global context, we will discover the true strength of God’s message for [men]. . . . This is where we will plumb the depths of God’s love for his [sons] and see for ourselves that no life is ever beyond the reach of the gospel’s restorative powers, no matter how a [man’s] story plays out. Until we go global, we can never be sure of our questions, much less the answers we affirm.

Widening this discussion to the global level not only gives us greater respect for the complexities that men and boys are facing, it also means we cannot get away with simplistic solutions men everywhere can’t count on and that are ultimately hurtful.

This may seems quite obscure on first reading, especially if one is unfamiliar with Paul’s language. In essence, he explains that God is battling evil forces (“the rulers and authorities in the heavenly realms”) in a war Jesus has already won. But where is the evidence of that victory? What is God’s secret weapon to let the world know it has happened? It is the church, no less! If that seems quite the miscalculation today (in light of its reputation), we easily forget how utterly ridiculous it would have sounded in Paul’s day.

Jeremy Bouma
Jeremy Bouma (Th.M.) has pastored on Capitol Hill and with the Evangelical Covenant Church in Michigan. He founded THEOKLESIA, which connects the 21st century Church to the vintage Christian faith; holds a Master of Theology in historical theology; and makes the vintage faith relevant at jeremybouma.com.
Next Post
[Common Places] New Studies in Dogmatics: Christology 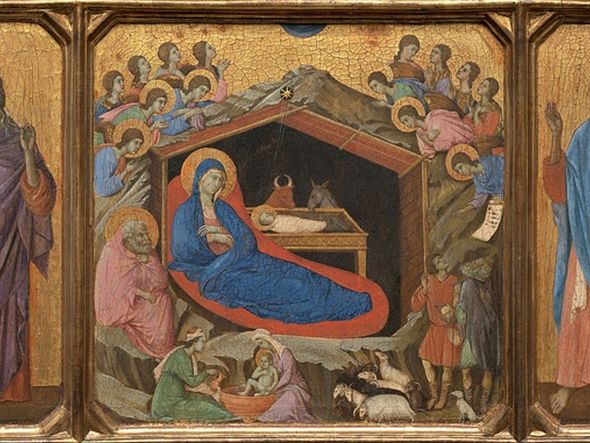 [Common Places] New Studies in Dogmatics: Christology Christology is an area of particular dogmatic weakness for evangelical theology. So, when I signed up to write the Chri...
Your form could not be submitted. Please check errors and resubmit.