The Most Significant People, Places, and Events in the Bible: Joseph 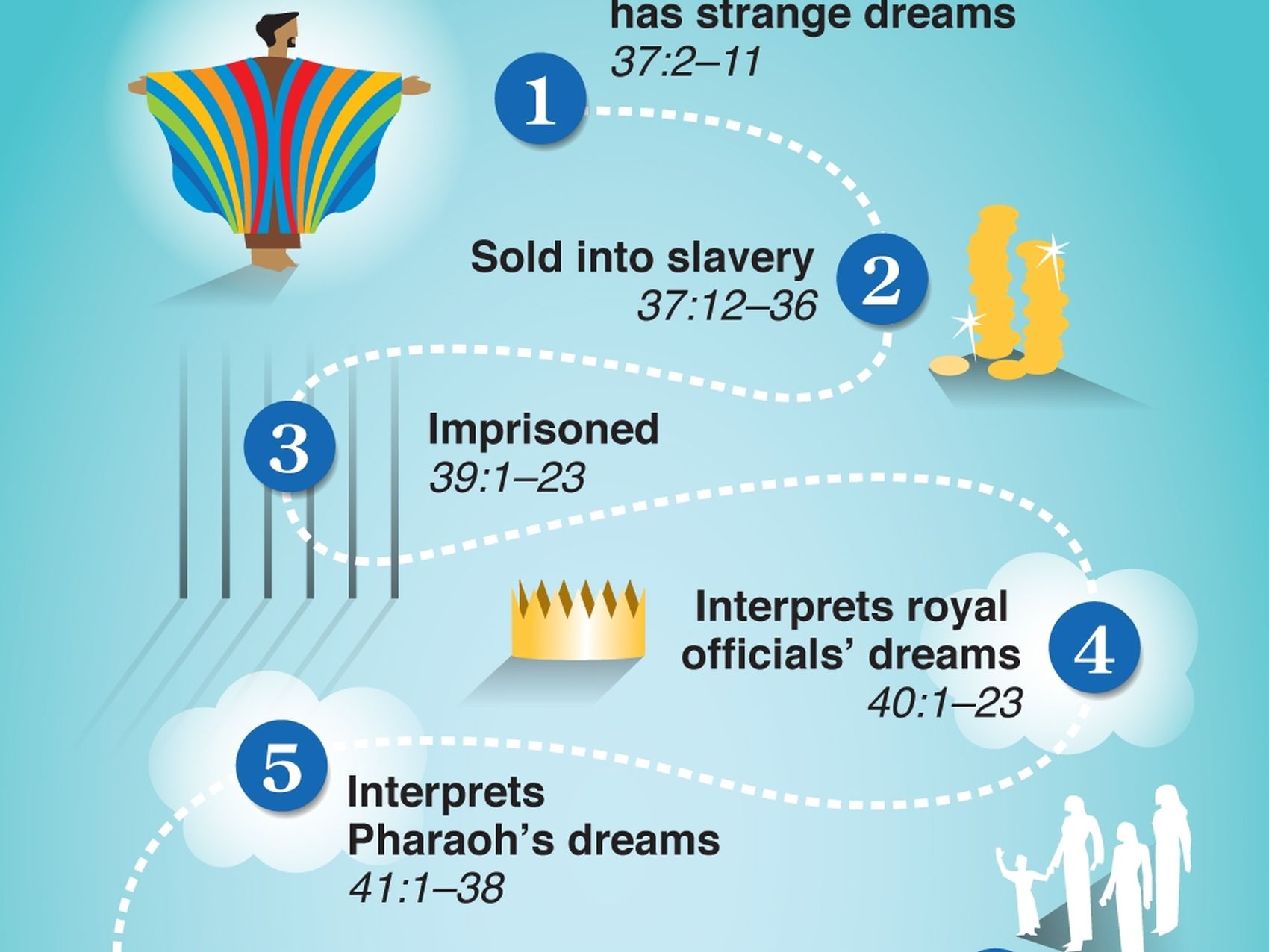 If you've been a teacher or pastor for long, you know that people learn in different ways. In fact, much human understanding occurs visually. When it comes to quickly grasping and retaining information, the human brain functions best with a combination of both words and pictures.

That’s where a new innovative, helpful resource from Zondervan comes in, called The Most Significant People, Places, and Events in the Bible.

Like an infographic survey of Scripture, this visual guide to the Bible makes it accessible and memorable for students, laypeople, and anyone curious to know more about God’s Word. In under 200 pages it presents dozens of at-a-glance snapshots that visually communicate key stories and insights in the Bible in an informative and understandable way through:

Today we are highlighting one of those character sketches: Joseph. In today's graphic (above) and excerpt below you will see how The Most Significant People, Places, and Events in the Bible brings vivid clarity to the overarching story of Scripture, helping people you're teaching or ministering to gain a greater understanding and appreciation for God's Word.

From a young age, Joseph learned from God that he was destined for great things. Joseph dreamed that his brothers and father would one day bow to him (Genesis 37:1 – 11). However, Joseph needed to continue to trust God through some difficult trials before realizing those visions.

When Joseph was young, his brothers sold him into slavery to rid themselves of his annoying habits (Genesis 37:12 – 28). Soon after Joseph received a promotion in his slave master’s house, he became the victim of more adversity. His master’s wife falsely accused Joseph of trying to seduce her, and Joseph was thrown into prison. But the Lord was with him (Genesis 39).

In prison, Joseph earned a position of notice. He helped his fellow prisoner, Pharaoh’s cupbearer, by interpreting his dreams. But when the cupbearer was released from prison, he neglected to mention Joseph to Pharaoh. Joseph remained a prisoner for two more years (Genesis 40; 41:1).

Ultimately, Joseph was given the opportunity to successfully interpret Pharaoh’s dreams. Pharaoh then promoted him as second-in-command over all Egypt (Genesis 41), providing a great example of how “in all things God works for the good of those who love him, who have been called according to his purpose” (Romans 8:28).

In the end, Joseph’s family did bow to him. When it happened, Joseph demonstrated incredible humility and faith by assuring them that what they had planned for evil — his brothers selling him into slavery — God had meant for good.

Hebrews 11:22 tells us, “By faith Joseph, when his end was near, spoke about the exodus of the Israelites from Egypt and gave instructions concerning the burial of his bones.” To the end of his life, Joseph continued to trust God and believe God’s promise that the Israelites would one day return to the Promised Land.