Gender and Sexual Identity: We Need a Fresh Perspective for Our People 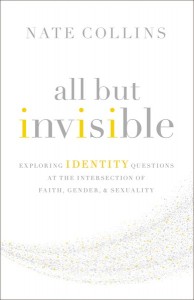 For many years the intersection of gay identity and Christian identity in the United States was a virtual no-man’s land. Nate Collins is one of the more recent voices bridging that gap with his new book All But Invisible.

While similarly-focused books emphasize the biblical and theological issues surrounding faith, gender, and sexuality, Collins provides a renewed vision of gospel flourishing for LGBT people by speaking from his own experience as a gay man in a mixed-orientation marriage.

Collins is committed to helping churches include LGBT people in the family life of the church. But first, he addresses two big-picture problems facing Christians who want to explore identity questions at the intersection of faith, gender, and sexuality.

This first problem is a fundamental issue, because “in general, evangelical Christians lack a clear vision of what the abundant life that Christ promises his followers might look like for gay people” (21).

How can gay people flourish alongside their brothers and sisters within the believing community? How does it look for gay and straight people to find and experience the abundant life together?

At the heart of Collins’s vision is Christ’s own vision: discipleship, and the spiritual life of the local church. Yet Collins contends “some churches are not lifegiving places for gay people who are in need of gospel community” (22). He lists three reasons for this vision problem:

Collins reminds us that “nobody experiences the beautiful bride as a perfectly pure and holy bride”—which is why it’s so important that we identify the vision problem and its related difficulties” (23) for the sake of LGBT peoples’ discipleship.

Then there is the idea problem, where “Western evangelical theological discussions about gender and sexuality typically start with clear-cut propositions about marriage and sexual ethics that are balanced on a flimsy tripod named discipleship” (23–24). Two practices illustrate.

The first practice is how Christians have approached dividing the topic into three components: behavior, attraction, and identity.

The second practice manifests itself in the distinction between external behavior and internal desire, which unhelpfully blurs the boundaries between behavior, attraction, and identity.

The danger of ignoring the blurred boundaries becomes especially real when we try to answer the question, What is it about being gay that is sin or sinful? If “practicing homosexuality” (as the TNIV translates 1 Cor. 6:9) is sinful, what exactly does that refer to? (27)

Collins points out that answers to these questions are complex, not simplistic, and often our answers are weighted by assumptions, which cause problems.

A Way Forward through These Problems

It’s only after solving these twin problems inside the church—the vision to care for LGBT people; understanding the lived experience of LGBT people—that “we can set our sights on our witness to [the] world with greater boldness” (28).

Preston Sprinkle says of All But Invisible: “Collins asks questions and develops fresh categories regarding orientation and identity, and he does so in a thorough yet accessible way.”

Read Collins’ book yourself to see why Sprinkle says, “This truly is a valuable contribution to the discussion and not just yet another book to be thrown on the pile of LGBTQ books.”

Jeremy Bouma
Jeremy Bouma (Th.M.) has pastored on Capitol Hill and with the Evangelical Covenant Church in Michigan. He founded THEOKLESIA, which connects the 21st century Church to the vintage Christian faith; holds a Master of Theology in historical theology; and makes the vintage faith relevant at jeremybouma.com.
Next Post
What James means by “Faith without works is dead” 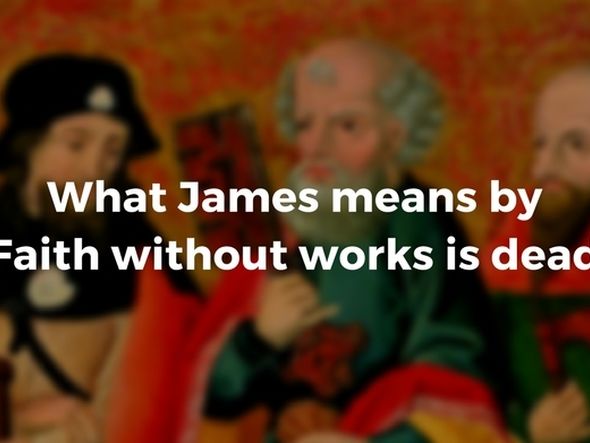 What James means by “Faith without works is dead” This post is adapted from material found in A Theology of Peter, James, and Jude, an online course taught by Peter H. Da...
Your form could not be submitted. Please check errors and resubmit.