What is Christological Anthropology? 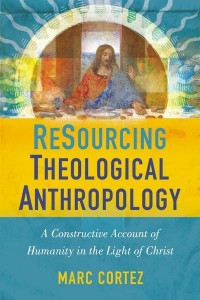 What does it means to be human?

Although Christians have answered that “Jesus reveals what it means to be human,” this orthodox truism isn’t all that helpful. That’s what theologian Marc Cortez concluded when he started reading in theological anthropology:

I was struck by how often I would encounter [this claim] with little or no explanation of what such a statement means or how it should inform our understanding of specific issues in anthropology. (18)

His new book ReSourcing Theological Anthropology addresses that lack by offering an account of why theological anthropology must begin with Christology, centered around three key questions:

Cortez's constructive account of humanity in the light of Christ “contends that Christology plays a unique and necessary role in anthropology” (20). Below are a few brief insights from his introduction.

For instance, turning to the Old Testament many contend that in Adam and Eve, the history of Israel, and Hebrew wisdom literature there is plenty of material for reflecting on what it means to be human. “Although this clearly qualifies as theological reflection on the nature of humanity, many would argue that none of this material depends on Christology in any direct way” (19).

Further, given “the New Testament and the early creeds both seem to presuppose that we already know what it means to be human before Jesus arrives on the scene,” many Christian theologians approach anthropology theologically rather than christologically.

Hebrews suggests that, rather than revealing what it means to be human, Christology assumes a preexisting understanding of anthropology, taking that as the starting point for affirming that the Son became human in the incarnation. Similarly, the Chalcedonian Definition emphasizes that the incarnation involves the Son becoming “truly Man,” not bothering to articulate the anthropological content of that claim.... (20)

Given the above, several theologians insist the assumptions of human nature are independent of christology. Which requires "the necessity of distinguishing between broadly theological approaches to anthropology from more specifically christological ones” (20). For his part, Cortez argues Christology offers a unique and necessary role in anthropology, not merely additional insight.

John Calvin is an example of someone who offers a minimal christological anthropology. “He clearly uses Christology to warrant important claims about the human person, especially with regard to the imago Dei, but it does not seem to be the case that he orients his knowledge of the human person entirely around Christology” (21).

This contrasts sharply with the approach taken by someone like Karl Barth, ”who contends that anthropology must be 'christologically determined' from beginning to end” (21).

"My real focus in this volume is on providing resources for developing comprehensively christological anthropologies today" (21). His volume roots claims about the nature of humanity firmly and ultimately in Christology.

Yet these roots aren't the kind one might expect: the incarnation. “While the incarnation requires that Jesus be fully human, as opposed to only partly human, we will need something more to ground the further claim that his particular humanity has fundamental significance for understanding humanity in general” (22). There are a few reasons for this.

For one, although people suggest Jesus only exemplified sinless humanity—thus giving insight into God’s original purposes for our own humanity—we still “need to account for the fact that Jesus lived in a broken world and that his human existence was shaped in at least some ways by the reality of sin” (22), like his suffering. Further, though we may have a perfect instance of humanity, “it is not clear how merely claiming that one particular instantiation of humanity is flawless”—i.e. the incarnation of Christ—“would make it paradigmatic for understanding the rest” (23).

More significantly, Christ’s incarnation cannot inform our anthropology because it suggests his own humanity diverges from us. “He alone is the one who unites both divine and human natures in himself, rendering him radically unlike all other humans.” Therefore, rather than offering us a paradigm for our humanity, the incarnation actually negates it.

“Consequently, appealing to the incarnation alone will not suffice to ground the anthropological centrality of Christology…we will need to look further.”

Jeremy Bouma
Jeremy Bouma (Th.M.) has pastored on Capitol Hill and with the Evangelical Covenant Church in Michigan. He founded THEOKLESIA, which connects the 21st century Church to the vintage Christian faith; holds a Master of Theology in historical theology; and makes the vintage faith relevant at jeremybouma.com.
Next Post
When Was Acts Written? 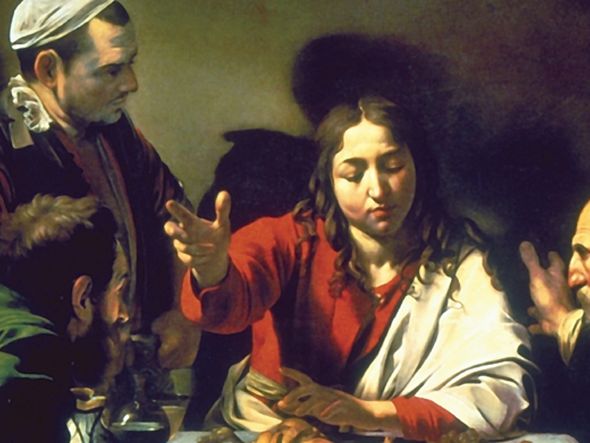 When Was Acts Written? This post is adapted from Darrell Bock's Theology of Luke and Acts online course. To determine when Acts was written, w...
Your form could not be submitted. Please check errors and resubmit.