Who are the Nephilim in Genesis 6? 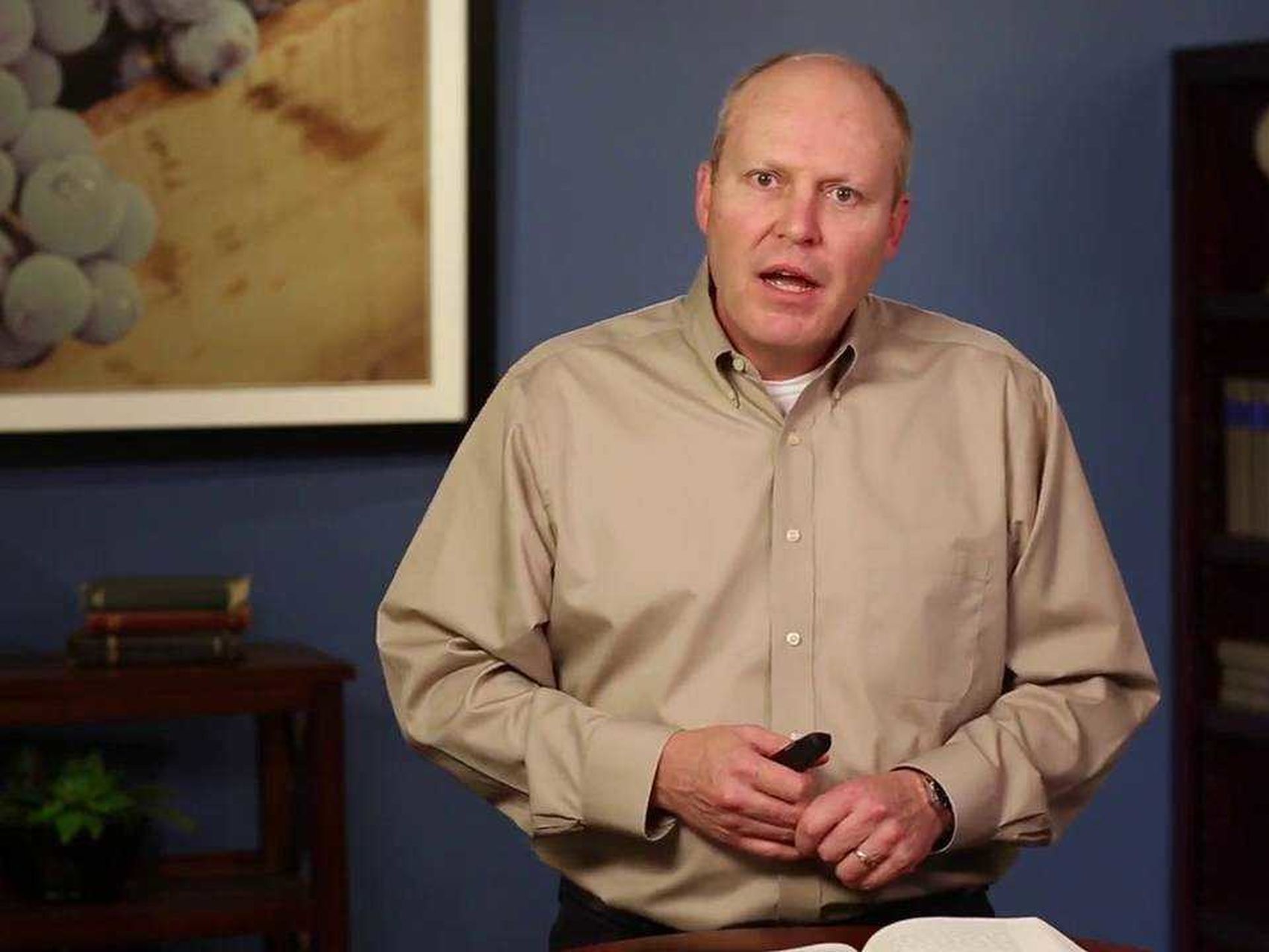 Genesis 6:4 reads: “The Nephilim were on the earth in those days—and also afterward—when the sons of God went to the daughters of humans and had children by them. They were the heroes of old, men of renown.”

This is an incredibly confusing passage. We know almost nothing about the Nephilim. Who were these people, and why are they important to the surrounding narrative in Genesis?

Before we attempt to answer that, let’s take a look at the broader context. Genesis 6:1–4 reads:

When human beings began to increase in number on the earth and daughters were born to them, the sons of God saw that the daughters of humans were beautiful, and they married any of them they chose. Then the Lord said, “My Spirit will not contend with humans forever, for they are mortal; their days will be a hundred and twenty years.” The Nephilim were on the earth in those days—and also afterward—when the sons of God went to the daughters of humans and had children by them. They were the heroes of old, men of renown.

The three most common answers to the identity of the sons of God (or gods) in Genesis 6 have been:

Each view uses the biblical context for support. Let’s take a closer look:

1. The “sons of God” are fallen angelic beings

The contrast between sons of God and daughters of humans makes it seem as if the former may not be human. This view was held from pre-Christian times.

Often this view has been combined with the view that the “Nephilim” were giants, the logic being that the offspring of angelic and human relations could be physically large in size. (More on that in just a moment.)

The second view—the sons of God were men from the line of Seth—is based on the two genealogies, Cain’s and Seth’s, which immediately precede this context.

The rhetorical force of Adam in the likeness of God and Seth in Adam’s likeness (Gen. 5:1–3) suggests to proponents of this view that the Sethites can be considered sons of God in that sense.

If Seth is in Adam’s likeness because he is Adam’s son, and Adam is in God’s likeness, then Adam is a son of God.

It is thought that the two human lineages, one more wicked and one more godly as typified by Lamech and Enoch respectively, began to intermarry and became corrupt.

3. The “sons of God” are from the line of Lamech

The third view—the sons of the gods are the tyrannical dynasty of Lamech—was formed by noting the quasi-divine and celestial language often used by ancient peoples regarding royal personages.

The description of their offspring as “heroes of old, persons of name” appears, for the proponents of this view, to lend credence to their military or political dominance. Moreover, ancient rulers slept with any women they desired (see 12:14–16; 20:2). In this case, these sons of the gods intermarried with the daughters of humans.

Who are the Nephilim?

The word “Nephilim” is the Hebrew word spelled with English letters that sound similar.

The translators of the Septuagint used the Greek word for “giants” to translate the Hebrew term nepilîm.

There are several reasons for their decision.

The ten scouts called the large-sized Canaanites “Nephilim” (Num. 13:33); they were described as “heroes of old, persons of name,” which could give them a legendary sort of stature; and, again, perhaps their fathers were angelic and so they could be physically large.

Neither of the first two reasons are adequate. The spies were fabricating a myth in Numbers 13:33, and “heroes of old, persons of name” does not need to be related to physical stature.

The third line of reasoning is a hypothesis built on top of another hypothesis, thus it is weak. Even if the Nephilim were the “biological” offspring of “angelic men” and human women, there is no way to know whether this would affect their physical stature.

The Hebrew word for Nephilim probably means something like “fallen ones.” In my view, translating it as “fallen ones,” whoever or whatever they were, captures the spirit of the passage.

What is the meaning of the phrase “and also afterward”?

This is a difficult phrase for all of the above combinations of views because the Nephilim were killed in the flood.

Three of the many ways that this phrase can be interpreted are as follows.

I think any of these three may work, but it is hard to say which because of all of the other difficulties here.

A reader who is looking for “my view” may have noted that I took a position on the Nephilim as fallen ones, but did not commit to any of the other views.

The reason for this is that I do not know. Over the course of years I have favored, at different times, most of the various positions discussed above. If it were important for me to take a position on the identity of “the sons of God (or gods)” today, I slightly favor the view that the passage was referring to legendary beings because of the contrast to “daughters of human beings.”

What this means for us

Many of the “sin stories” in the Torah exhibit a kind of ambiguity as is evident here. That is, narrative clues seem to lead in different directions simultaneously, thus creating competing readings.

It is my thinking that the sin stories have been written with intentional ambiguity to invite readerly study and conversation, and resist conclusive readings. The stories of the sins of Cain, Ham, Aaron’s sons, and Moses and Aaron are each debated by interpreters as to what exactly the sins were.

I think the sin of Genesis 6:1–4 likewise is hidden by the narrator to invite readers to engage the story through the ages. It worked.

I submit that whoever or whatever the sons of God or the sons of the gods were and whoever the daughters of humans were, the narrator’s interpretation of the significance of the situation is clear enough. The wickedness of humankind escalated to such a level that God was grieved that he had made human beings and was planning to damn them all (Gen. 6:5–7).

The narrator’s view of the problem of human sinfulness is the key issue. Biblical readers are welcome to debate and choose among the various interpretations and/or guesses, but they should not neglect the prevailing wickedness of the human race.

Yet there was Noah’s family.

The earth was corrupt and full of violence. God determined to kill everyone but to save Noah and his family and two of every kind of animal, seven of each of the clean animals (a distinction made in the book of Leviticus), in order to begin anew.

Learn more about the difficult passages in the first five books of the Bible. Sign up for The Torah Story, an online course taught by Gary Schnittjer, Professor of Old Testament at Cairn University.

Take a look at the course preview:

This post is adapted from material found in The Torah Story online course, taught by Gary Schnittjer. 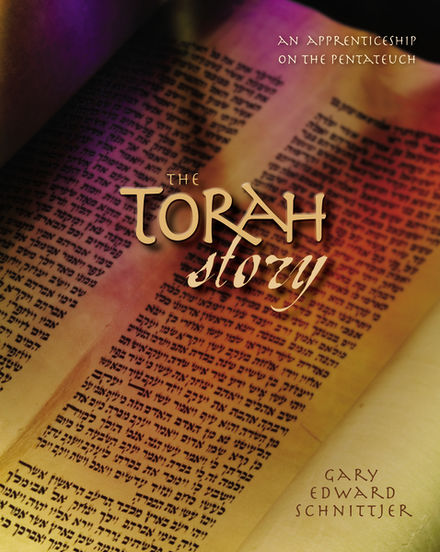 The Torah Story Gary Edward Schnittjer
Working knowledge of the Torah is essential for every serious student of the Scriptures. Written in an engaging and accessible voice, even while digging into di...
Hardcover, Printed
Not Available Request an Exam Copy
Featured Course 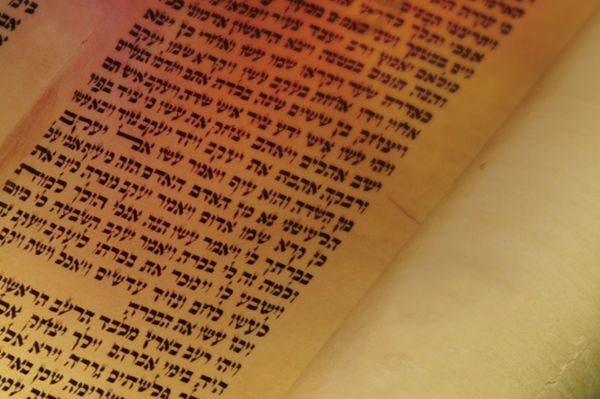 The Torah Story Instructor: Dr. Gary Schnittjer
The Torah Story course introduces the first five books of the Old Testament and helps students understand how these books contribute to the Bible’s ongoing story of salvation.
Course Details
View Course
Next Post
What Is the New Covenant?
What Is the New Covenant? “You must read the book with X-ray eyes, for it is an essential part of your apprehension of any book to grasp its struc...
Related Posts 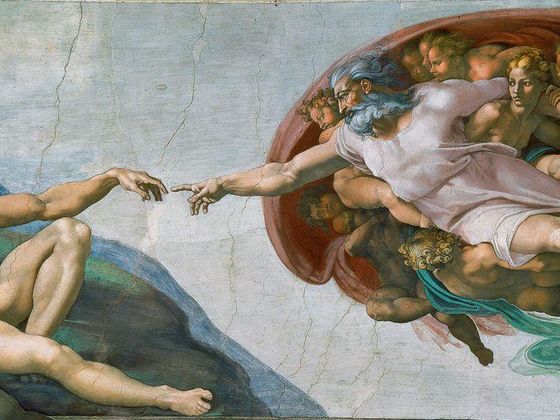 Understanding the Creation Story from Genesis How did the world begin? Was the world a cosmological mistake or an intentional creation? What existed before the universe as we know it? Questions like these have generated tons of discussi...
ZA Blog May 1, 2018 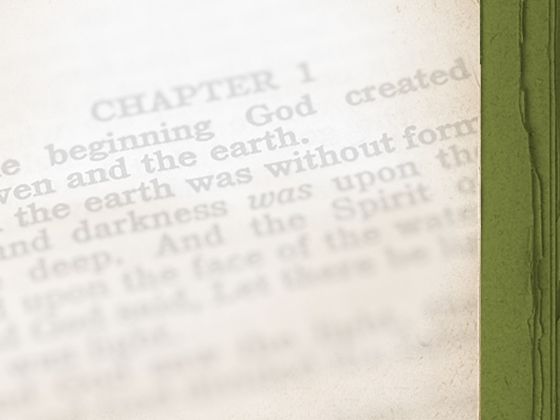 Genesis 1: In the Beginning “In the beginning, God created the heavens and the earth.” The Bible begins with these famous words in Genesis 1, laying the foundation for the rest of the Bible. Genesis 1:1–2:4a is the fir...
ZA Blog September 27, 2018